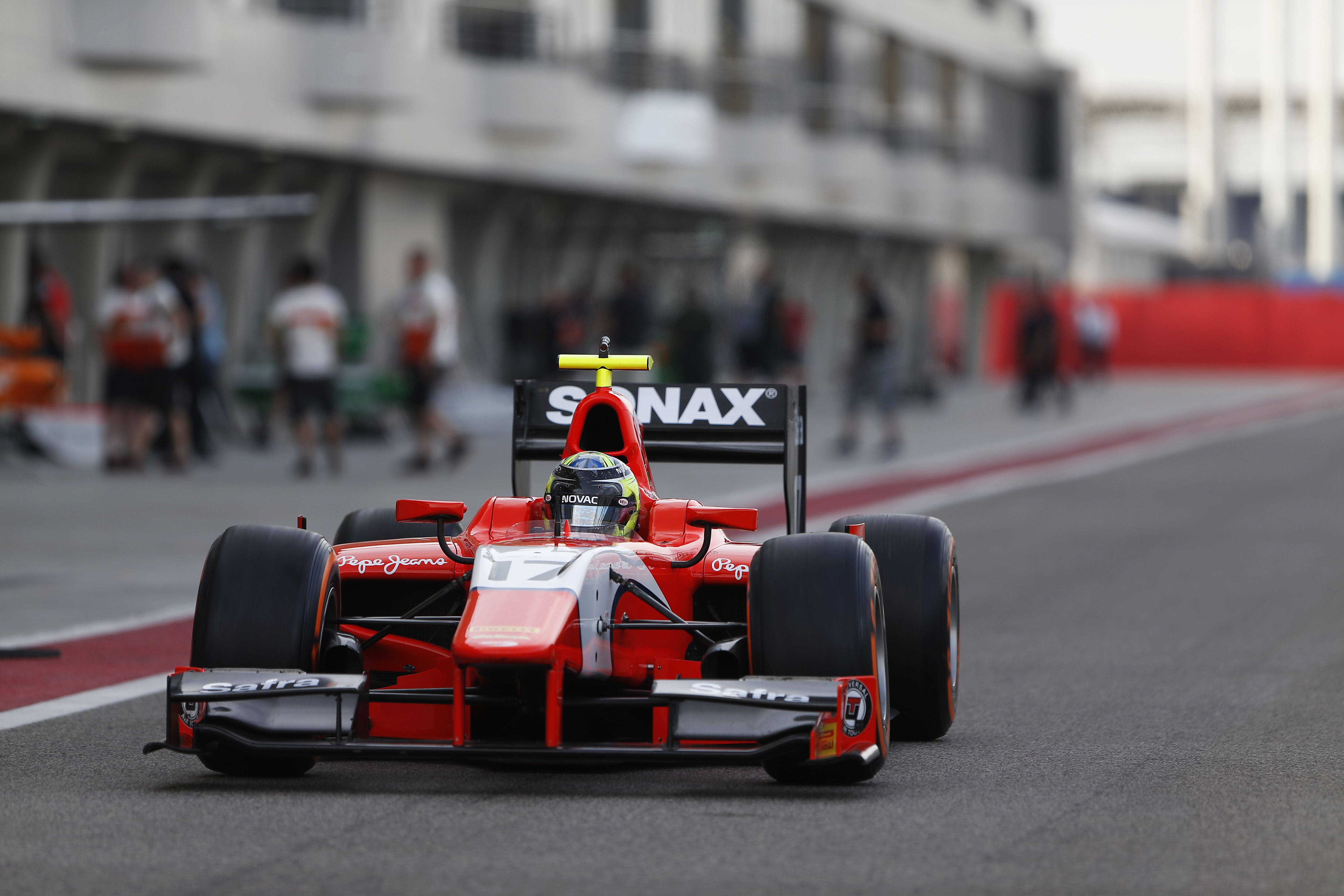 GP2 Series organisers have announced today that a DRS device will be introduced in the Series next season. CEO Bruno Michel talks about the decision.

Why has GP2 Series decided to introduce DRS next season?
We’ve always said that GP2 was able to produce some amazing races without the addition of DRS or any other devices, and once again the 2014 season has proved that with some close racing and exciting on-track battles. However, we also have to make sure that we keep in line with our mission statement: preparing the drivers for the next step, Formula One. Since the inception of the Series, we designed a car for a three-year cycle, but for the first time this year, we decided instead to keep the third generation car for six seasons, in order to cut the costs and support our teams. Therefore, the next generation car will be introduced in 2017 and our current chassis is already four years old. But, it is important to keep adding modifications – at a reasonable cost – that will slightly tweak the technical features of our car. Formula One is constantly evolving. It is impossible for GP2 to remain with the same car over a long period of time when its philosophy is to prepare the drivers for F1. Bearing this in mind, we thought that DRS was the best technical development to introduce and we discussed it with the teams over a year ago. They were all in favour of it as they felt it would make GP2 even more attractive to the drivers, but only if it was an identical system to the one used in F1. Finally, it is well known that some of the circuits on the calendar are renowned to be difficult in terms of overtaking opportunities – even for GP2. DRS will be an added value on those tracks.

What will the DRS device be like on the GP2 car?
It is imperative that the device we introduce is exactly the same DRS as the one used in Formula One. As I said before, we decided to add it to our cars in order to prepare the drivers for the next step. As such, it will not be a push-to-pass button or a way to be quicker on a lap. Our DRS will be the exact copy of the one used in F1, with the same DRS zones since we’re racing on the same tracks. The drivers will be able to activate it within one second of the car in front at the DRS detection point, with the same level of safety, and with the same suppliers. It will have a hydraulic activation to ensure there’s a very fast movement of the flap with a capacity to open at high speed.

How is that going to affect the budget for the teams?
When we discussed this with the teams over a year ago, they told us that the drivers who they are in contact with were eager to see DRS on the GP2 cars. So we evaluated the feasibility of it, and we could have introduced it last year, but we decided not to for economic reasons. We took the time to investigate ways to introduce it for a minimal cost, as our goal remains to keep on supporting our teams. The cost-cutting plan put in place this year will continue for next season in order to make sure that the introduction of DRS will not affect the teams.

The DRS will be tested on GP2 Series development car for the first time in late October in Europe and then again in December in the Middle East. The teams will receive the kit in January.