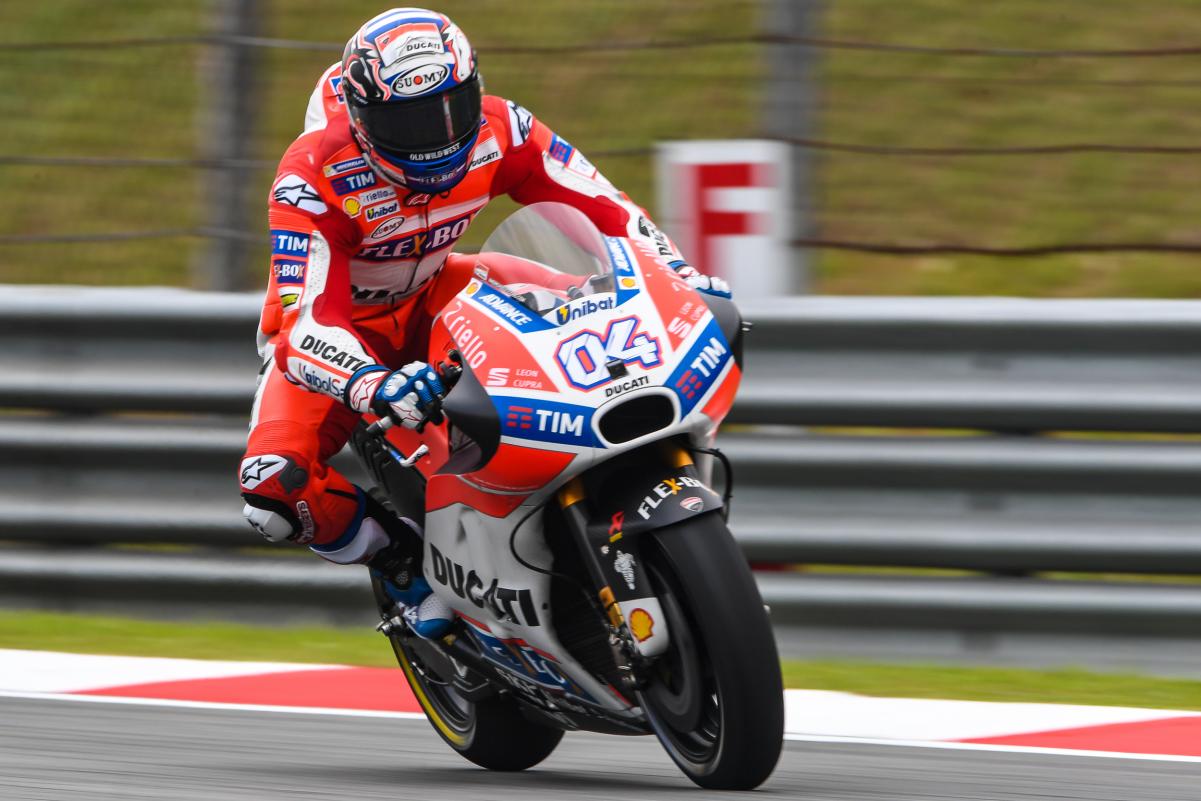 Andrea Dovizioso has won his sixth race of the season and brings home a one-two for Ducati Team as Lorenzo finishes second. Zarco gets his second podium after finishing third. Márquez has finished fourth, which makes that title is yet to be decided.

Before the start, during the sighting lap, Danilo Petrucci‘s bike stopped on track and the Italian rider had to come back to his box to take the second bike. He would start last.

Race started, with rain falling on the track, and, after lots of position changes, Johann Zarco took the lead, followed by Jorge Lorenzo, Marc Márquez and Andrea Dovizioso.

On the fourth lap, Dovizioso tried to overtake Márquez for the first time, but the Spaniard recovered the place on the next corner. Behind the top 4 riders, Dani Pedrosa was fifth and many riders were on unusal places due to the rain. Scott Redding was sixth, followed by Alex Rins, Loris Baz and both KTMs. On the other hand, Valentino Rossi was eleventh, with Maverick Viñales out of the points positions. Sam Lowes crashed.

On the next lap, Rins and Baz crashed. On lap 9, Lorenzo overtook Zarco and became the leader, and so did Dovizioso few corners later. Karel Abraham crashed. The Ducati riders left Zarco behind.

On lap 16, Lorenzo ran wide, almost crashed and was passed by Dovizioso. Everything remained how it was and Dovizioso gets his sixth win of the season. Ducati gets a one-two as Lorenzo has finished second, his third podium of the season. Zarco gets third place and cliches the independent riders championship. Márquez, Pedrosa, Petrucci, Rossi, Jack Miller, Viñales, Pol Espargaró, Álvaro Bautista, Smith, Redding, Hector Barberá and Cal Crutchlow complete the points zone.

These results allow Dovizioso to still be able to be crowned champion on the next race in Valencia, which will be held on two weeks. The gap between him and Márquez is 21 points. Viñales claims champiosnhip third place.