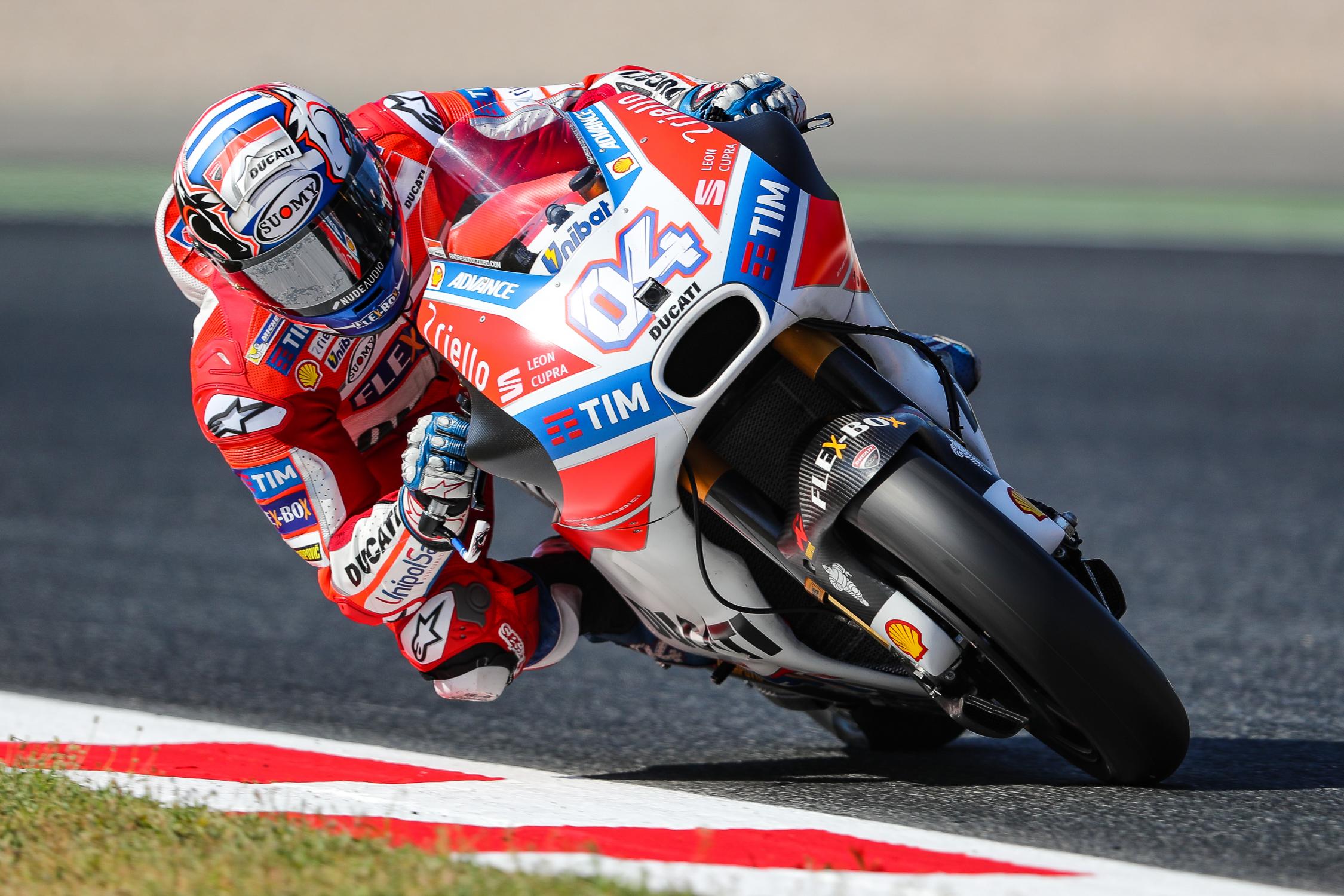 After a strange race, in which some riders have struggled with the tyre at the beginning but been fast at the end, or viceversa; Andrea Dovizioso has been the most constant rider and has taken his second win of the season, which puts him close to the championship lead.

The start was really messy. Dani Pedrosa stayed leading and Jorge in second. Behind, Danilo Petrucci‘s bike moved sideways and he touched with Marc Márquez. Luckily, this caused no crash. Maverick Viñales fell to 17th place on the start.

Before finishing the first lap, Lorenzo became the leader. Pedrosa had lost the lead and would also soon lost second place to his team mate. Behind them, Andrea Dovizioso were fourth and fifth respectively. Aleix Espargaró, who had put himself fourth on the start, was now losing places.

On lap 6, Márquez had already caught Lorenzo, and he overtook him on turn 10. The Ducati rider had to run a bit wide and Pedrosa passed him. Four turns later, Dovizioso took him third place. On the next lap, he got overtook by Folger and Petrucci. He had lost five positions in one lap.

The three top riders were now packed, and nobody seemed to have better pace to open a gap, and Folger was trying to join the battle. Behind, Aleix Espargaró suffered an engine issue and retired. Petrucci was riding fifth, alone, but behind him there was a group with Lorenzo, Álvaro Bautista, Valentino Rossi and Johann Zarco. Jack Miller crashed on lap 13.

On lap 17, Pedrosa lost the lead after several laps to Dovizioso. Folger had lost pace and Rossi was unable to improve from ninth, while Zarco, Bautista and Lorenzo were fighting for sixth. Two laps later, Márquez overtook Pedrosa for second and Petrucci passed Folger for fourth.

On lap 22, Lorenzo was sixth and got close to the fight for fourth. He needed no more than two corners to overtake both of them. These two riders were also caught by Zarco, and Petrucci crashed. On last lap, the French rider overtook his team mate for fifth place.

On the lead, Dovizioso performed fantastic last laps in order to open a gap with the Hondas and secure the win. Marquez has finished second, getting a solid amount of points and Pedrosa is third, which is a good result, but he hasn’t been able to perform as good as the rest of the weekend.

With these results, Viñales (10th today) is still leading the championship, but he’s only seven points ahead of Dovizioso. Márquez, Pedrosa and Rossi are third, fourth and fifth with 88, 84 and 83 points; respectively.