Home In the Spotlight Dovizioso confirms taking a year out, no MotoGP or racing in 2021 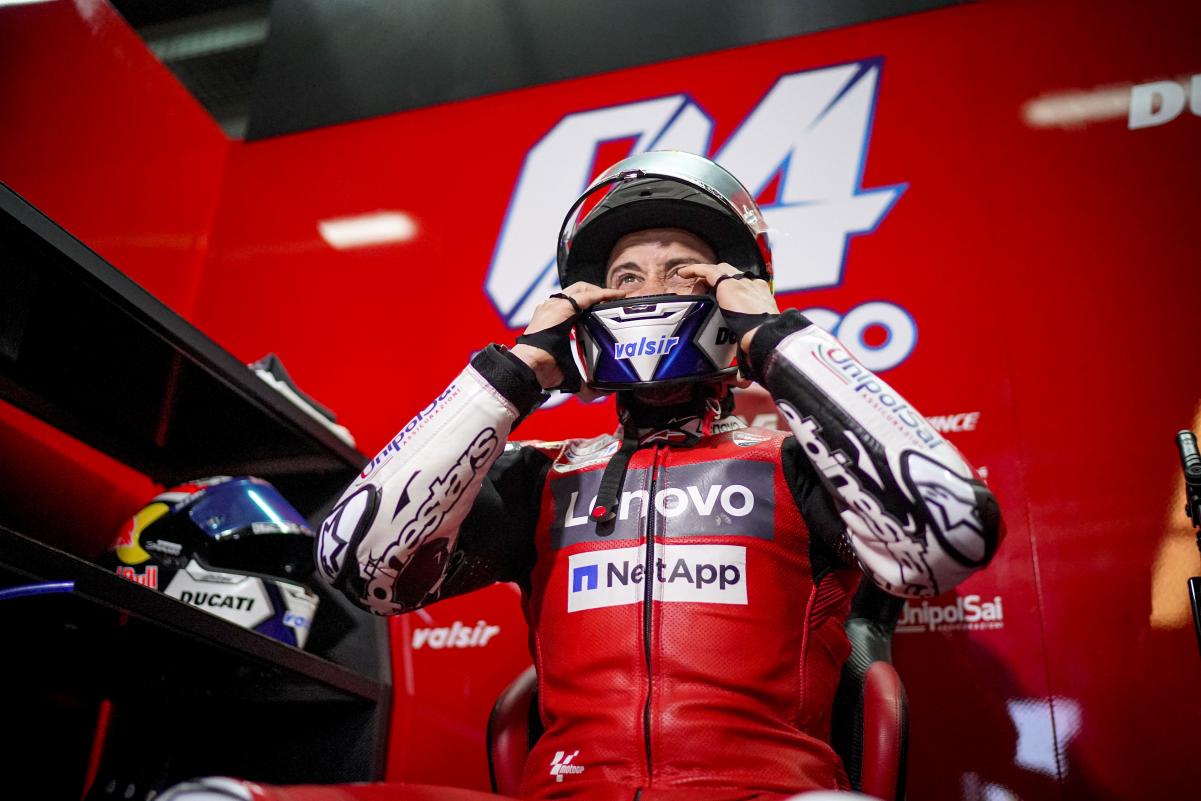 Andrea Dovizioso has confirmed that he will not take up any testing or racing role whether in MotoGP or outside for 2021 season.

After months of speculation, Dovizioso has officially confirmed taking a sabbatical from MotoGP and racing at the end of the 2020 season when his deal with Ducati comes to an end. He will not take up any testing role as well despite offers from many.

Should he not return in a racing role after 2021, this will be the end of an illustrious MotoGP career for Dovizioso, which started in 2008 with Honda. He competed for the Japanese manufacturer until 2011 – the year where he finished in Top 3 for the first time.

He moved to Yamaha with Tech 3 in 2012, where he ended up fourth, but switch to Ducati in 2013, with whom he has been competing ever since. The end of 2020 will also end an eight-year stint for the Italian with the team, with whom he finished second thrice.

After years of trying to win the MotoGP title with Ducati, it took a huge toll on Dovizioso, as the announcement of his departure came in a haphazard manner. Its been better since then as they look to end the relation on a good note in the two races left.

“THIS IS WHAT I’M GOING TO DO IN 2021,” started Dovizioso on his social channel. “Over the last few months, I have received several offers to work as a test rider in developing MotoGP projects and I am grateful for the consideration received by the manufacturers. However, I have decided not to make any commitments and to remain free from formal agreements for now.

“I have an immense passion for racing. I still have the ambition to compete and fight to win. I will return to MotoGP as soon as I find a project driven by the same passion and ambition that I have and within an organization that shares my same objectives, values and working methods.

“Now I am focused on finishing the World Championship in the best possible way, and I have already started developing some projects with my partners,” summed up Dovizioso, who was recently linked to a ride with Aprilia alongside Aleix Espargaro.

He was not the only one as Jorge Lorenzo, Cal Crutchlow and even Moto2 rider Marco Bezecchi were on the same list to take up the seat of Andrea Iannone, who has been handed an extended four-year dope ban.

Here’s the full statement from CAS on Andrea Iannone