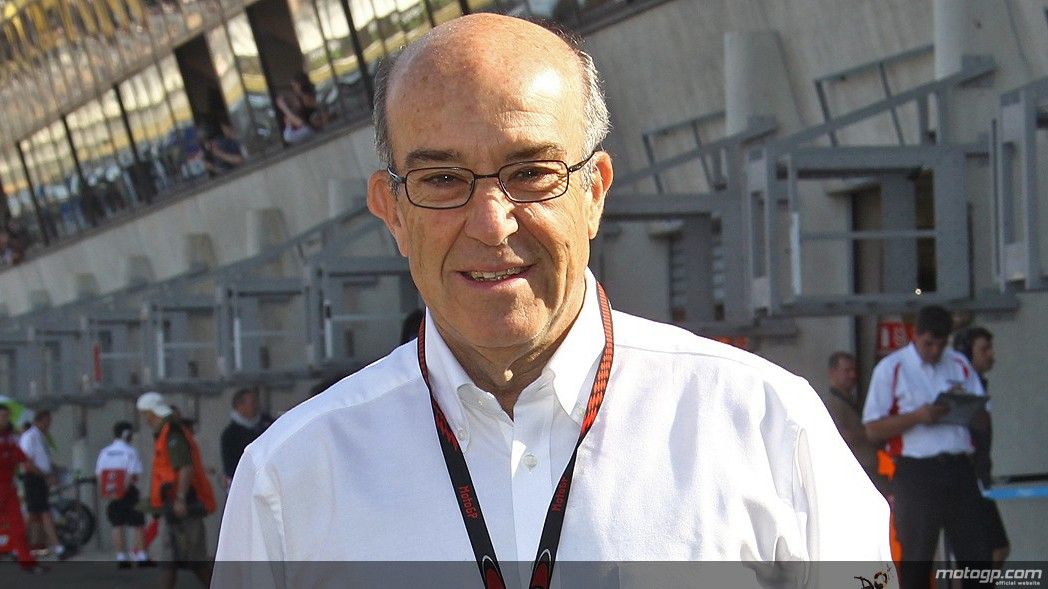 MotoAmerica, the new North American roadracing series launched by Wayne Rainey and the KRAVE Group LLC, has received an important pledge of support from the CEO of Dorna, Carmelo Ezpeleta.

Ezpeleta, who oversees Dorna, the commercial rights holder for the MotoGP™ World Championship, is an important stakeholder in international roadracing, and his support is a significant element to the success of the MotoAmerica roadracing championship.

“The American Motorcycle Championship has always been a key reference for our sport, and the extremely high level of racing has provided the perfect development ground for aspiring World Championship riders,” said Ezpeleta.

“Now it’s great to see that Wayne Rainey, along with the KRAVE Group, will be heading up this new challenge to increase the talent pool even further – and bring yet more excitement to American racing fans.”

“Gaining Dorna’s support is a major achievement for MotoAmerica,” said Rainey. “It means a lot to me to have Dorna and Carmelo’s support for our new roadracing series. I got the opportunity to compete on the world stage because of AMA roadracing, and I want to help give all of our American riders that same chance.”