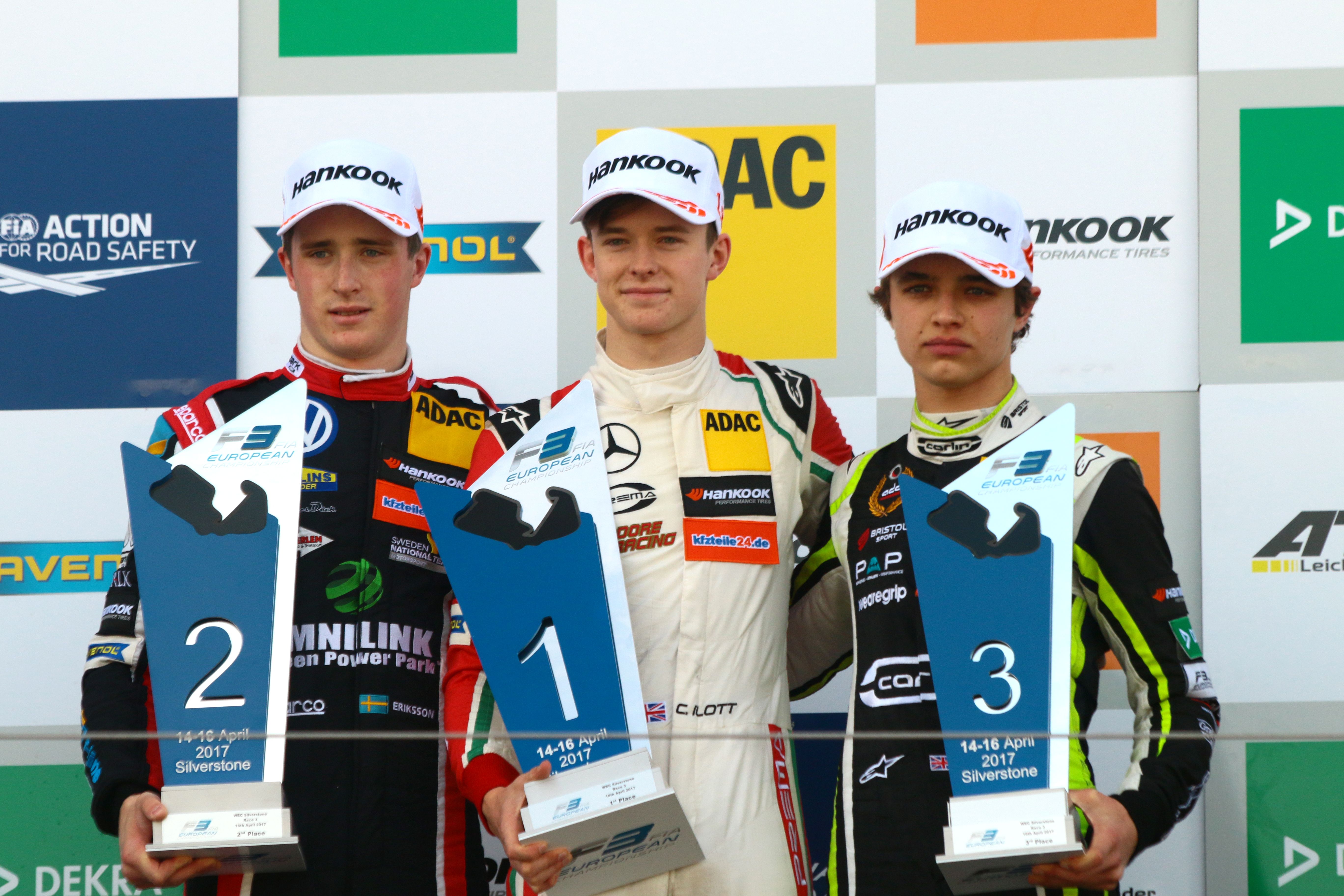 Callum Ilott has taken his first victory of the season in the final race of Silverstone for FIA Formula 3 European Championship. The Briton has dominate the race in front of championship leader, Joel Eriksson. Norris completed the podium.

It was a clean start of the race, Joel Eriksson (Motopark) took the lead ahead of pole sitter Callum Ilott (Prema Powerteam), third was Maximilian Gunther (Prema Powerteam) in front of Lando Norris (Carlin) who again has started really bad drop to fourth.

Then the Prema’s of Mick Schumacher and Guanyu Zhou went in trouble. The German driver went off while the Ferrari junior made contact with Ralf Aron (Hitech Grand Prix) and had to retire.

In the front of the race, Ilott overtook Erikson for the lead while Norris did the same maneovre on Günther for the last step of the podium.

The BRDC Super Star took his first win of the season and with Prema Powerteam ahead of Eriksson and Norris. In the points position finished: Günther, Dennis, Daruvala, Mazepin, Mawson, Newey and Aron.

In the drivers’ championship, Eriksson leads with 12 points of distance over Ilott, 13 with Norris.