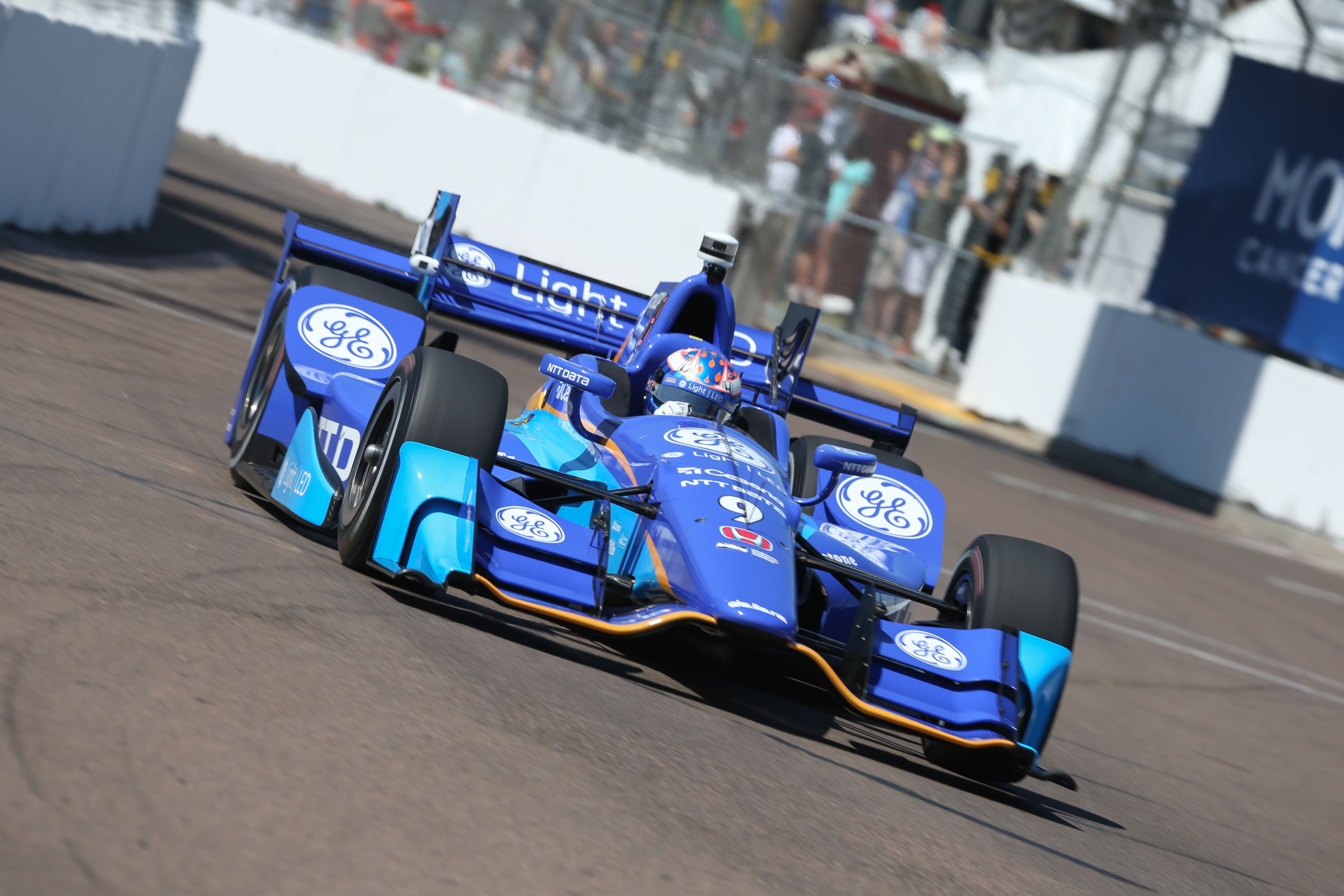 At the conclusion of the day, four-time series champion Scott Dixon set the pace on the 1.8-mile, 14-turn temporary street course that encompasses St. Petersburg downtown streets and a runway of Albert Whitted Airport. Dixon’s best lap of 1 minute, 2.5591 seconds (103.582 mph) came in the second practice and was tops for the day.

“I think it started generally well,” said Dixon, driving the No. 9 GE LED Lighting Honda for Chip Ganassi Racing. “This weekend, the car, we’ve done some good homework in the offseason for ourselves, how the competition stacks up. I think tomorrow will be interesting once the other competitors turn it up. We’ll have to see where it goes.

“It’s Friday, it doesn’t pay anything, doesn’t mean anything,” added Dixon, fourth on the Indy car career wins list with 40. “Hopefully what we learned today, we can continue on and help improve the car come tomorrow and, more importantly, for the race on Sunday.”

The afternoon practice highlighted a change in Verizon IndyCar Series rules this year that provides an extra set of the Firestone alternate tires to each entry on a race weekend. Teams now can run a set of the softer, red-sidewall tires in practice to gauge their performance characteristics compared to the harder, black-sidewall primary tires prior to qualifying.

“I think especially for newcomers maybe to the Verizon IndyCar Series, or rookies in general, I think it’s nice to feel how those tires come in, the difference you can get from them,” said Dixon, whose fast lap was logged on the black-sidewall primary tires. “For the veterans, I don’t think it’s as much of an issue.”

The lone incidents of the day involved Power and new Andretti Autosport driver Takuma Sato, though neither was injured. Power saw the back end of his car step out and make wall contact in Turn 10 during the morning practice. Sato was on his first timed lap of the afternoon when his car jumped off track in Turn 13 and made hard contact with the wall.

Power, a six-time St. Petersburg pole winner and two-time race winner, was happy to redeem himself in the afternoon session.

“Yeah, it was about the same lap I did it last year,” said Power, who crashed in Friday morning practice in 2016 within three minutes of when he did today. “I couldn’t believe it, got in the wall again. It (was) a good session (in the afternoon), definitely made some progress on the car.”