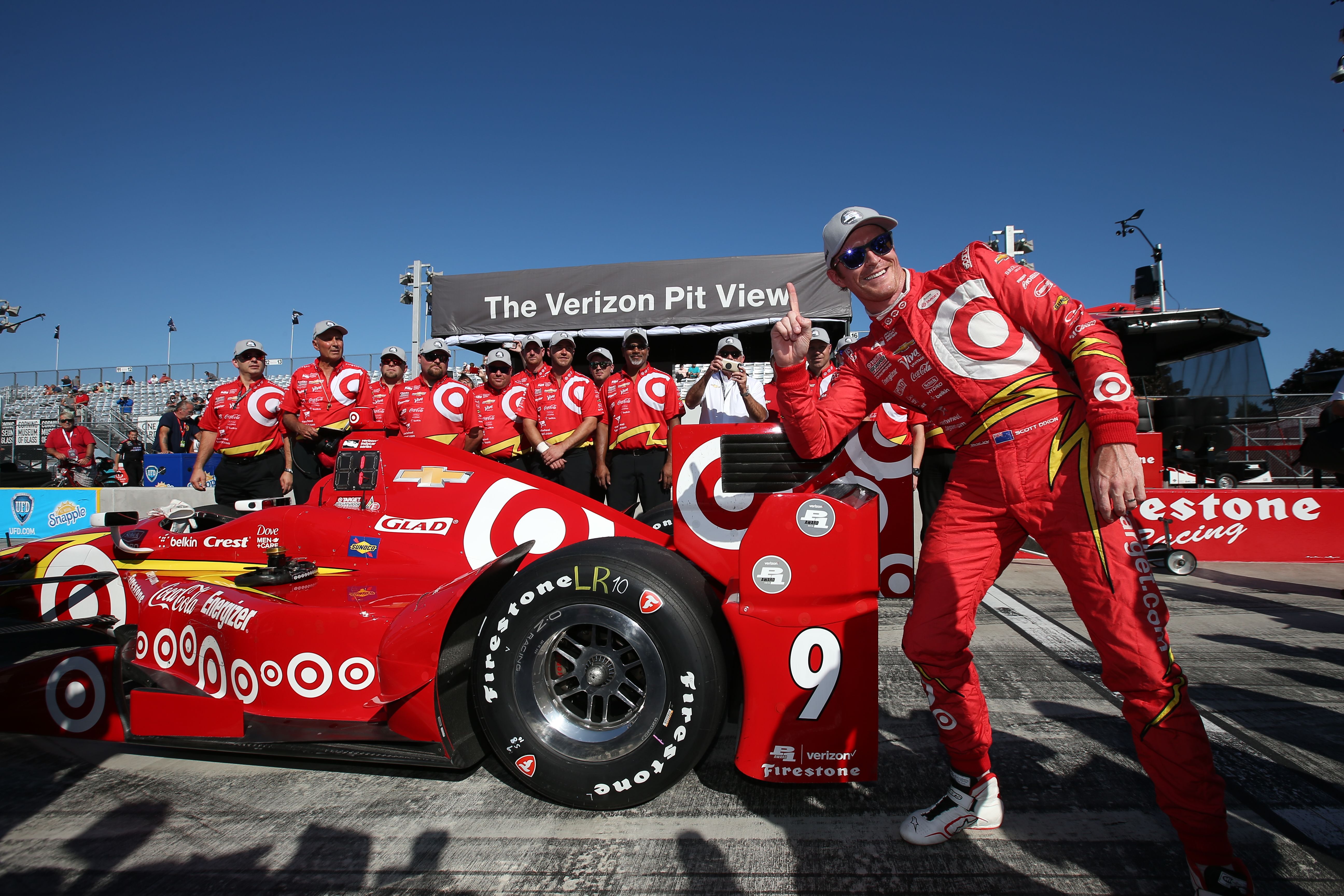 Scott Dixon of Chip Ganassi Racing has qualified on pole for the INDYCAR Grand Prix at the Glen, setting the new qualifying lap record of Watkins Glen International.

Three-time winner at Watkins Glen, Scott Dixon had been quickest in all three practice sessions before the qualifying. In the Firestone Fast Six, Dixon set the quickest lap of the weekend to claim his second Verizon P1 Award of the season. Dixon’s pole lap at 1 minute, 22.5259 seconds was 5.6 seconds below Ryan Briscoe‘s previous qualifying lap record from 2009.

Alongside Dixon in the front row will start Will Power who lost 0.0483 seconds. Aiming to close the 28-point gap to his championship-leading Team Penske teammate Simon Pagenaud, Power barely made it to the Firestone Fast Six from the Round 2. Initially Power was seventh in the Round 2, set to start alongside eighth-placed Pagenaud in fourth row. However, Mikhail Aleshin lost his two best lap times for qualifying interference, dropping him from sixth to 10th place and promoting Power into the Fast Six.

The Fast Six consisted entirely of Chevrolet-powered cars and the only driver not driving for Ganassi or Penske was KVSH Racing’s Sebastien Bourdais, qualifying in third place. Alongside Bourdais in second row will start the fourth-placed Helio Castroneves.

Chip Ganassi Racing got three cars in the Firestone Fast Six. Tony Kanaan and Max Chilton will share the third row as they qualified in fifth and sixth places, respectively.

The highest-placed Honda driver was Jack Hawksworth of A.J. Foyt Enterprises in ninth place. He will share the fifth row with the penalized Mikhail Aleshin.

Aleshin was not the only driver penalized for qualifying interference. His Schmidt Peterson Motorsports teammate James Hinchcliffe spun in the Round 1, which was considered by the stewards to have interfered other drivers. Hinchcliffe lost his fastest lap, dropping him from fourth to seventh place in the first Round 1 group and eliminating him from the Round 2.

Graham Rahal was also penalized for qualifying interference. Rahal was in sixth place and advancing to the Round 2 when the red flag came out after a crash by Takuma Sato and the session was not continued. However, losing his best lap time dropped him to 10th place in the second Round 1 group and he will start in 10th row.

The INDYCAR Grand Prix at the Glen will start at 2:37pm Eastern time (8:37pm CET). Full qualifying results can be found here.