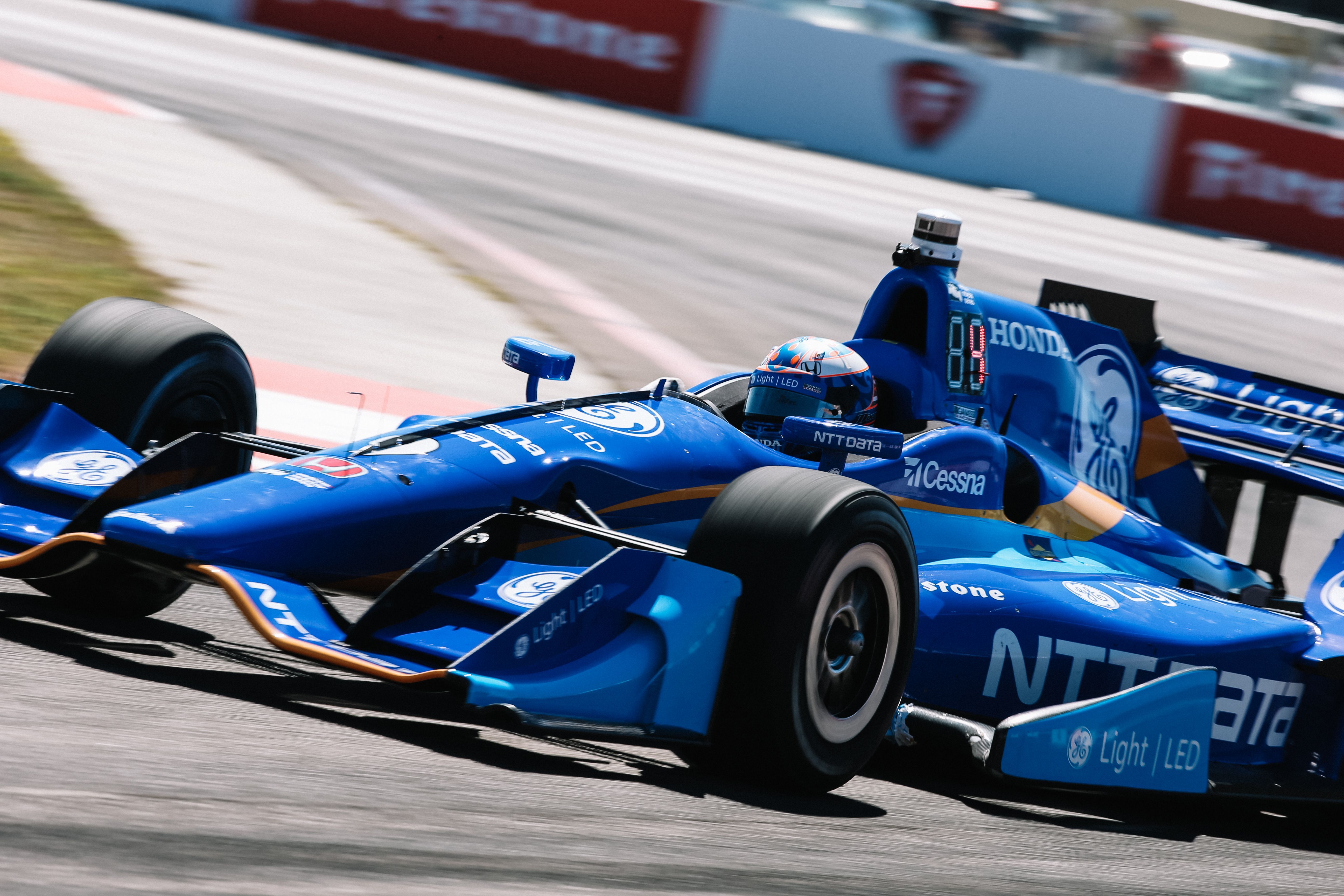 Scott Dixon has been the fastest driver on the first session of this Sunday in St. Petersburg, where first race of the year will be held later today. Ganassi driver has finished more than half second ahead of Pagenaud and Castroneves, who finished second and third.

There are few hours left for IndyCar Series season to begin. Warm-Up has been run in normal conditions (there’s a small chance of rain for the race). Many drivers have suffered brake issues that have caused small troubles at turns 1 and 9, but the worst incident has been the one caused by Ryan Hunter-Reay.

Andretti Autosport driver has lost his car while braking for turn 9 and has run into tyre barrier. This accident has caused a red flag in order to repair the barrier, season has got extended 3 minutes to compensate the red flag.

When the accident happened, Hunter-Reay‘s teammate Marco Andretti was leading the session ahead of Tony Kanaan and James Hinchcliffe, who suffered a couple of spins. But standings were going to change after the red flag.

Finally, Scott Dixon set the best time with a 1:01.9292, more than half a second better than everyone else. Behind Dixon were Penske drivers Simon Pagenaud and Hélio Castroneves, both of whom improved a lot after the red flag. The other Penske drivers didn’t perform that good, with Pole Position winner Will Power 13th and Josef Newgarden 20th.

Firestone Grand Prix of St. Petersburg is expected to begin today at 12:30 PM local, with Power on the Pole ahead of Dixon and Hinchcliffe.