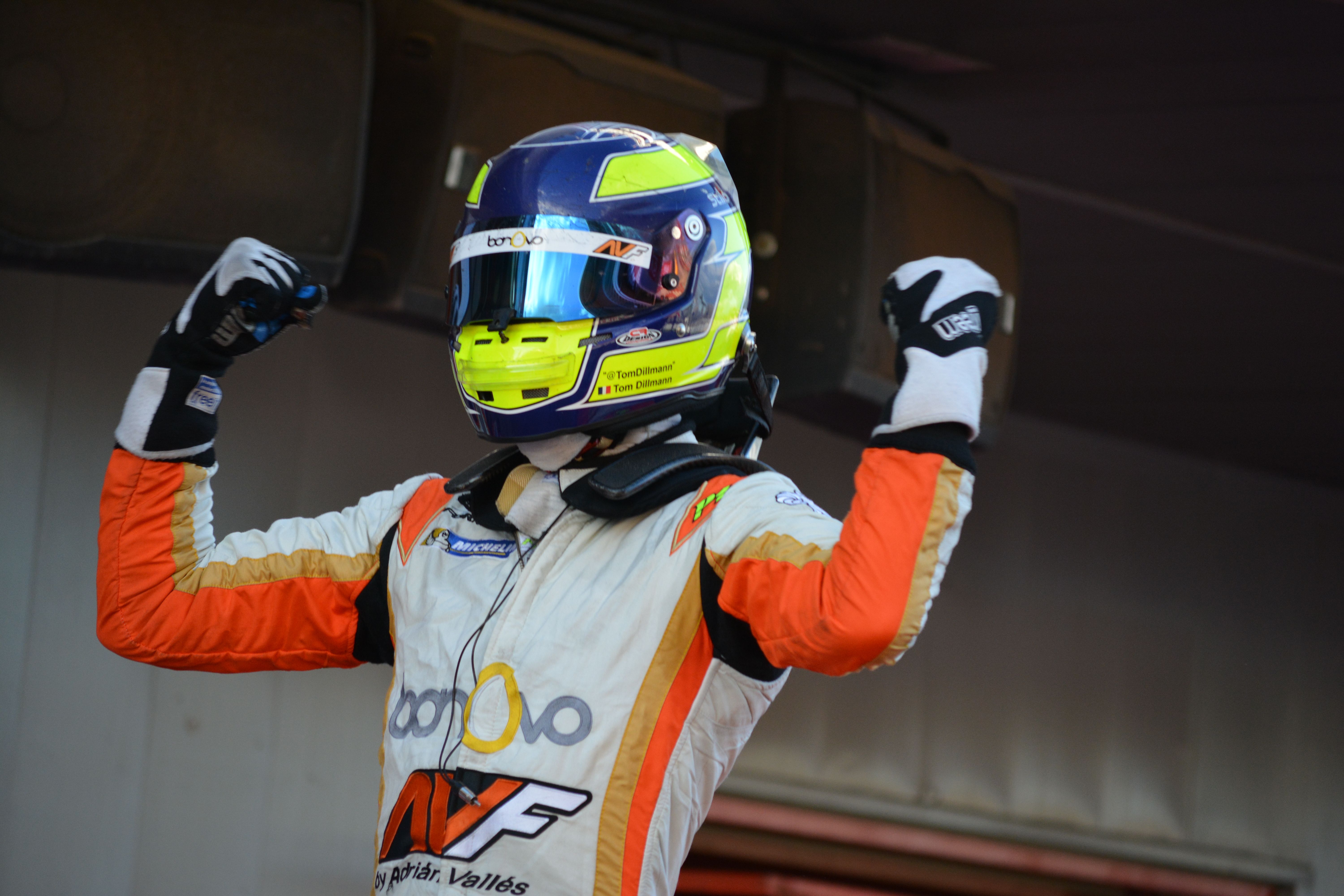 Tom Dillmann on his best drive of the year, has taken the victory in today’s final Formula V8 3.5 race at Barcelona. That means that the Frenchman –who started 7th, is the new champion. Delétraz who started on pole position, lost the championship after finish 4th.

After morning qualifying with title contender Louis Delétraz (Fortec Motorsport) everyone expected him to be the champion, because Tom Dillmann (AVF) started from seventh position. But in Formula V8 3.5 finale’s at Catalunya, usually drama is high and race are unexpected.

Dillmann was trying the move on Delétraz but the Frenchman could do the manoeuvre. Then he was call to join the pits for tyres change. A perfect call and pit stop helped the Frenchman to overtake Delétraz who pit a lap later.

Then the AVF car had a clear track to push as much as he wish like a qualifying, which helps him to join the lead after pit stops from Nissany and Isaakyan –who once again had a poor pit stop.

So with 15 laps to go, Dillmann led ahead of Nissany, Fittipaldi, Delétraz and Isaakyan. The race finished like this, and AVF driver took the title by 7 points over Renault Sport Academy driver.