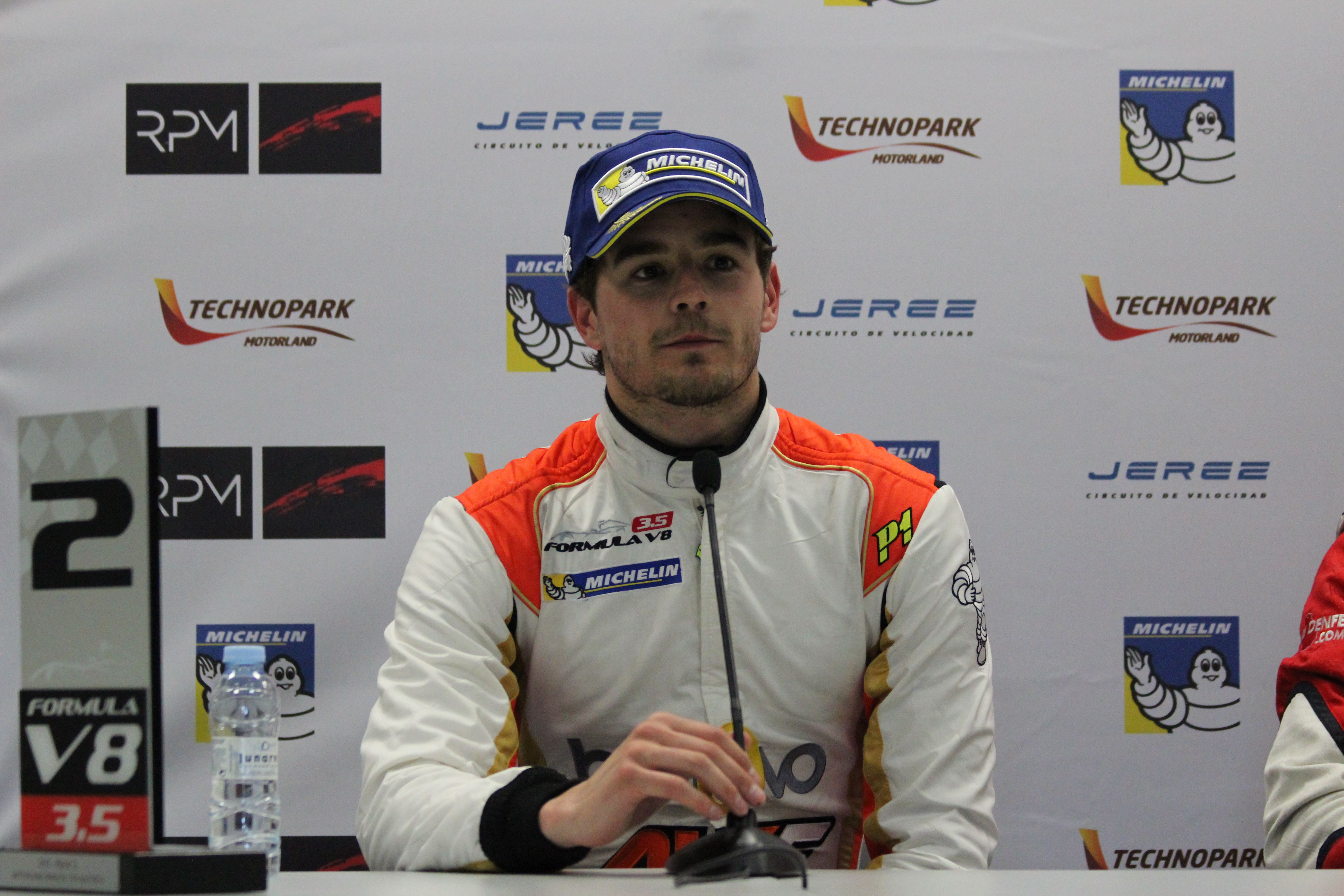 Frenchman Tom Dillmann set the new lap time record for Formula V8 3.5 cars in Hungaroring, which help him to take his second pole position in a row in the series. Aurélien Panis and Louis Delétraz finished alongside the AVF driver.

The qualifying for Race 1 had an early lead from track record man, Johanny Cecotto (RP Motorsport) who showed a great pace. The Venezuelan had a face to face battle with Aurélien Panis (Arden Motorsport) which finished when Matthieu Vaxivière (SMP Racing) took the lead of the session at half-point of that.

Behind “Vaxou” it was Cecotto in second, experimented driver Tom Dillmann (AVF) third, as Matevos Isaakyan went to the pit lane as the best rookie in that moment with the fourth position.

When they returned to the track for the final minutes, the important minutes which decides the final classification for Race 1, Tom Dillmann set the lap record with 1:27.582. A lap time that improve quickly with a final 1:26.729 which give the Frenchman the pole position.

It’s the second pole position in a row for Dillmann who, like Race 2 in Motorland Aragón, will start alongside Aurélien Panis and rookie Louis Delétraz (Fortec Motorsports).