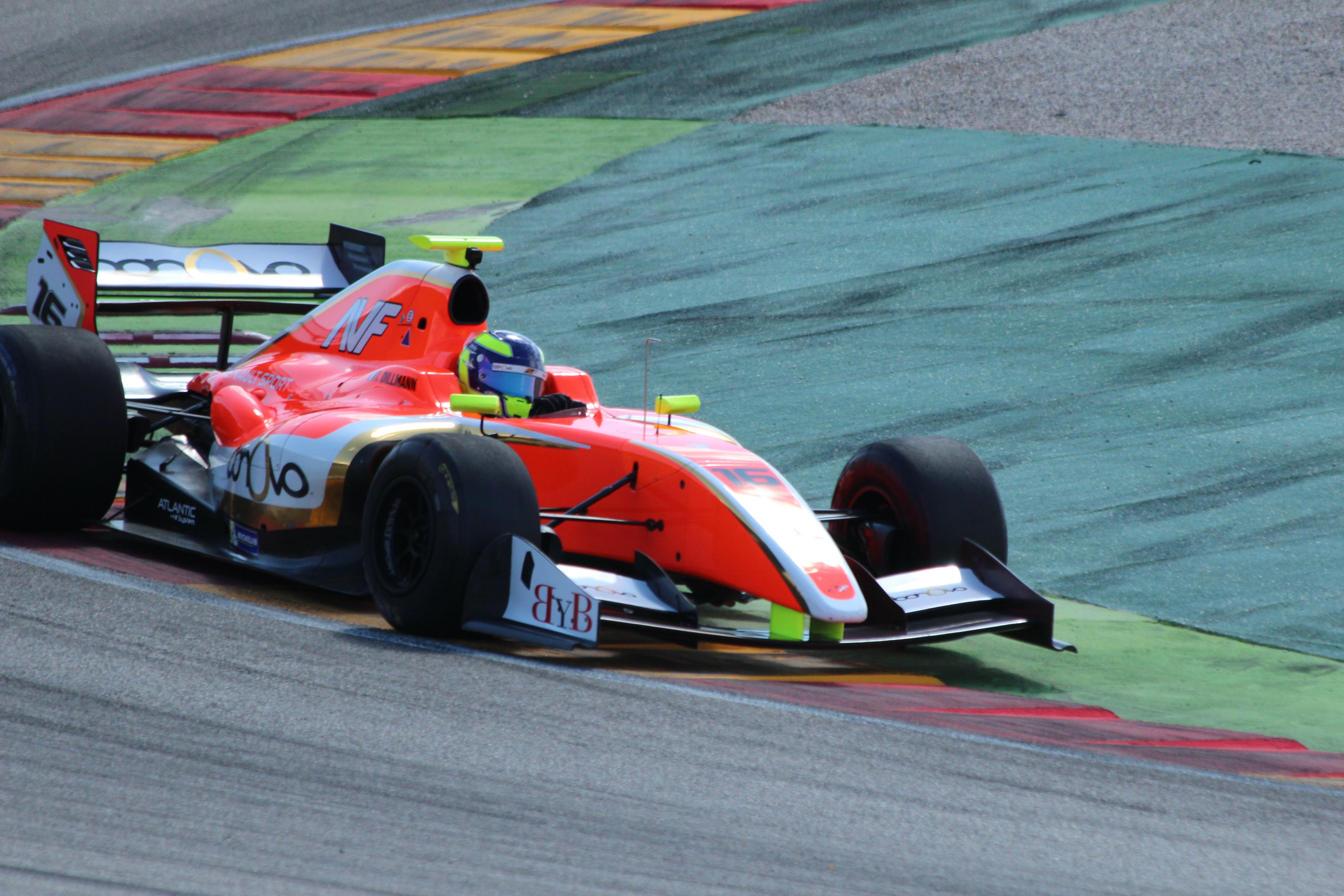 Tom Dillmann despite start on pole position, had a difficult race today in Hungaroring for Formula V8 3.5 race 2. The Frenchman had to deal with the rain conditions and Roy Nissany pressure. But he finally took his maiden victory in the series. Nissany and Panis completes the podium.

Like we what it happened in FIA Formula 3 Race 3 this morning, the Race 2 of Formula V8 3.5 started under safety car due to rain conditions. After four laps under safety car, the action went on and Roy Nissany (Lotus) who started second, spun off. Delétraz (Fortec Motorsports) spun as well at turn 2 when he was trying to defend the position with Aurélien Panis (Arden Motorsport).

Meanwhile, Yu Kanamaru (Teo Martin Motorsport) went off the track showing the poor grip in the track. Then, Vitor Baptista (RP Motorsport) retired at mid-point of the race and cause a safety car which wasn’t what the leaders like Vaxivère, Cecotto, Fittipaldi, Orudzhev and Binder wanted, because they didn’t stop already.

The safety car came in with 15 minutes remaining, Egor Orudzhev (Arden Motorsport) went off at turn one, where Dillmann overtook Panis for the first place of the drivers who changed the tyres already. Behind them, Matevos Isaakyan (SMP Racing) retired from the race after a spun.

The yellow flag was on track so the top 6 decided to change their tyres. That let Dillmann rejoin the lead of the race in front of Panis and Nissany who, recently overtook Delétraz.

Nissany knew he had a god pace under wet conditions, and put the pressure on to Panis in the battle for second position. The Israeli driver overtook the Frenchman who had poor grip at the exit of the chicane. Like Panis, rookie Louis Delétraz was struggling as well with a damaged front wing.

With 4 minutes to go, Giusseppe Cipriani (Durango) crashed at 2nd sector, as Vaxivière who was sixth, was closing the gap with Kanamaru every lap.

But the battle for the race wasn’t over. Nissany catch Dillmann in the last lap after a consecutive fastest laps. Lotus driver didn’t had enough time to overtake Dillmann who finally takes his maiden victory in the series.

Dillmann crossed the line first, in front of Nissany and Panis who scores another podium. Delétraz was fourth in front of Vaxivière fifth. Cecotto follow the Frenchman on sixth, as Binder, Fittipaldi and Orudzhev completes the top9. Kanamaru who was behind Deletráz tale, crashed two corners before the checker flag.