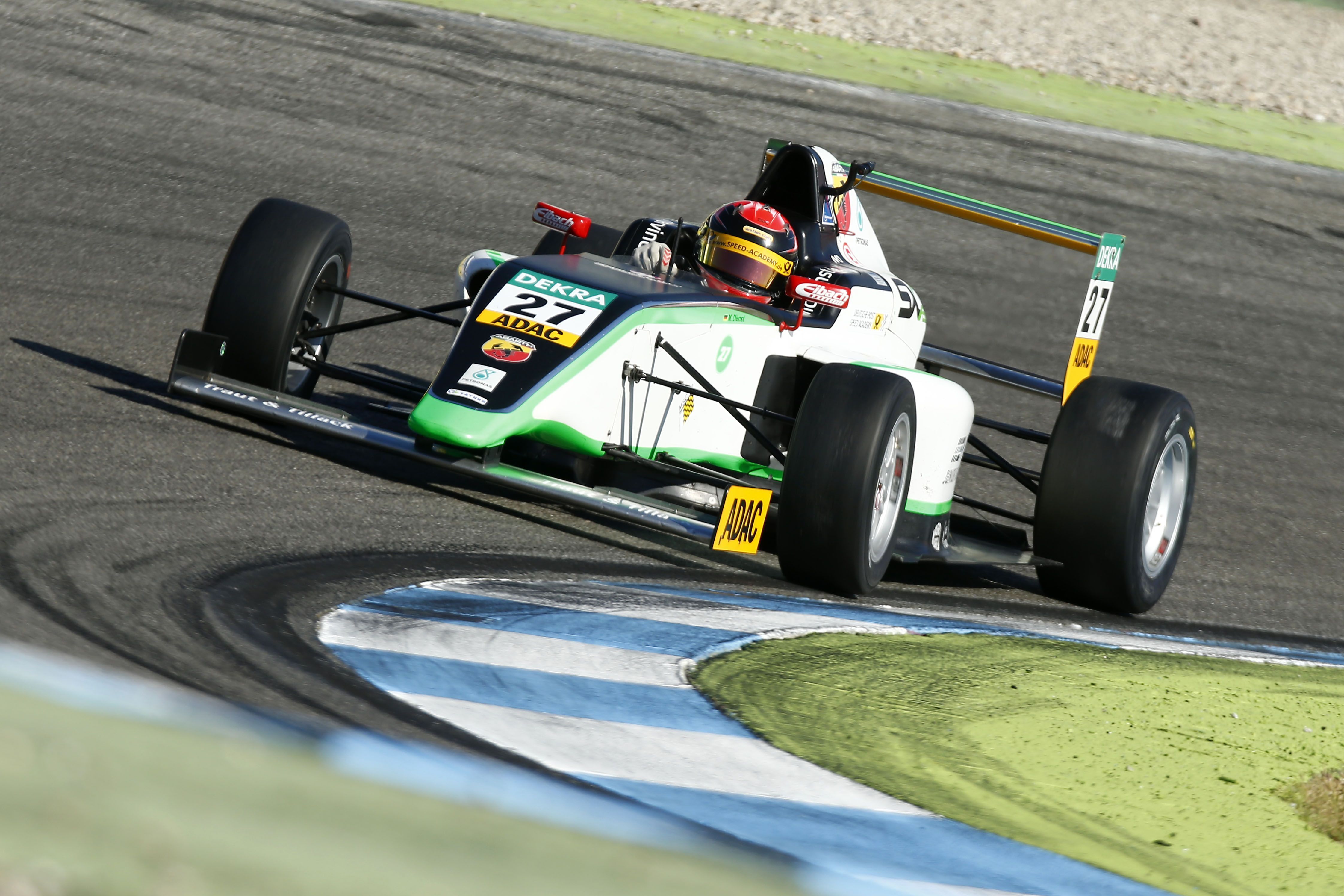 Marvin Dienst is the new ADAC Formel 4 champion after win the first of the three races of this weekendat Hochenheim. Beckmann finished second and Norris third.

Marvin Dienst kept the first place at the start of the race as Esmeijer, who started second, did a bad one and was involved in an accident in the Hairpin, which caused a safety car. In the other hand, Mick Schumacher did a fantastic start from ninth place to fourth in only one lap.

Two laps later, the safety car leave the track with Dienst on first position followed by Eriksson, Beckmann, Schumacher and Norris. One of the championship contenders, Joey Mawson, had to say goodbye to his chances to win the race and tite, when he had to pit to repair his car.

Joel Eriksson took the lead after a good overtake on Dienst, who lost some time after run out when he was trying to retake the lead of the race. Then, Beckmann overtook Dienst using the draft of Eriksson at the brake of the Hairpin.

Dienst got back to second place but when he was trying to overtake Eriksson, the Swedish driver push him to the outside of the track. This action was considerate a dangerous move by the stewards, and Eriksson was penalized with a drive Through. Along with this, Dienst had the championship in his bag, with the other two contenders out of the points.

Mick Schumacher had to retire after a contact with another driver, who makes him a puncture one of his rear tires.

Meanwhile, Dienst was able to put a 2.5 seconds gap to Beckmann, who was running second and was fighting with Norris and Zimmerman for the second place.

Dienst won the race and the championship, after a bad race for the other two championship contenders. He is followed by Beckmann, Norris, Zimmerman, Ortmann, Wolf, Newey, Waldherr, Bockmann and Mawson in top10 points positions.

Race 2 will start today at 17:00 PM in Hockenheimring, Germany.