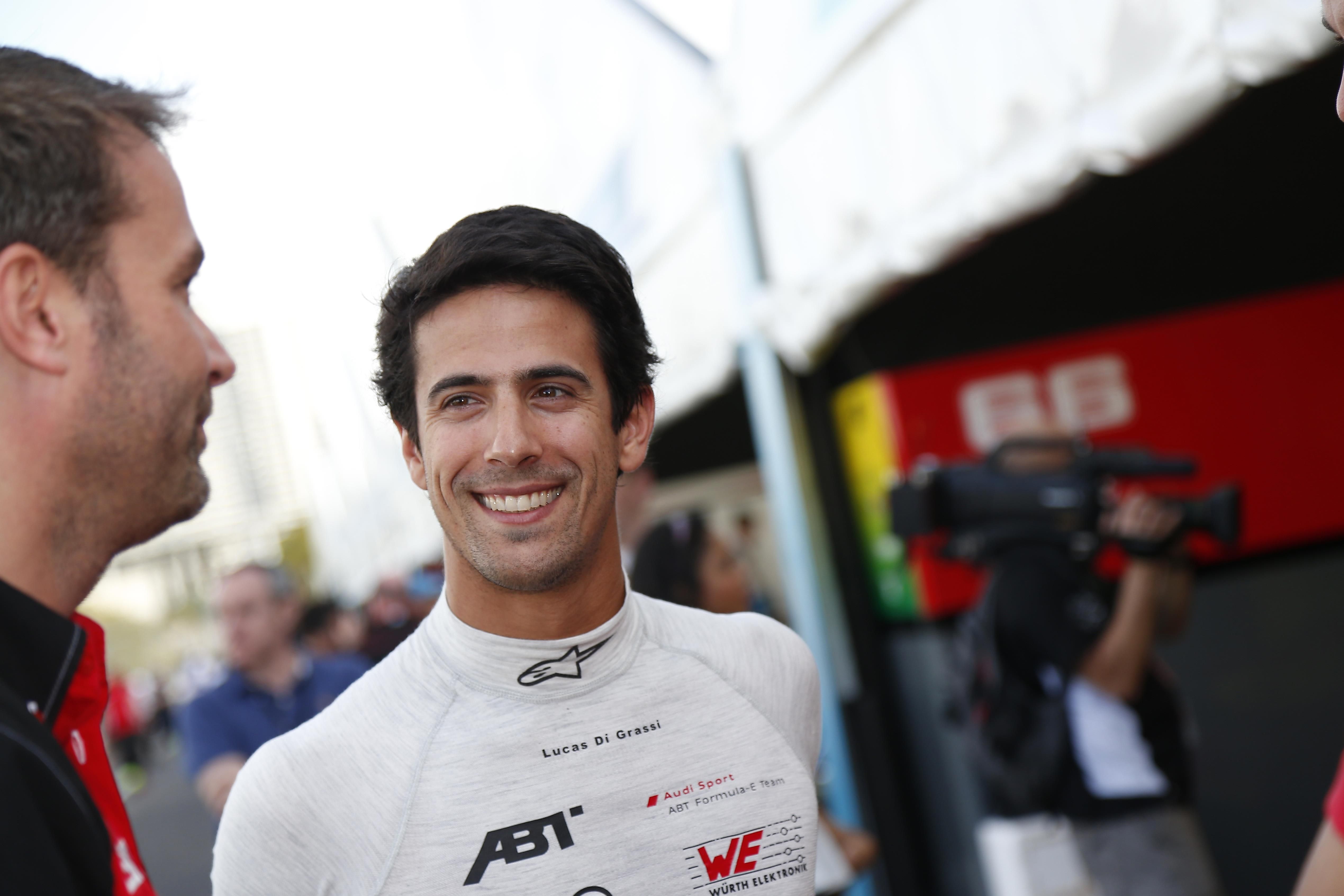 Lucas di Grassi has dominate two of three practice sessions of FIA Formula E in the streets of Long Beach, California, USA. The Audi Sport Abt driver show his options to battle for the pole position, being so fast for one lap.

The first practice session of 25 minutes has started with car problems for Scott Speed (Andretti Autosport) who stops his car on turn 3. Luckily the American driver managed to re-start his car and back to green flag.

The first turn of Long Beach Formula E layout is a tricky one, so similar like Punta Del Este first turn. On this chicane, the fastest guy of first session, Nelson Piquet has went off of the track. The China Racing driver has a brand new livery in his car, which suffers a lot of oversteer. Also on first chicane, Daniel Abt (Audi Sport Abt) crashed onto the wall, causing the red flag and the end of the practice session.

On second practice, Liuzzi (Trulli Racing) has start with some problems on rear left suspension. Who also had problems was Vergne (Andretti Autosport) that crashed into the wall at turn 5 after overtook Di Grassi (Audi Sport Abt). The Frenchman accident caused the stop of the session for some minutes.

When they back to green, Pic (China Racing) suffers some problems with the radiator of his Formula E.

The session had a clear domination of e.Dams Renault, but nevertheless it was Di Grassi the fastest of the session.

On the third and last practice session, the drives that had problems on Practice 2, came so strong in the track. This is the case of Pic, Liuzzi and Vergne who did an incredible lap time: 57.597 seconds. The Andretti Autosport driver was only beat by Lucas Di Grassi that improve the lap time 4 tenths.

On this session we seen that the race pace will be 59 seconds/1 minute per lap and the overtaking points will be definitely, turn 4 and 5.