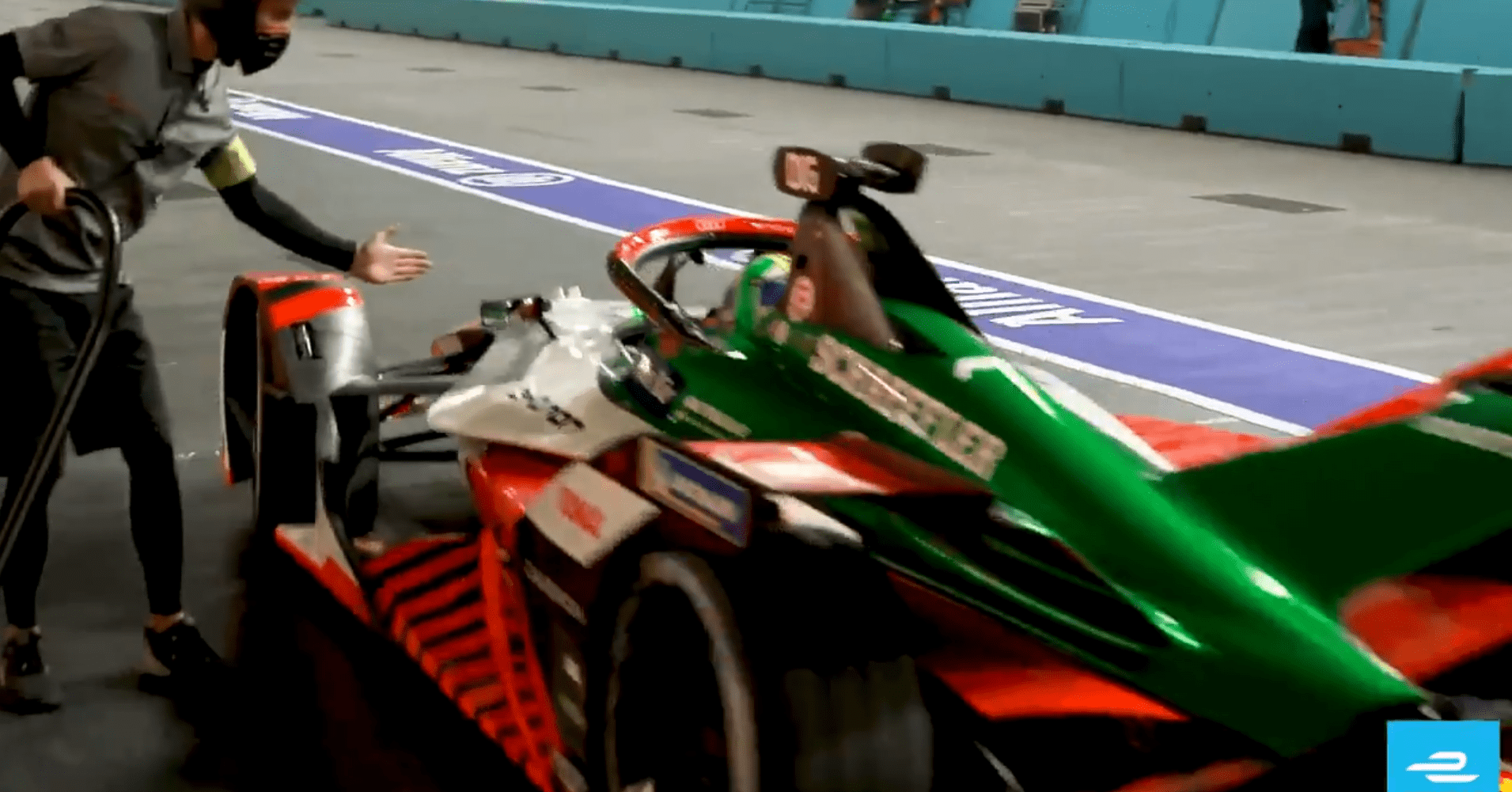 Lucas di Grassi backs the strategy plan from Audi in Race 2 of London EPrix Formula E weekend, even though FIA is looking to close the loophole.

Under the safety car period, Audi’s di Grassi pitted from eighth on the road in Race 2 of London EPrix Formula E weekend. Most were clueless of the intention then, as some suggested of a puncture, but he emerged as the leader of the race.

At that time, Mercedes’ Nyck de Vries was being chased by Mahindra’s Alex Lynn for the win, but di Grassi emerged out of nowhere. Only after few laps, it became clear that it was a strategy from Audi, as the FIA put them under investigation straightaway.

Team boss Allan McNish was seen sprinting to the stewards room, but they handed di Grassi a drive-through penalty. Audi decided not to undertake it while arguing about their intentions, but it was too late as the Brazilian was shown a black flag.

The stewards ruling then had him disqualified for not obeying the penalty. Even though di Grassi finished first on the road, Lynn took the win from de Vries and Jaguar’s Mitch Evans. Post-race, the Brazilian and Audi backed each other for an ‘interesting’ move.

“Everything we did was clearly permitted by the rules of the championship,” said di Grassi. “We only could do it if the safety car was in a lower speed than the pit-lane speed limit, otherwise I would lose positions. It was a bold, risky move but I’m fully behind my team when the decision was taken.

“The penalty was correct applied because the vehicle (the wheels did reach 0) didn’t go to full 0 km/h AFTER the data was analyzed in detail, as it was so close. I was only informed of the penalty after the checkered flag, via radio. The loophole will be closed because everything we did was within 100% of the rules, only possible due to the average speed of the safety car in that exact moment.

“Split-second opportunity window taken, once in lifetime. Only didn’t work because we didn’t come to full stop, because the rear wheels were still measuring few km/h, front 0km/h at the stop, it was deemed I didn’t get to a full stop… the only reason. Everything else was 100% within the rules and anyone could have done it,” summed up di Grassi.

The shorter pitlane in London allowed Audi to try the move and the slower safety car speed, eventually allowed him to lead the race. A similar move was undertaken by Mahindra in Berlin last year, but it was under Full Course Yellow.

The rule was amended for that, but not for safety car period, which will be done now. What Audi tried was as per the rule, where the only reason it didn’t work was because di Grassi did not stop enough on his box, to deem it to be a valid stop.

McNish, meanwhile, concurred with di Grassi all-through. He was surprised by the number of positions he gained, though. “Basically, we were in quite a unique situation here in London that the pitlane is quite short and also the safety car was unusually slow and in reality, it was quicker to go through the pitlane, which the regulations do allow,” he said.

“Lucas comes to a stop and accelerates out. We were quite surprised how much time he actually gained as it turned out but unfortunately the stewards deemed that he didn’t stop the car sufficiently enough by [the standards of a full] stop-stop. We believe he did, they believe he didn’t.

“However, the drive-through is not something you can appeal in this situation so unfortunately we are in a situation where we have to review all the regulations now. We are visually standing here and they are looking at the data. From that point of view the cameras that you saw [on TV] are actually behind the sign, so it’s very difficult to see and our guys were looking at it very clearly.

“We understand and know the regulations extremely well and we abide [by] it and we believe by the regulations. However, the judges are fact, in this case, and the stewards believe otherwise. We haven’t got the data from the car. That’s one of the issues with Formula E is that we’ve got to wait until the car comes back to be able to download the exact data so we would be doing that in due course,” McNish summed up.

UNSEEN FOOTAGE!@Lucasdigrassi almost pulled off an audacious move after nipping through the pitlane to grab the lead during a safety car period.

But it was ruled he didn't come to a stop before exiting the pit and was black flagged for declining a drive-through penalty. pic.twitter.com/DeXEI11K0V

Here’s how Race 2 of London Formula E panned out