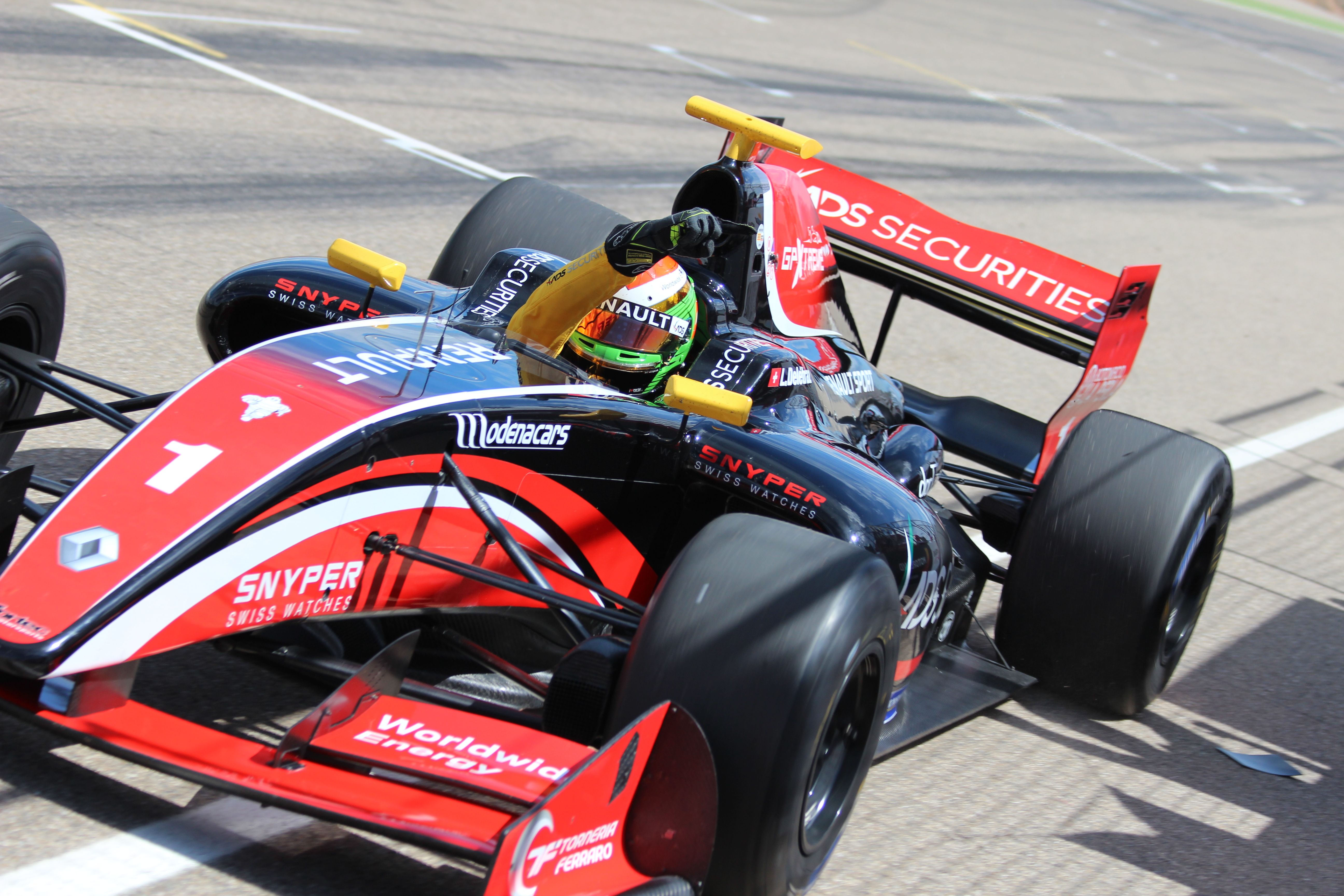 MOTORLAND ARAGON – Louis Delétraz takes his first ever victory in Formula V8 3.5, and the first race of a new era in the series. The Swiss took the advantage from Orudzhev retirement to win the race at Motorland Aragon. Frenchman’s Matthieu Vaxiviere and Tom Dillmann completes the podium.

He was the fastest in the practice and he lost the pole position by 0.013 seconds but today, when de light went off he kept himself cool, and after pole sitter Egor Orudzhev (Arden Motorsport) mistake he had a clear way to win on his debut in a 3.5 car. We are talking about Renault Sport Academy driver, Louis Delétraz (Fortec Motorsports).

Behind the Swiss driver the race had a lot of action. Matthieu Vaxivière who started from 10th take inside line at the start to overtake 5 drivers to fourth place, then the Frenchman took third place, due to Orudzhev retirement. The SMP Racing driver made a manoeuvre on Alfonso Celis at the middle point of the race for a final second position.

Celis who was behind him, struggled with tyres management and could kept the podium positions. The Force India young driver went off in the final laps, and finished sixth. That allowed his teammate, Tom Dillmann (AVF) to take the final podium position.

Rene Binder (Lotus) finished on a solid fourth in front of Aurelian Panis (Arden Motorsport). Seventh position for Roy Nissany (Lotus) as rookie driver, Vitor Baptista crossed the checker flag on eight place to score his first points in the series and the first for newcomers RP Motorsport team.

Beitske Visser (Teo Martin Motorsport) finished on ninth place after a great comeback from last to ninth. The Dutch driver had a poor start and made contact with Pietro Fittipaldi (Fortec Motorsports) in the early laps. That put the women to last place, but she managed to comeback through the race to a final 9th position.