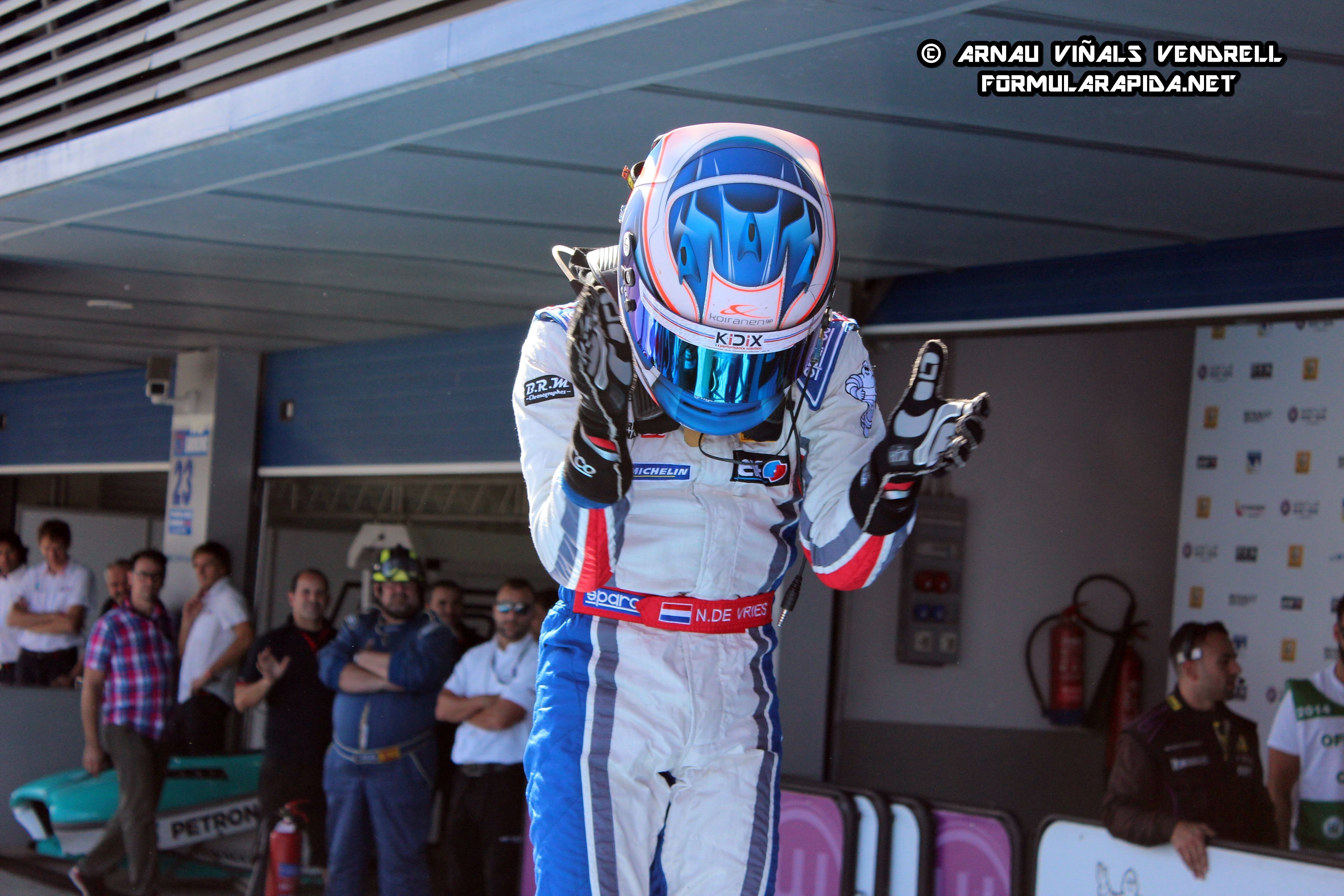 Nyck De Vries won this first Formula Renault 2.0 Eurocup in Jerez although not being on pole. After some crashes in the first lap, De Vries stayed close to Olsen and overook him to grab the victory. Jack Aitken is with both drivers in the podium.

De Vries did not have enough with driver championship. First in his qualifying group, he got a first row place for the grid. Despite not being able to lead the race during first laps, he fight for it until he got it. This is the good part of Koiranen GP this weekend as their three other drivers had to retire – two in an accident envolving both – and Prema Powerteam cuts points in a championship that will be decided tomorrow.

Race did not even start and first incident happened. After a problem with his car, Vivacqua was not able to finish warm up lap and had to be pushed by stewards to pit-lane entry while grid was waiting for him.

No first turn incidents while Olsen retained first position. Reaching second turn two Koiranen GP drivers, Hong Li Ye and Stephan Riener crashed as the Austrian car got a lot of damag. The same happen with Kevin Jörg who hopefully  after a crash with Barnicoat, got out of his car. Parry and Hughes also retired.

After the safety car, De Vries had the chance to overtook Olsen for the first place as finally did it and wins the race followed by: Olsen, Aitken, Villemi, Albon, Russell, Hubert, Bonifacio, Shothorst, Panisand O’Keeffe at top 11.