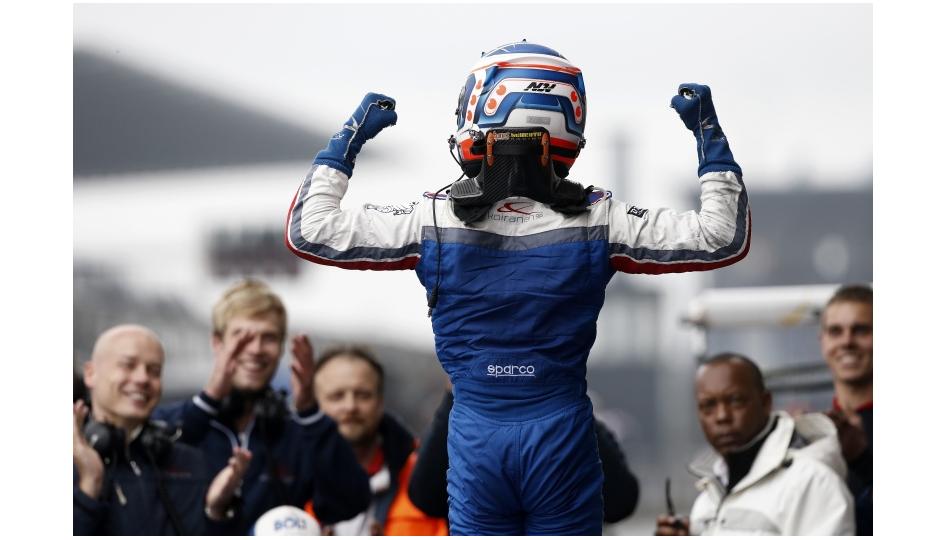 Nyck De Vries took his first title ever after setting pole position and winning first Mugello race. With three races still left Charles Leclerc runs further from second place in the championship by defending his position in front of Bruno Bonifacio, who closes the podium.

Pole (the fourth so far in the season), Race 1 victory and Title. In Mugello the Dutch Nyck de Vries took with one weekend and three races still to go the 2014 Formula Renault 2.0 ALPS title. The 19 y/o Koiranen GP driver, already involved in the McLaren Young Driver Programme, signs the Fast Lane Promotion Series roll of honor besides Javier Tarancon (2011), Daniil Kvyat (2012) and Antonio Fuoco (2013). An awaited success even if the Monaco driver Charles Leclerc, fastest in the two free practice sessions, made his best. He, racing with Fortec Motorsports ended up second with no regrets, confirming in shape after the two wins in Monza.

Third under the chequered flag was Bruno Bonifacio, back in the series with Prema. The Brazilian raced as wild card and thus did not take points. Third place thus for Pietro Fittipaldi. The twice F1 World Champion grandson, was probably to surprise of the weekend after his second fastest in the first free practice session.

THE REPORT. Matteo Gonfiantini, notwithstanding the qualifying crash, lines up along his rivals. Bad luck though for Jack Aitken back in the garage already during the formation lap. No problems for De Vries in defending his leadership at the green lights. On his tail Leclerc, Bonifacio, Fittipaldi and Isaakyan with the latter who slips seventh behind Russell and Anthoine Hubert. De Vries slightly edges away increasing his gap over Leclerc to 2” who is keen in defending his place from Bonifacio who has to settle for third. While de Vries further increases his leadership and sets fastest lap, nothing changes behind him with Dennis Olsen, Stefan Riener and Egor Orudzhev that round the top-10.

“A good start was the key for success. – commented Nyck de Vries – My pace was good and I focused on the race. I’m obviously more than happy for having won the title already here in Mugello. This is my first ever title in single-seaters”.