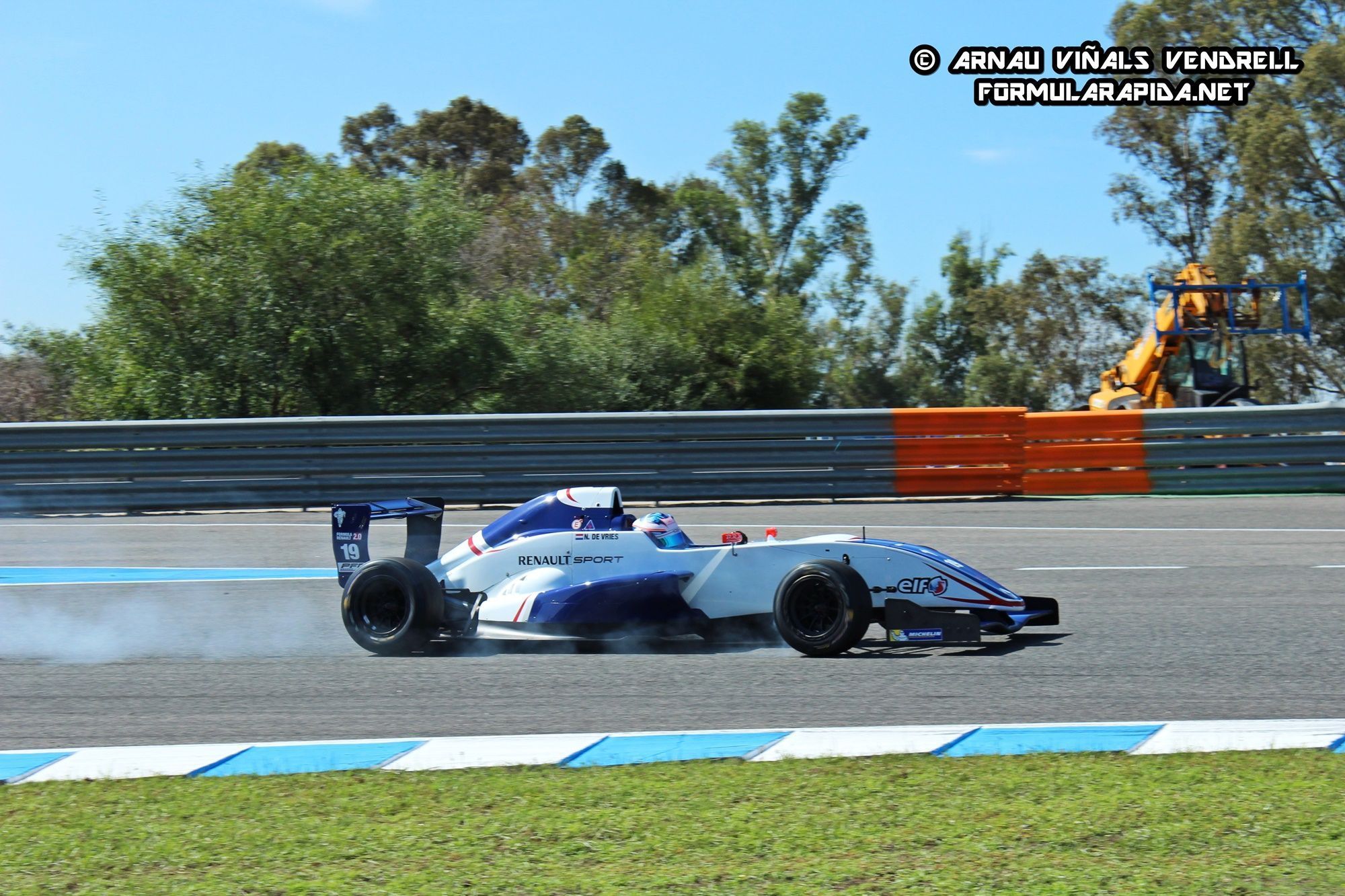 Nyck De Vries finished on top in second free practice session in Jerez. Parry and Aitken’s Fortec follow him closely in a session in which teams could take profit. Allen was the only one to stop his car.

Koiranen driver does have a championship in his pocket but he does not lift his foot from the gas by any reeason. Nyck De Vries leaded again free practice session and was the fastest one although being a second slower than Orudzhev this morning.

While starting the session Olsen, Orudzhev and Bonifacio where the drivers with best rhythm, but in a quarter De Vries arrived and set best time until last minutes, when Bonifacio and Aitken took it from each other until De Vries improved eight tenths his time when three minutes left for the end of the session.

At half session, Allen ran wide and got stuck outside the track despite not having crashed into the wall. Session had to be stopped and a recovery vehicle went for his car. During ten minute pause Pietro Fittipaldi talked with Koiranen staff as they changed the front wing setup.

All drivers who have been on top of the time table were driving two weeks ago in Formula Renault 2.0 ALPS in this same circuit, and experience is felt. Will see how everything goes on tomorrow.