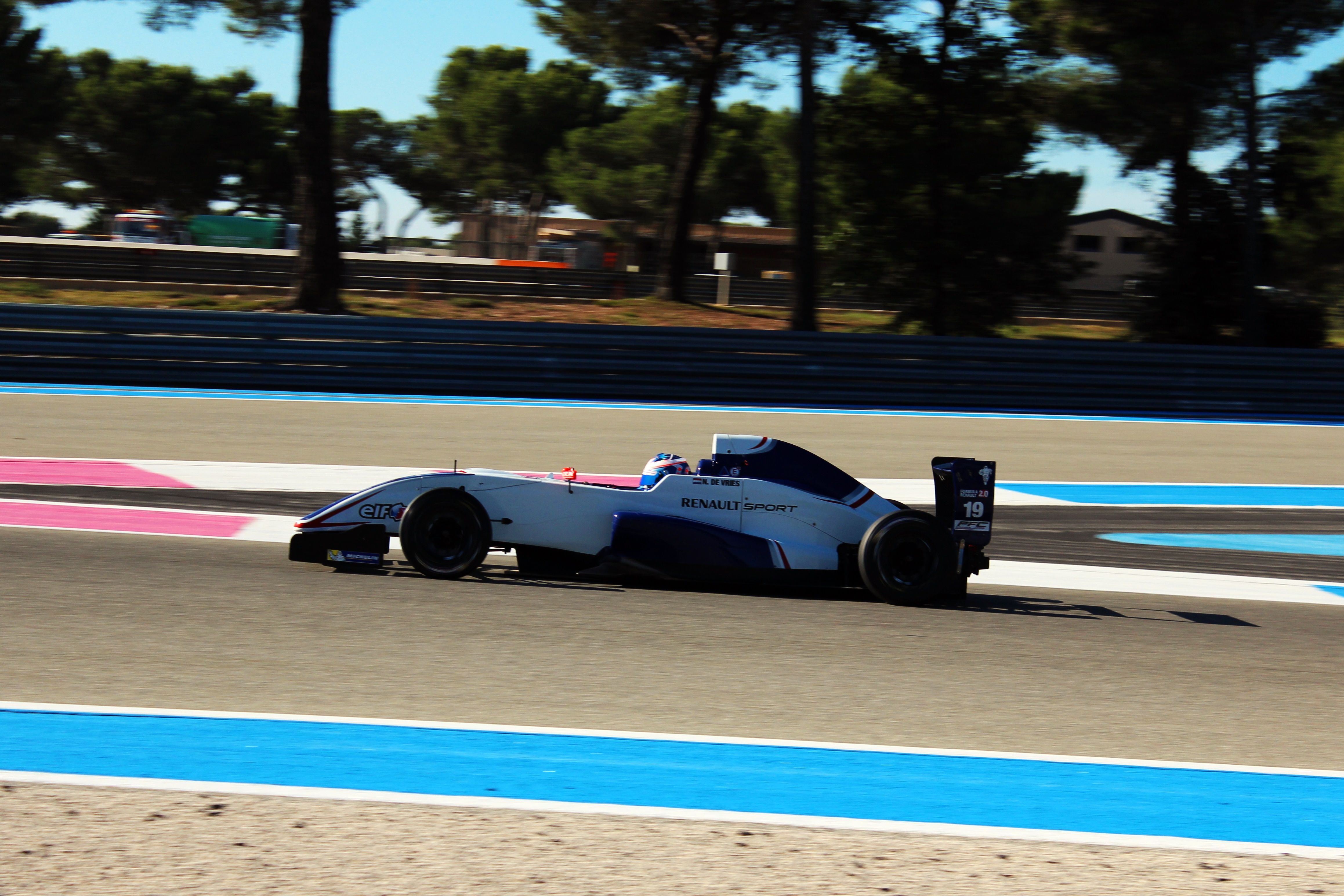 Nyck De Vries achieved this morning the pole that could be his last one this season without having the title in his pocket. The Dutch driver will share row with local driver Aurélien Panis, followed by Orudzhev and D’Agosto. Title rival Dennis Olsen will start from sixteenth position.

Nyck De Vries points directly to his second title this season and his life as a driver after ensuring Formula Renault 2.0 ALPS in Monza three weeks ago. With this morning’s pole position Dutch targets victory in a moment that Formula Renault 2.0 Eurocup title is just about him.

That’s as Dennis Olsen, second in championship and only one able to take leading position from De Vries, will start from sixteenth position after a disappointing qualifying session. Olsen will have to cut at least fourteen points to leader if he wants to ensure some possibility to fight for title in Jerez. De Vries has then enough with finishing ahead of the Norwich and winning today’s race would make the work more than done.

Referring to the grid, Panis will be next to De Vries in first row. Local driver shows himself strong this weekend after making yesterday his best race in the whole year. Orudzhev and D’Agosto will follow them in second row.