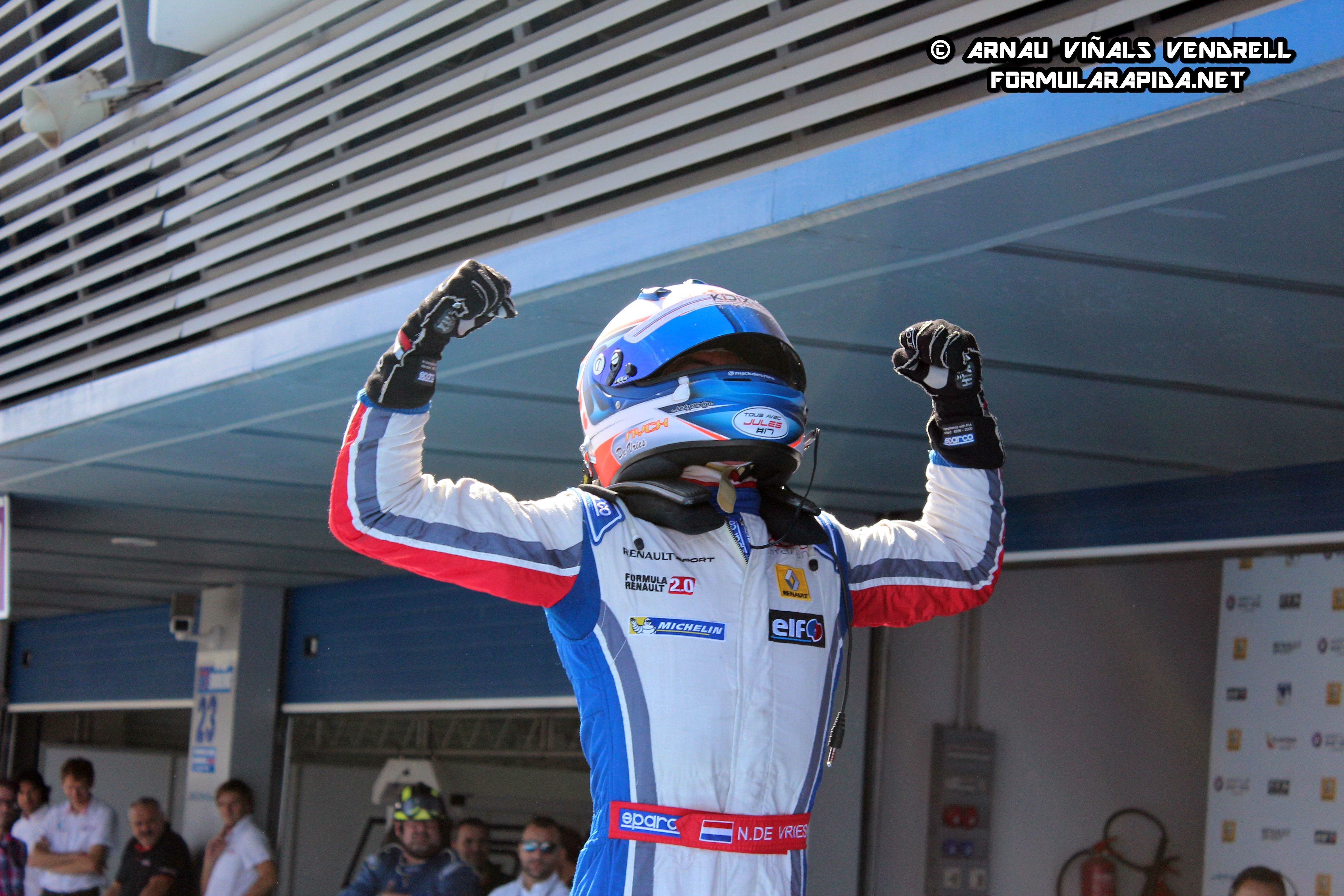 After made his debut in the Eurocup with 16 in R-Ace GP (nowadays the ART Junior Team), De Vries had surprised everyone with the fifth place in the championship in his first singe seater year with 2 podiums. Also he raced in the NEC where he took a pole position and a victory, completing the season in 10th place.

Last year he joined Koiranen GP, one of the most successful teams in the Eurocup but the results weren’t the expected. Finishing in 5th place in the Eurocup with 2 victories and one pole position. In the Alps was 8th.

But this 2014 was the “De Vries year”, continuing in the Finn team, the Dutch takes the Eurocup and Alps title in a dominant way. In the Eurocup 5 victories, 6 pole position, 5 fastest laps and 10 podiums helps him to win the championship with more than 100 points of distance. In the Alps the dominance was higher with 9 victories, 9 pole positions, 10 fastest laps and 12 out of 14 podiums.