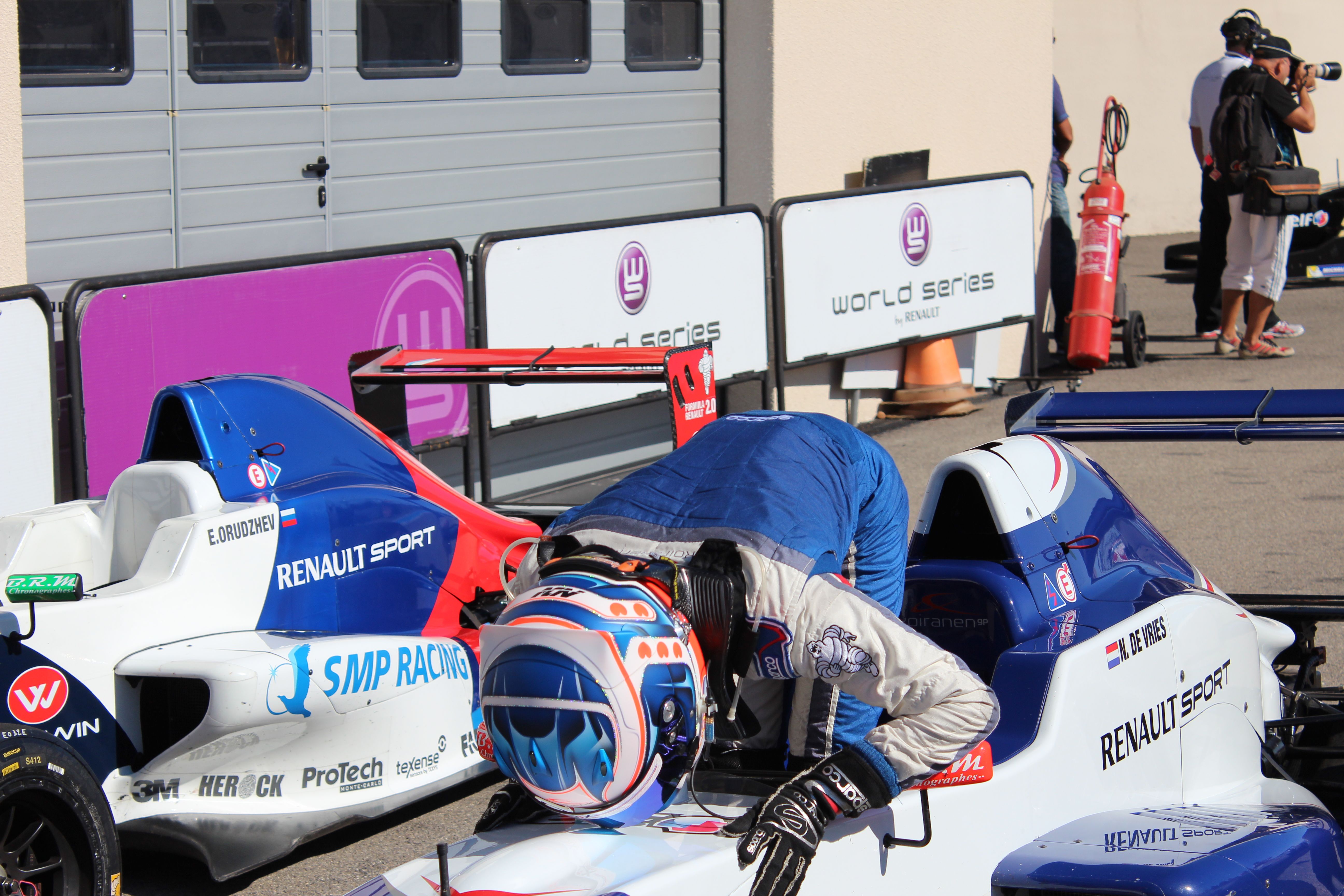 The Dutch driver, Nyck de Vries wins another victory in Formula Renault 2.0 Alps even been the champion since 1 month ago. The Koiranen GP driver wins in front of wild-cards Egor Orudzhev and Matt Parry.

The last race of the season starts with a big delay, 40 minutes -30 of them the drivers were waiting in the starting grid with a hot conditions. As Jerez Circuit reports, they were doing safety maneuvers. Nyck de Vries starts from pole position followed by Egor Orudzhev (Tech 1 Racing), Matt Parry (Fortec Motorsports), Jack Aitken (Fortec Motorsports), Dennis Olsen (Prema Powerteam) and Bruno Bonifacio (Prema Powerteam). As Drivers championship were decided, the race had become a test for the finale Eurocup round for lot of drivers.

At the start, De Vries kept Orudzhev as Aitken and Bonifacio crashes out, making the last appearance of the Safety Car in the 2014 championship. After 3 laps under yellow flags, the green flag made confidence for Dennis Olsen who tries to get the third place. Meanwhile Isaakyan kept the attacks from Leclerc, Russell, Korneev, Fittipaldi, Gachet and Riener for the sixth place battle. De Vries increased the gap with Orudzhev making sure the final victory of the season in this championship.