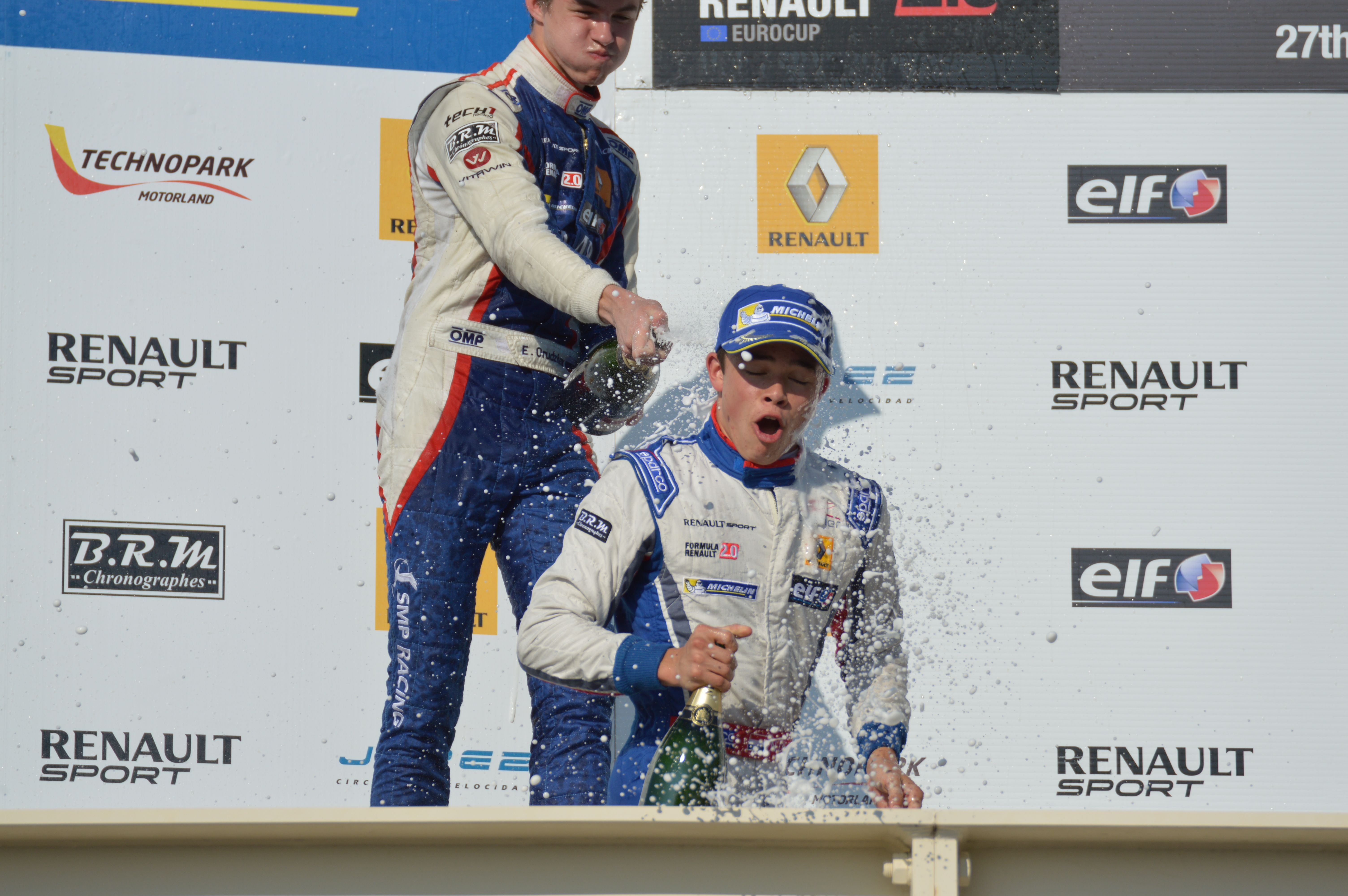 Nyck de Vries (Koiranen GP) had a perfect Saturday at the Circuit Paul Ricard. The member of the McLaren Young Driver Development Programme won the pole before going on for a dominant victory ahead of Egor Orudzhev (Tech 1 Racing) and Lotus F1 Junior Team protégé Alexander Albon (KTR). With the best lap in the race as well, the Dutchman can clinch the title on Sunday as he now has a 63 point lead over Dennis Olsen (Prema Powerteam), who finished sixth today.

In the morning, Nyck de Vries won the pole while setting the new track record for the category at Castellet with a best lap of 2:02.895. Alexander Albon completed row one. Egor Orudzhev qualified third best ahead of the French trio of Aurélien Panis (ART Junior Team), Andrea Pizzitola (Manor MP Motorsport) and Anthoine Hubert (Tech 1 Racing).

Nyck de Vries put in a perfect start to hold on to the lead and immediately pulled out a one second gap to second place Alexander Albon, who in turn pulled away from the group led by Aurélien Panis, Egor Orudzhev, Andrea Pizzitola and Gustav Malja (Josef Kaufmann Racing) at the conclusion of opening lap that would be the last of the day for Matt Parry (Fortec Motorsports) and Gregor Ramsay (KTR).

Stringing together fastest race laps, Nyck de Vries escaped. The battle for the third step of the podium between Aurélien Panis and Egor Orudzhev was intense and turned in favour of the Russian driver. Further back in the field, the duel between Jules Gounon (AVF) and Anthoine Hubert ended with a crash.

Nyck de Vries: “It was a very good day, first with the pole position this morning after what was an excellent lap, then in controlling the race. Qualifying is really important if you’re going to win in this category. I’m still not thinking about the title, the objective is to win as many races as possible before the end of the season, because we need more!”

Egor Orudzhev: “Finally, we’ve had a good weekend! The race was tough, I started third, I dropped a position before getting back then I was able to pass Alex for second place. At the start of the year, our aim was the podium at all the races but I only managed to do it at Motorland. It is good to be back on the podium, I am happy!”

Alexander Albon: “It was a really tough race! The car has a lot of pace on this track, although we struggled to get the most out of it today. It is still a good result and while Nyck is now too far ahead in the general classification, the goal is to try to move up to second place in the championship.”