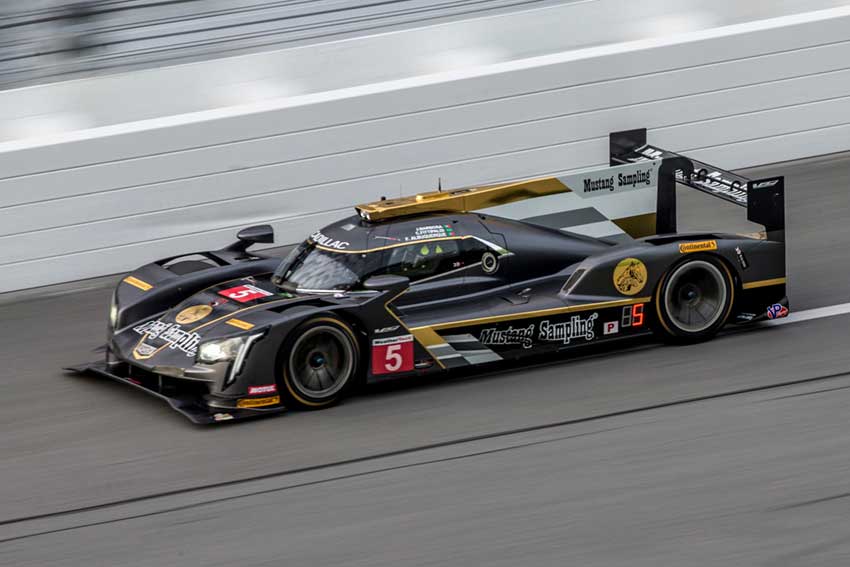 The 24 hours of Daytona are live! The first hour of action has shown a clean start and some very intensive battles for the lead of the race. In Prototypes, Cadillacs lead the race with Filipe Albuquerque first, ahead of Felipe Nasr and Renger van der Zande. In GTML, Ford Chip Ganassi is domaining the race while in GTD, Molina is doing the same.

Probably one of the most popular editions of 24 hours of Daytona is on. After a two warm-up laps, the race started with a clean rolling style start. Only a small contact between Porsche 911 #58, driven by Robert Renauer damaged the car and he was unable to start.

In the early laps, Renger Van der Zande was in the lead after staring from pole position. He was ahead of Helio Castroneves and Felipe Nasr who immediately started a very intensive battle for second position. After few maneuvers, Nasr took second place as Castroneves was dropped to fourth position.

Meanwhile, two-times-formula-1-world-champion was up to 11th position at the start, but he struggled overtaking GT cars, which made him drop to 16th place.

The first pit stops started and it was Felipe Alburquerque who took the lead of the race ahead of Felipe Nasr right behind him and Tristan Vautier, all of them with Cadillac cars.

Dutch driver, Renger Van der Zande was down to fourth position, while the Ligier of Fernando Alonso gained a lot of positions, stepping up to 11th position just behind Juan Pablo Montoya and Robin Frijns.

In GTLM, Ford Chip Ganassi Racing was leading with Joey Hand, while in GTD it was the Ferrari of Catalan Miguel Molina who was in a solid lead, after overtake Daniel Serra at the start.

Do not forget to follow the race LIVE with us: