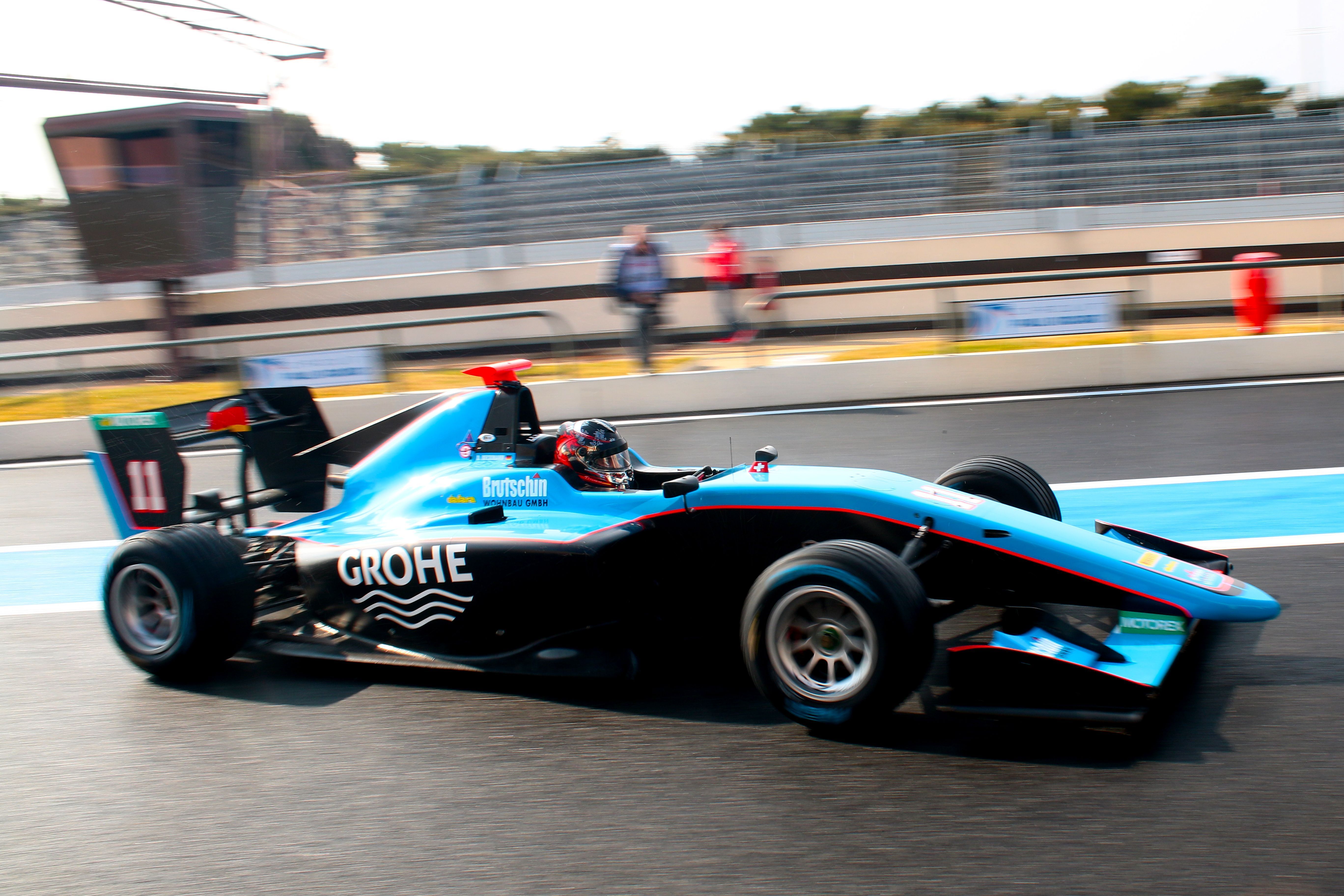 New Jenzer Motorsport GP3 driver David Beckmann spoke to FormulaRapida.net during the last testing days in Paul Ricard and shared his feelings, goals and expectations about the series he is going to debut on this year.

FormulaRapida.net has been able to interview new Jenzer Motorsport driver David Beckmann during the GP3 tests in Paul Ricard. The German driver feels optimistic about the new step he has made on his career

New season, new series, what do you think about GP3 after this day of testing?

“So far it’s very nice to be in the car because it was a long break since last December and it’s also my first time here in Le Castellet and actually it suits quite nice. I only had the simulator sessions here but it’s very nice to drive and to be back on the car. The testing was actually okey, it started a bit rainy and we tested many things so we did not perform so good from the time but we tested a lot and the last session was better. We still had some problems with the car because, with this kind of conditions it’s quite different compared to Abu Dhabi so the team and I have to adapt. It’s a bit weird. The team and I work perfectly together, I’m very happy to be driving in GP3.”

How do you feel with your team mates and the team?

“Very good, very familiar, very professional, but we’re also kind of a family, so we understand each other very good. For sure I think I have quite good team mates. Correa is a bit experienced and has also talent; and Calderón, she is mega experienced and can help the team. I think we have a good driver line-up.”

Tell us about your last year. You changed the team. How was that? You made good pre-season testing, but 2017 wasn’t that good. What happened?

“Yes, I changed to Van Amersfoort in 2017. The test was not so good and then, since the first race in Silverstone it was not good, I had many problems with the car and we couldn’t find the right solution. It was only getting worse, so we changed the team to Motopark, and it was inmediately a lot better, I finished two times in P5 in Budapest. It was okay for my second year, but we felt a bit in a haul in Motopark. We had some issues at some tracks, like in Spa. It’s sad that the season was so unlucky also with Motopark. You jumo to the car in Budapest and it’s mega and then it all goes wrong. We were in the right direction so it’s sad. So that’s one of the reasons I moved to GP3, and it feels really nice to be driving fast again.”

Next year, GP3 will become F3, how do you think this union will affect you? Is GP3 a two-year plan or is it only for one season?

“I think I may be driving in GP3 one more year and even the year after, it’s no problem. Even if the series will be called F3, it will probably be the same amount of horsepower, the same car. So it will not actually be F3, it will be still a very fast car, you can’t compare it with the European Championship. It’s a new series, so you can also make three years. Physically is harder, also mentally, the level is a bit higher. So it’s a step in the right direction, and I like it.”