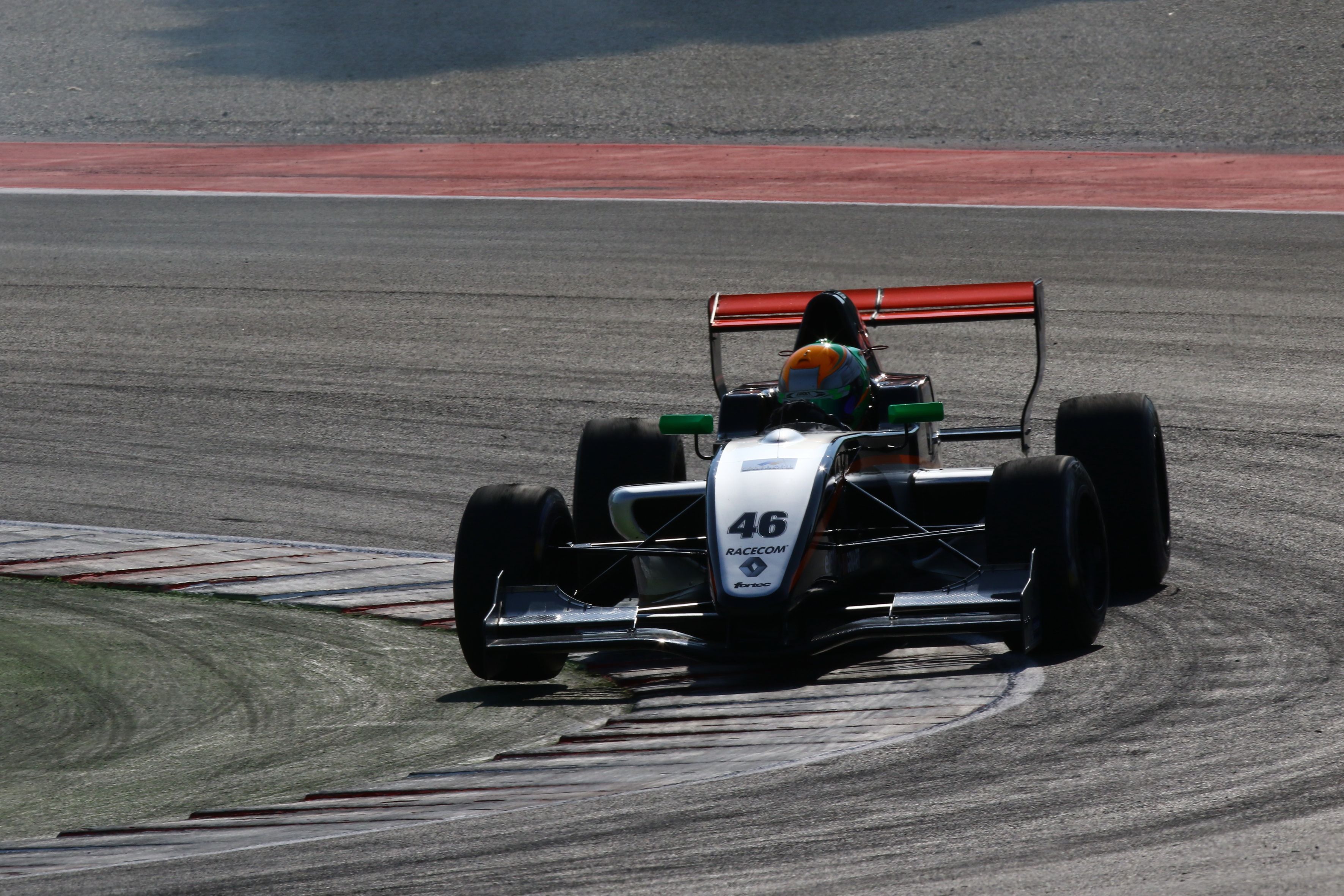 Jehan Daruvala claimed his second pole of the weekend at Misano this afternoon with a 1’32.375, adding to his already successful result of pole and third place in race 1. The Fortec driver will start race 2 with a British Koiranen man behind him, this time being Jake Hughes, who will be hoping to get back on the podium after a 5th place finish earlier in the day. Race 1’s runner up Matevos Isaakyan was just 0.009 seconds behind Hughes to head the second row of the grid.

JD Motorsport possess row 2 on the grid – Brazilian Thiago Vivacqua joins his Russian teammate thanks to his 1’32.686 lap time, a tenth ahead of the victor of race 1, Jack Aitken. Vasily Romanov, who was just a second off the podium earlier, ended his session on his out lap, the nose of his Cram Motorsport machine buried in the tyre wall and bringing about a red flag.

After the scramble to leave the pits, Stefan Reiner was the early pacesetter, trading the provisional pole with fellow Koiranen driver Aitken. Soon Isaakyan joined the fray, before all three were eclipsed by Deruvala and Hughes, the Indian always just out of Hughes’ reach. Reiner makes row 3 all Koiranen, his time a couple of tenths off Aitken’s.