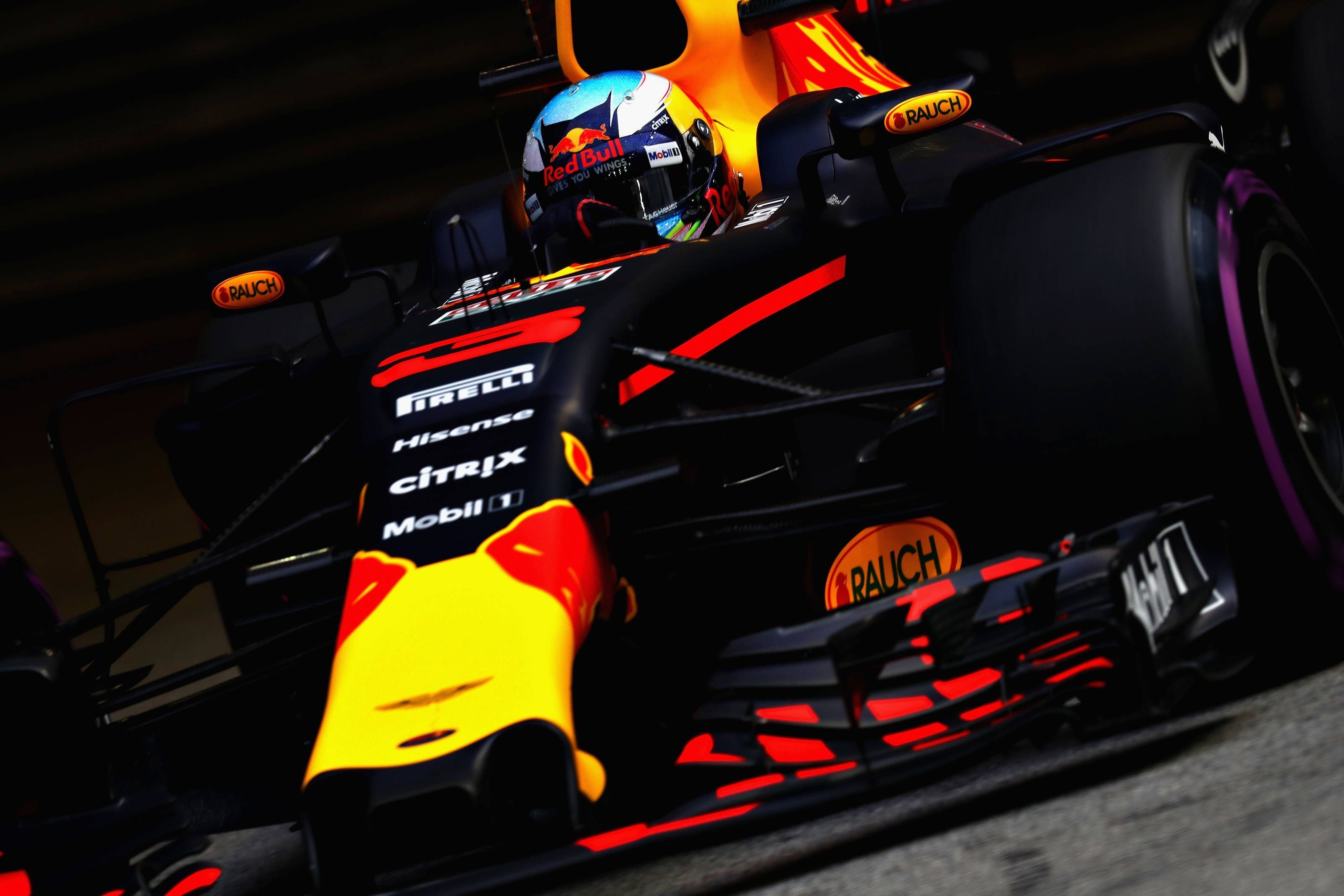 Daniel Ricciardo (Red Bull Racing) remains on top on Friday, with teammate Max Verstappen being the closest behind in second. Lewis Hamilton is the first Mercedes in 3rd.

Daniel Ricciardo tops another practice session in Singapore, the Aussie seems to find his way around the Marina Bay Circuit quite well, managing another quickest lap record with a 1:40:852. Max Verstappen was the closest follower, still 0.556 off the quickest time. Followed by Lewis Hamilton who “only” managed to get the third time and teammate Valtteri Bottas just behind in 4th.

Renault’s Nico Hulkenberg is in 5th followed by both McLaren’s, Stoffel Vandoorne and Fernando Alonso, respectively in 6th and 7th. To complete the top ten we can find Kimi Raikonnen in 9th, sandwiched by both Force India’s, Sergio Perez and Esteban Ocon in that order.

Sebastian Vettel (Scuderia Ferrari) is only in 11th spot, the German seeming to have mostly concentrated on the longer runs. The Toro Rosso’s of Carlos Sainz and Daniil Kvyat closely follow the Ferrari, while Felipe Massa and Lance Stroll still seem to struggle with their Williams. Kevin Magnussen and Romain Grosjean also struggling with their Haas’, with the Sauber boys, Pascal Werhlein and Marcus Ericsson completing the time sheets.