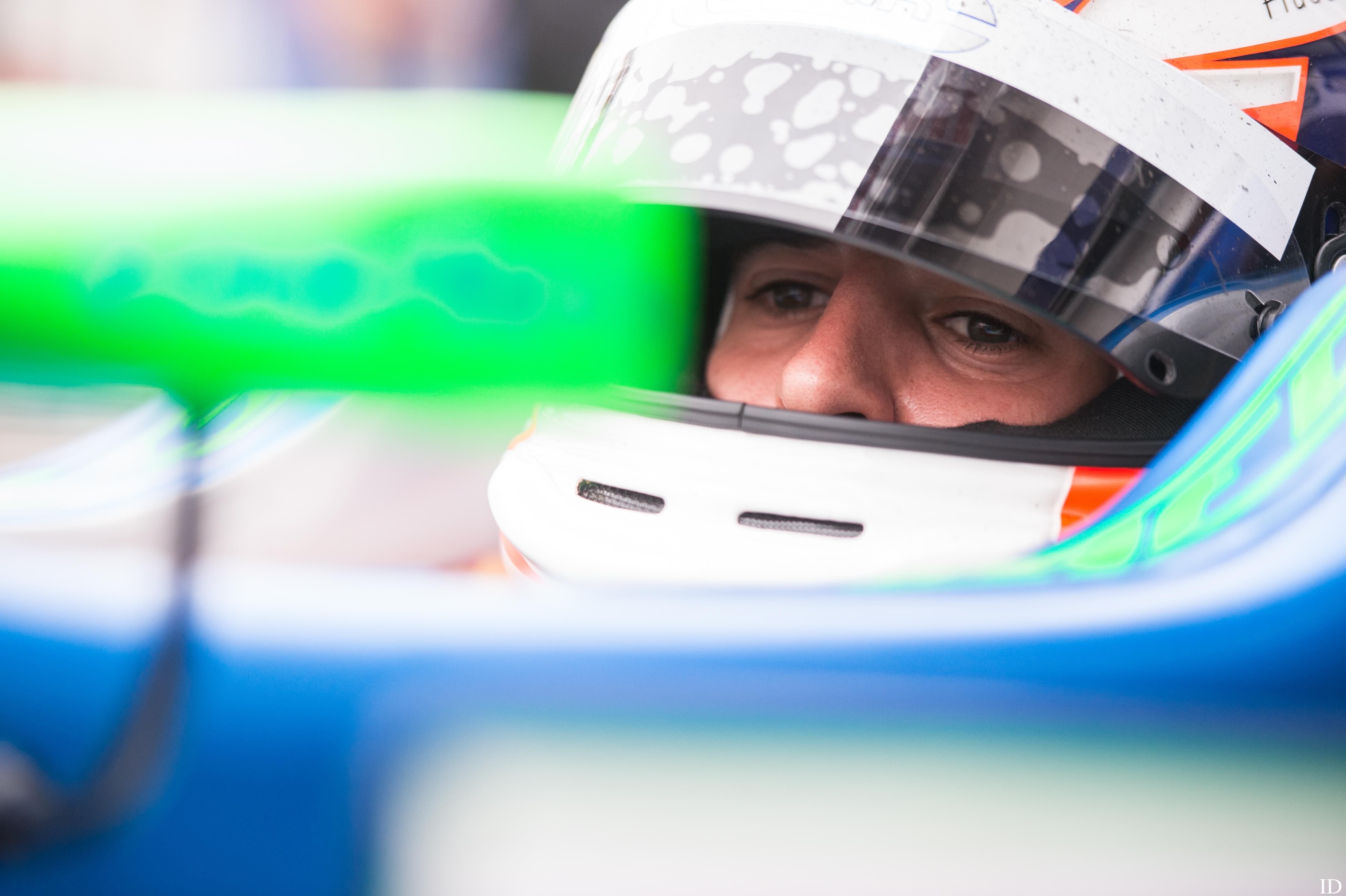 António Félix da Costa (Carlin) has won the Qualification Race to secure pole position for tomorrow’s FIA F3 World Cup on the streets of Macau. In the former Portuguese colony, the Portuguese driver moved up from third on the grid to win the ten lap qualification race from Van Amersfoort Racing’s British driver Callum Ilott and Brazilian Sérgio Sette Câmara (Carlin). Félix da Costa, who won the prestigious Macau Formula 3 Grand Prix in 2012, made his return to the category after an absence of three years, aiming to add a second Macau win to his already impressive track record.

There was a delay of over one hour due to water on the track that had come off the roof of the grandstand in front of the Lisboa corner. Marshals worked hard to clean the track, but that took quite some time. Finally, the action started and pole-sitter George Russell (HitechGP) had a rather poor getaway. He dropped well down the order as António Félix da Costa took the lead. Then, three drivers got it wrong coming out of the ultra-fast Mandarin kink: Maximilian Günther (SJM Theodore Racing by Prema), Anthoine Hubert (Van Amersfoort Racing) and Lando Norris (Carlin) clipped the Armco barriers with the left side of their cars. Further down in the field, Chinese driver Hongli Ye (B-Max Racing Team) hit the rear of the car of his Japanese team-mate Daiki Sasaki and got airborne before landing on track again. Both drivers escaped unscathed, but logically, the safety car was deployed. At that time, Ilott was leading, having overtaken Félix da Costa in the run to Lisboa. The Portuguese was second from Sette Câmara, Russell, Kenta Yamashita (ThreeBond with T-Sport) and Felix Rosenqvist (SJM Theodore Racing by Prema).

Racing resumed at the end of lap four. A charging Félix da Costa managed to overtake Ilott for the lead under braking for the Lisboa right-hander. Three laps later, Pedro Piquet (Van Amersfoort Racing) made a spectacular move to overtake both Sam MacLeod (Fortec Motorsports) and David Beckmann (kfzteile24 Mücke Motorsport) on the inside under braking for Lisboa, moving up to twelfth. On the penultimate lap, Yamashita did it likewise to claim fourth from Russell while Daniel Juncadella (HitechGP) overtook Nick Cassidy (SJM Theodore Racing by Prema) for seventh.

António Félix da Costa: “I hadn’t made a single practice start until today and I didn’t know how my start was going to be. It worked out well, although the red lights were on a little bit long. Then, the key was a good restart after the safety car. I succeeded and managed to overtake Callum for the lead at Lisboa. It was very hard out there. I am used to power steering now and I struggled a bit with my arms. Now it is time to cool down and go for it tomorrow! Track conditions were okay. I am always a little bit conservative going into Lisboa. On one lap, I almost lost the car. The slippery part at Lisboa is something we can’t control. The delay was not too easy to deal with, when you are in the zone and have to wait for over 45 minutes, but it was okay.”

Callum Ilott: “I had a really, really bad start, dropping back to fourth. Then, arrived at Mandarin 10 km/h faster than anyone else. It was a bit close. I had to lift off, but I managed to get through on the right, taking the lead. Then we had the first safety car. I did as well as I could, but António overtook me under braking for Lisboa. There was nothing more I could do, but being second on the grid for tomorrow isn’t too bad. I didn’t take too many risks. I made a mistake on the last corner, where I scared myself a little bit, so I took is easy after that.”

Sérgio Sette Câmara: “I was happy to get a good start. The clutch is different; I was a bit worried about that. I couldn’t get any advantage; I didn’t want to have a silly crash in the first kink. I dropped down to fourth, but then took a little grip into Lisboa and overtook George on the dust. I lacked a bit of braking power, but I think we can fix that for tomorrow. The Pirelli tyres are different to the ones I am used to. At the end, the rear tyres started to drop a bit, but that was expected.