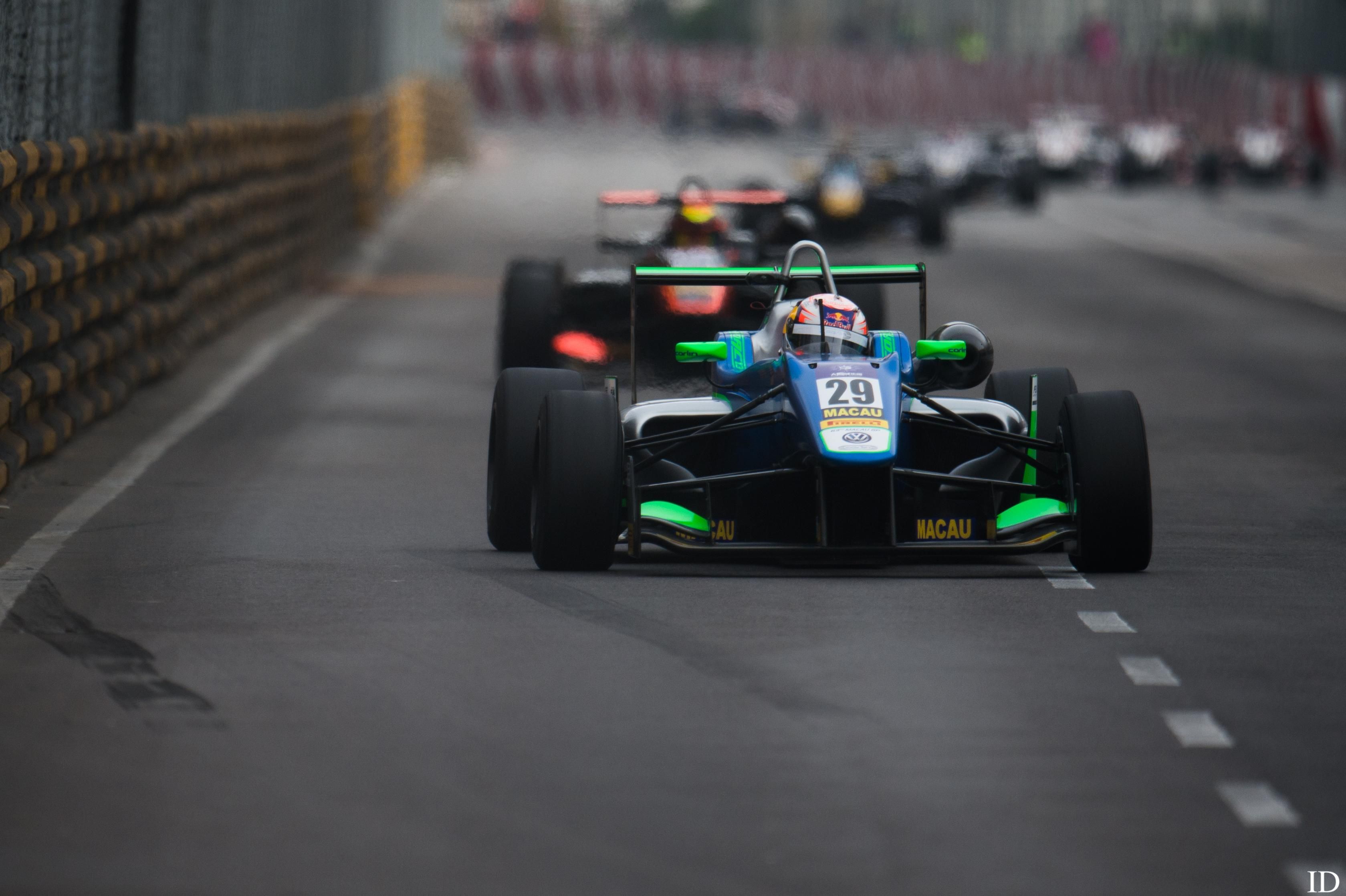 Antonio Felix da Costa has taken the victory in FIA Formula 3 World Cup – Macau Grand Prix of Formula 3. The Portuguese had a great battle with his team mate Sette Camara who finished third, Rosenqvist was second.

Callum Ilott surprised everyone with a great start taking the lead at turn 1, but wasn’t enough because at turn 2 was Da Costa who passed the Briton and then was Camara who took the lead at Lisboa at turn ahead of Da Costa, Yamashita, Rosenqvist, Russell, Juncadella, Hughes, Ticktum and Beckmann in a start where it was no crashes.

Immediately Camara (Carlin) pull a gap ahead of Da Costa (Carlin) while Yamashita (ThreeBond with T-Sport) was losing a lot of time and got passed by champion Felix Rosenqvist (SJM Theodore Racing by Prema) on lap3, Ilott (Van Amersfoort Racing) overtook the Japanese as well.

The safety car came out on lap 4 after a crash from Nikita Mazepin (Hitech GP). At that point of the race, FIA F3 EC runner-up, Maximilian Günther (SJM Theodore Racing by Prema) had also to abandon due to a puncture.

At the restart, Da Costa had enough time to overtake Camara for the lead. A couple of laps later, Nick Cassidy (SJM Theodore Racing by Prema) who started from 28th position was running 11th when he abandoned the race after a crash, which caused another safety car appearance.

At the restart Camara wasn’t close enough to try the manoeuvre on Da Costa. The Red Bull Junior driver saw how a lap later, Rosenqvist passed him for final second place.