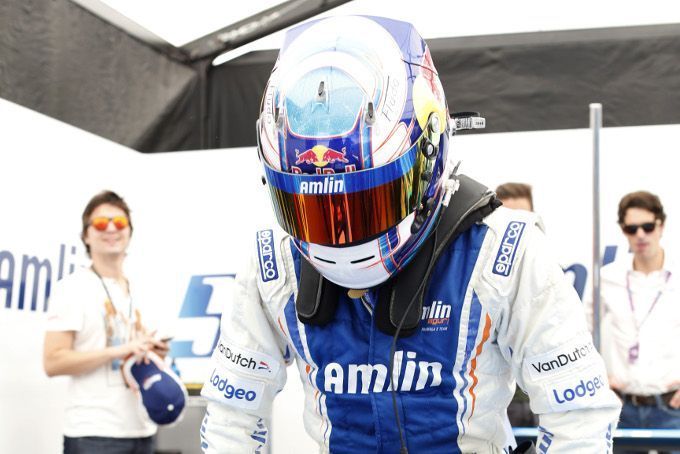 “To join Andretti Formula E is a big thing for me,” said da Costa. “I have always loved the way Americans go racing, and how they do sports in general. I’m a big fan of IndyCar and, to me, Andretti Autosport has always been an iconic team. To finally be able to say that I’m joining and racing for this amazing team, and family, is a big deal. We have a great team in place, the MS Amlin car looks good and the people around me are super professional. I’m ready to get the season started.”

Charles Philipps, MS Amlin CEO, said, “We are delighted to have Antonio back driving for our team. He proved to be a favourite with the fans and a winner in season one. We’re excited to see him racing in the MS Amlin colours next season.”

Da Costa claimed his maiden Formula E victory in the 2015 Buenos Aires ePrix, and went on to finish eighth overall at the end of the inaugural season. Da Costa finished the 2015/2016 season ranked 13th in the drivers’ standings.

“We’re very excited to have Antonio join the team for season three,” added Michael Andretti, Andretti Formula E team owner. “I feel adding him is going to give us one of the strongest driver line-ups in the field. We’ve been watching Antonio over the last two seasons and I feel he has been very impressive on the race track. It will be great to be racing with him, instead of against him.”

Most recently, da Costa has been preparing for the coming season testing with Andretti Technologies in the TE Connectivity ATEC-002 Formula E test car.

“The driver-engineer pairing plays an integral role in the success of the race team,” said Alan Amici, VP of automotive engineering at TE Connectivity. “In a sport where milliseconds matter, Antonio has been providing our engineers with important feedback on the car to help improve performance. Technological advancements combined with talented drivers give us great confidence as we prepare for the start of the season.”