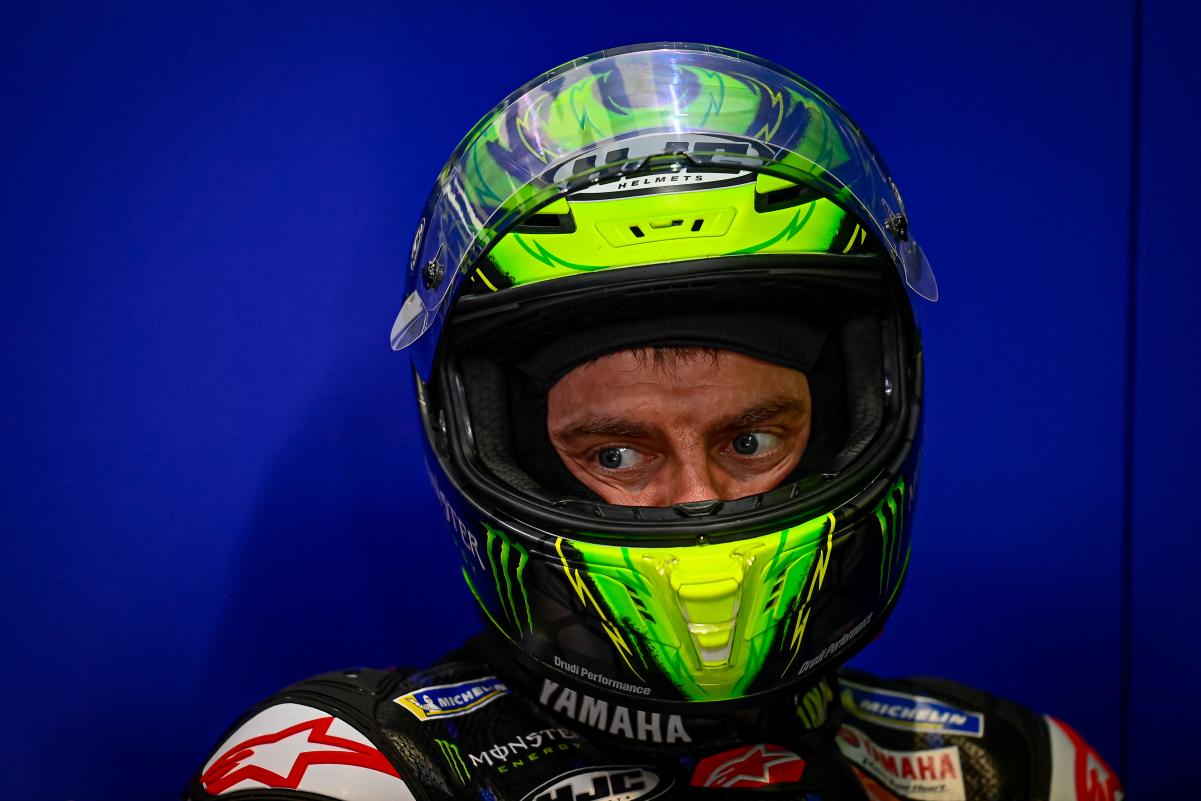 Cal Crutchlow will replace the recovering Franco Morbidelli at Petronas SRT for three MotoGP rounds after the summer break.

Amid the summer holidays, Petronas SRT chief Razlan Razali, revealed that Morbidelli will need more time to recover from his knee surgery. The Malaysian pinned hope for an early return for the Italian, but noted that the earliest is likely to be Misano.

However, while announcing Yamaha test rider Crutchlow as his replacement, it looks like Morbidelli will be ready by the Aragon round on September 9-12. The British rider, meanwhile, will make his MotoGP return after ending his terms with Honda in 2020.

Crutchlow joined Yamaha as a test rider, replacing Jorge Lorenzo. He did not ride in Dutch GP, when World Superbike’s Garrett Gerloff was called upon, but with time at hand, Petronas SRT will field the Brit alongside Valentino Rossi.

Crutchlow will race in both the Austrian rounds, along with his home MotoGP event at Silverstone. “It’s great to be back riding with Yamaha this year as the official test rider and to be able to step in when needed is good for all parties,” he said.

“I’m looking forward to riding for Petronas Yamaha SRT in the three Grands Prix. Obviously it’s not in the best circumstances and I wish Franco a good recovery, I hope he comes back strongly after the knee surgery. I’m sure he will because he’s been riding fantastically over the last two years.

“I think it’s difficult to set targets for these three races and it will be more about understanding the bike, as I’ve had limited riding days this year. The good thing will be that I can compare the bikes and I should be able to gather a lot of data for Yamaha. It’s a bit like being thrown in the deep end, as it’s a very competitive MotoGP class, but I’m really looking forward to it and it’s going to be good to be back on the grid.

“I’m looking forward to meeting the team in Austria, although there will be some familiar faces for me because Wilco Zeelenberg was my Team Manager in Supersport in 2009 and I actually raced against Johan Stigefelt some years ago, so it’s going to be a pleasure to be back with them.”

At the same time, Razali, added: “After looking at all the options, it was a collective decision between Yamaha and ourselves to ask Cal Crutchlow to fill in for Franco, while he recovers from surgery. Cal is a credible and experienced rider, who is currently a test rider for Yamaha. As an independent team, this is where we can really step up to help Yamaha.

“Cal will be able to rack up some good mileage on our M1, which should aid him with his testing and development work for Yamaha. Cal will replace Franco for the next three races and we have no real targets for him in terms of results. We will do all we can to help support him and make him feel comfortable in the team. He’s already familiar with some of the key people in the team, which helps, and I’m sure he’s up for the challenge.”