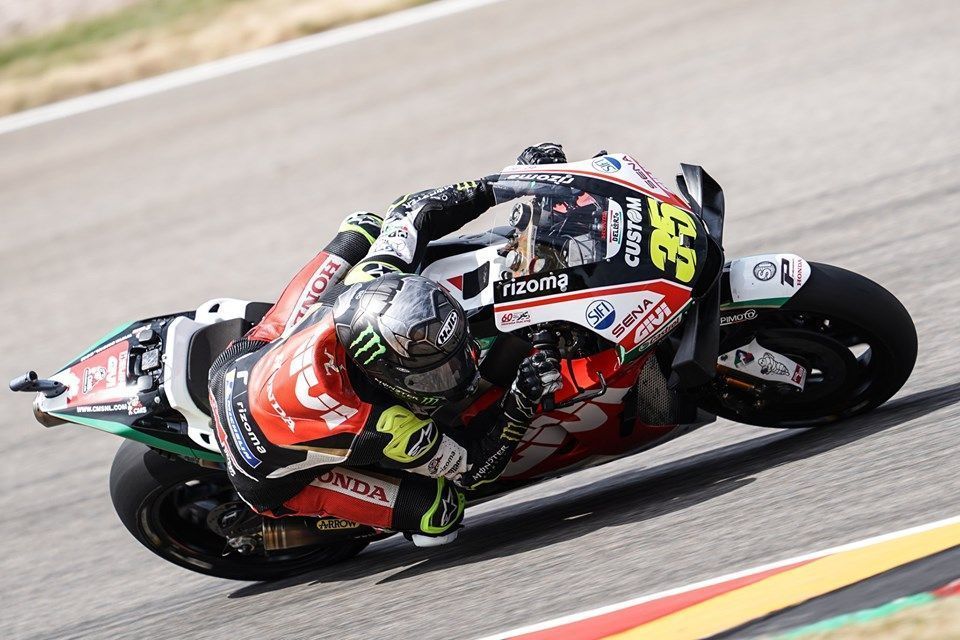 LCR Honda’s Cal Crutchlow put on a good show in German GP where he scored his second MotoGP podium of 2019 as he reveals of two moments where he decided to settle for third.

Crutchlow wasn’t in his best shape coming into the German MotoGP weekend at Sachsenring after a bicycle incident which left him with a broken tibia and loads of pain for the grand prix weekend. Despite that, Crutchlow still completed the full MotoGP weekend.

Not only that, he finished on the podium in third and had second in sights against Yamaha’s Maverick Vinales for almost whole of the MotoGP race. After Suzuki’s Alex Rins’ crash and couple of moments towards the end, he decided to keep third and bring it home.

“Honestly speaking, taking nothing away from Maverick, I felt like I had a better pace,” said Crutchlow. “But I didn’t need to pass, I was already in third, a podium position, I wasn’t going to catch Marc and I thought ok let’s wait until the end of the race.

“With five laps to go, it was quite windy and I had all the vents open in my helmet and there was water coming out my eyes so I had to really blink. So I let him go for a second and then I came back again once my eyes had cleared.

“Then I thought right, two laps to go and attack. I had the massive moment then, so I said ok, you can have it. I cruised round the last lap, honestly on the last lap I hardly even braked I was going that slow, I just thought ok just take the podium and it’s done.

“Maverick rode a good race and so did Marc, we have to give credit to Marc, he was the runaway winner again and we managed to take some points off his competitors in the championship again. I would have put a lot more pressure on Maverick but.

“I would have passed him if Rins hadn’t have gone down, and I was willing to take the risk to be on the podium or not. But once Rins went down, we were catching him anyway, but once he went down it was quite an easy podium.

“At one point we had nine seconds to the guys behind, which is a really strange race around here so as I said really pleased. As I said on Thursday, I wouldn’t use my injury as an excuse to go faster or slower this weekend.

“I’ve always come back quick after an injury and I don’t plan to get injured before every grand prix. Obviously we’re very happy, the team have done a great job this weekend, we thoroughly deserved that, we’ve been battling the last couple of races.

“I was really disappointed in Barcelona because I thought there was a podium there. Last week I was strong in the middle of the race, at the start and the end I made mistakes so. Hey, this is racing and I’m pleased to go into the summer break with a podium.”

The podium helped him to be ninth in the standings with 67 points, which is same as Petronas Yamaha SRT’s Fabio Quartara. For his teammate Takaaki Nakagami, it was also a painful ride after his Assen crash via Yamaha’s Valentino Rossi.

The Japanese rider made it from Q2 to Q1 and eventually finished 14th. “It was a really tough day,” he said. “The situation is that my whole body was getting worse not better so unfortunately it was a difficult two days.

“We did really well considering my condition in qualifying. During the warm-up, the doctor gave me some injections to help with the pain which helped a bit. During the race there was a lot of pain and it was difficult.

“Over the last eight laps I had lack of grip on the rear and I had to slow down, but we scored a few points and that’s quite positive. Now we have three weeks off and I’m going back to Japan so I will have time to rest, especially my left foot.”