Home Rally Dakar Coup of authority of Peterhansel, Sainz out 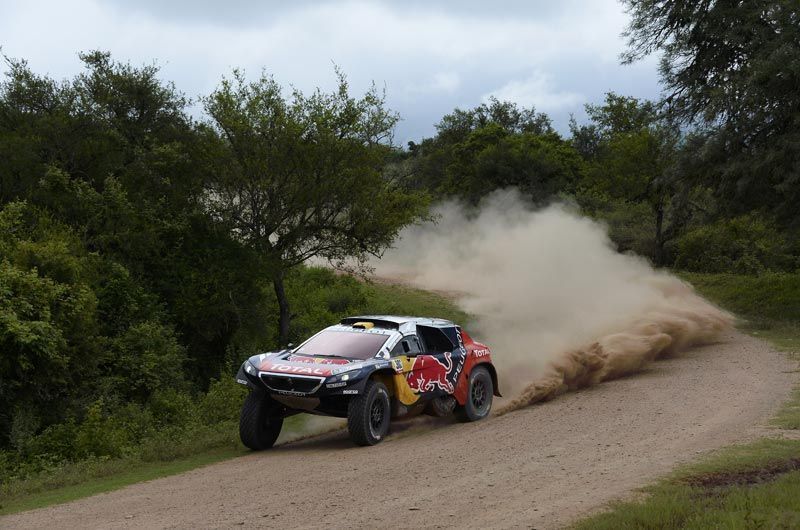 Stéphane Peterhansel wins the 10th stage with authority ahead of Despres and De Villiers. Carlos Sainz with many problems said goodbye to the fight for the victory

The key feature of today’s stage 10 is that the leaders of the three categories will start “together”. Due to the climatic conditions has been delayed the output and finally, overtake the target to the kilometer 244 by the rising of a river that prevented the passage to the participants.

A complicated special link that favored surprises. This second part of the rally is being very hard for the participants. Started the special and already were in one of the best in the stage of yesterday stopped. Erik van Loon stood at kilometer 5 of the stage. Then we saw Nasser Al-Atiiyah with problems in the Kilometer 6, everything pointed to an overturning of Qatar driver with his Mini.

Carlos Sainz also had problems, in this case to find the WP1 on the kilometer 30 and he furthered De Villiers (Toyota) and Hirvonen (Mini), but above a puncture. suffered an additional setback to the leader of the overall The problems in the WP1 began to be general and Stéphane Peterhansel also had difficulties at that point.

In the CP2, 3 Peugeot of Peterhansel, Sainz and Despres were leading the stage. Al-Attiyah after the dump was 6th to 28’44”.

Peterhansel has finished doing a perfect stage after a hard attack in the dunes. Cyril Despres has been the only one able to match the pace of 5’40”. Third has entered De Villiers to 26’16” and Al-Attiyah 5th to more than 52′. So the French pilot of Peugeot retrieves the leadership of the overall with 1h of advantage over Al-Attiyah and De Villiers.

Carlos Sainz accumulated many minutes trapped in the dunes because of a fault in the gearbox. At the time of close this edition had not yet passed by finish line.