Home Single-Seaters FIA Formula 2 Correa shares video of him trying to walk on his own amid... 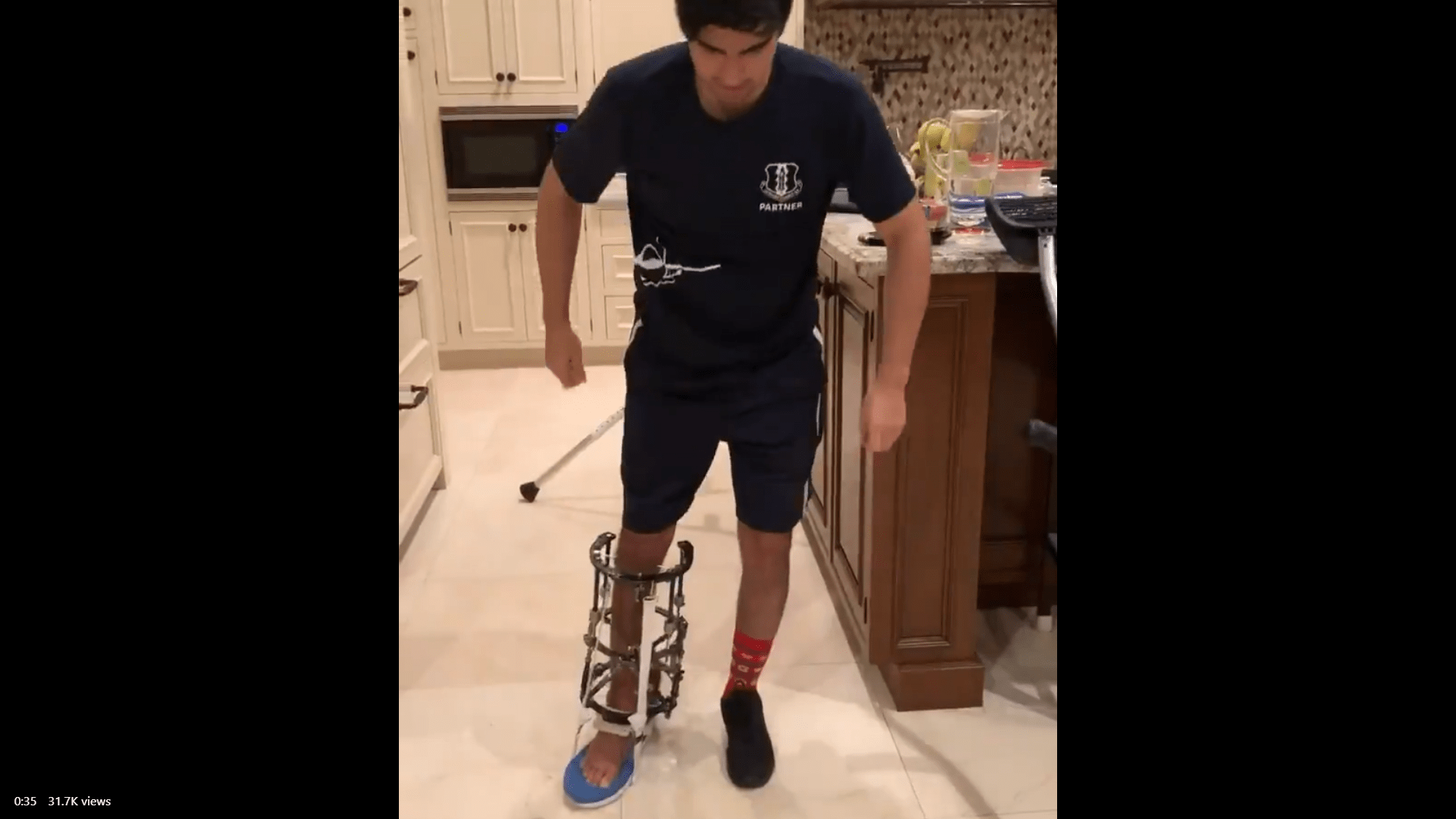 Juan Manuel Correa has shared a heartwarming video of him trying to walk on his own with his leg still wrapped with devices as he continues his rehab.

Following a life-threatening incident at Spa-Francorchamps, Correa has been subjected to months of hospital confinement and now a home lockdown, as he continues on his recovery process which he admits will take years, with no guarantee of perfection.

He had issues with his lungs and the spinal cord but at present, the major trouble is his right leg, which is still wrapped with a supportive device to help the bones get healed. He has been using wheelchair for all of his movement, whether inside or outside.

But late on Wednesday, Correa shared a heartwarming video of him walking on his own without even the support of a stick. It is still long way to go before it fully mends, but it is an inspirational video, nonetheless, to see the Ecuador-American racer on his feet.

While Correa cannot race in reality, the Alfa Romeo Racing development driver has taken up racing virtually, with a set-up, where hand movement is paramount, something which Arrow McLaren SP’s IndyCar racer Robert Wickens is also doing.

Correa represented Alfa Romeo alongside Antonio Giovinazzi in the recently-concluded F1 Virtual GP at the Shanghai International Circuit. It was the first F1-related event he took part in, since the horrors of the F2 accident, which cost Anthoine Hubert’s life.