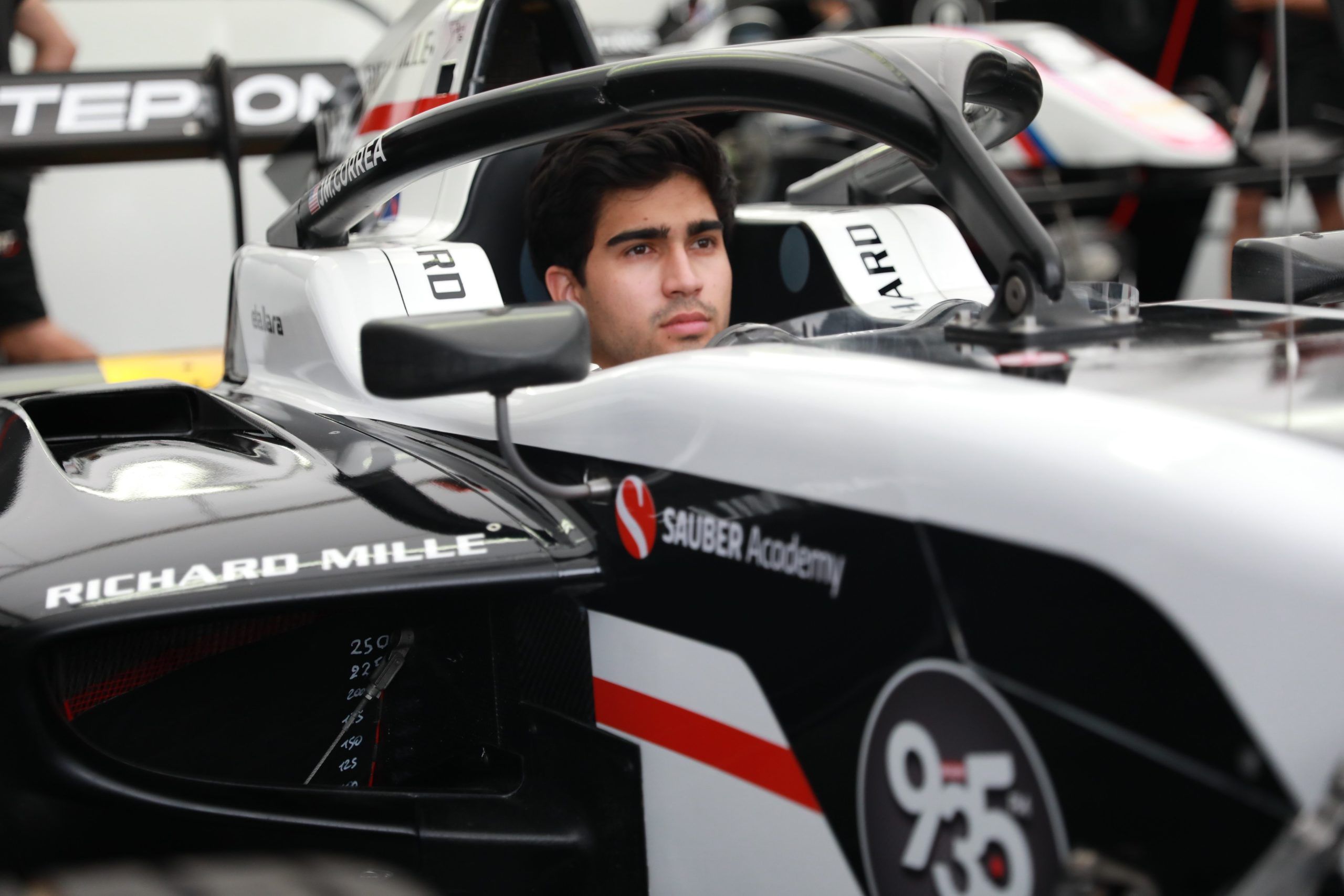 Juan Manuel Correa has rejoined the Sauber F1 Academy after his competitive return to racing in F3 from the horrific accident at Spa.

Before his crash, Correa was already part of the Sauber Academy and also had the chance to drive the F1 car for the first time at Paul Ricard in 2019, when he was racing in F2. Post the incident, the Ecuadorian-American focused on his rehab.

He eventually made his return to single-seater racing earlier this year in F3 with ART Grand Prix. In the first round at Barcelona, Correa managed to score a point in the competitive field of 30 racers, showcasing shades of his pre-injury talent.

He has now rejoined the Sauber F1 Academy as he looks to compete in F1 in future. “It’s very special to be back with the Sauber Academy: they’re the junior programme of the team I was with in 2019, when I had my first and only F1 test, and it’s a great feeling to be working with them again,” said Correa.

“I am very excited to show the Academy’s branding on my car and my helmet already from this weekend in France and I am looking forward to helping the team whenever needed, be it in the sim or elsewhere. I am very grateful to ART and Sebastien Philippe, and of course to Fred Vasseur, for all the support he has given me, and to everyone else at Sauber, from Beat Zehnder to all those who have been absolutely amazing and so supportive since my accident and throughout my recovery. It’s an honour to be back with this team.”

At the same time, Beat Zehnder, Sauber Motorsport Sporting Director, added: “Juan Manuel always displayed skill and determination, but his remarkable comeback from injury is an inspiring story that shows all his strength and will power. We have nothing but sheer admiration for his tenacity and we are happy to help him, through the Sauber Academy programme, as he resumes his motorsport career.”

Here’s how first round of F3 panned out