Citroen Racing has decided to field Mads Ostberg in more of the FIA World Rally Championship rounds in the 2018 season, replacing Kris Meeke.

The French manufacturer will field Ostberg in the remainder of the WRC season in the second Citroen C3 as a replacement for Meeke, whose contract was terminated due to excessive crashes.

The Norwegian with co-driver Torstein Eriksen has already competed in three of the seven rounds so far, sitting 11th in the standings with 26 points and a best result of fifth place in Rally Italia Sardegna.

Ostberg will now compete alongside Craig Breen in the second Citroen in Finland, Germany, Turkey, Britain and Australia with the exception in Spain where Sebastien Loeb will return for his final rally of the 2018 season.

“We are now entering a rebuilding phase, already partly looking ahead to 2019, but before that, we have to finish this season as well as possible,” said Citroen’s Pierre Budar. “And Mads, both due to his experience of the world championship and with the C3 WRC, can undoubtedly help us to move forward in a calm, relaxed manner.

“He is consistent and that is reflected in the many minor places he has collected at almost all the events. He has also settled back into the team very smoothly.” The French manufacturer confirmed its stay in WRC for the 2019 and 2020 season in Italy.

“I’m delighted to have the opportunity to continue competing for Citroen Racing,” said Ostberg. “It was really great to be back with the team for these first three rallies, having previously worked together a few years ago now.

“I’m honoured by the trust that the brand and Pierre have placed in me. I’ll be giving everything I can to pay them back in the best possible way at the next few rallies, especially as I’m starting to become familiar with the C3 WRC now and Rally Finland is coming up soon, my favourite weekend of the season!

“I’m convinced that we have all the qualities required to do well on these five additional appearances.” After driving the Citroen in Argentina, Khalid Al Qassimi will also return for rallies in Finland, Turkey and Spain. 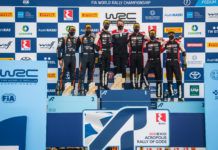 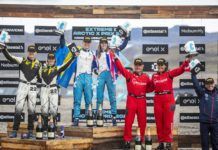 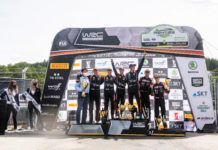 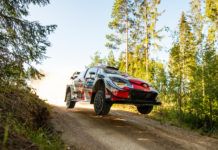