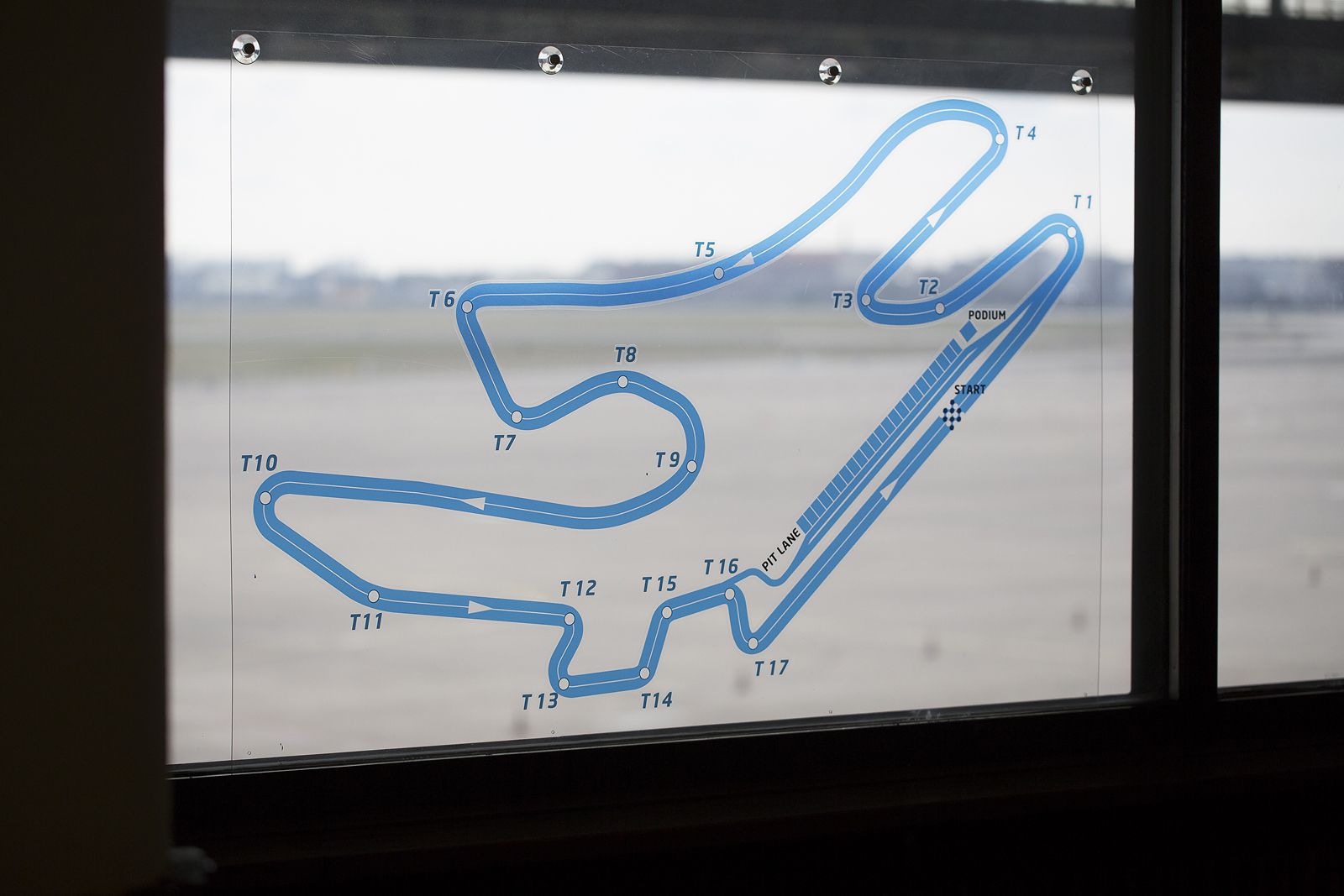 Organisers of the new all-electric FIA Formula E Championship have today unveiled the circuit layout for the Berlin ePrix on May 23 2015, sponsored by leading logistics company DHL.

The 17 turn, 2.47km circuit will be built within the ‘Apron’ section of the Tempelhof Airport, located in the city-centre. Designed by Rodrigo Nunes, it is the setting for the eighth race in the inaugural Formula E season.

The announcement was made during a press conference held at the former airport and attended by Formula E CEO Alejandro Agag, CEO of DHL Express Europe John Pearson, Berlin Senator Cornelia Yzer, members of the press, together with the championship’s two German drivers; Daniel Abt (Audi Sport Abt Team) and Nick Heidfeld (Venturi Team). During the event, guests could also view the Formula E race car, as well as enjoy a lap of the circuit in a fully-electric BMW i3 and a hybrid BMW i8 by Daniel and Nick.

Today also saw tickets for the DHL Berlin ePrix go on sale with general admission (standing) priced from just 10 euros if purchased before April 30, rising to 19 euros thereafter, with children aged six and under going free (if accompanied by a paying adult). As well as a full day’s racing, all tickets will give fans access to Formula E’s eVillage – or fan zone – featuring a variety of off track entertainment including eBike stunt displays, interactive stalls and a driver autograph session.

Alejandro Agag said: “We are delighted to be in Berlin today and to be unveiling the Formula E circuit. Berlin is one of the leading cities in Europe for innovation and sustainable mobility, whilst Germany is renowned for its motorsport passion and hence why we selected it as a host city for Formula E. We’re now very much looking forward to putting on a great show for the fans, one they can be proud of and where they’ll be able to support home-grown talent Nick Heidfeld and Daniel Abt, along with German team Audi Sport Abt.”

John Pearson, CEO DHL Express Europe, part of DHL who are also a founding and official logistics partner to Formula E, said: “The Berlin ePrix is the ideal event to showcase why DHL and Formula E are the perfect fit. As a pioneer of delivery with carbon-free electric vehicles in the German market, we are extremely excited to be welcoming another pioneer – this time with an even faster brand of electric car – to Berlin. We are also looking forward to identifying an ‘e-novator’ of the future at the race, as the jury of our Formula E-inspired Blue Sky Transport Design Award will select a winning electric vehicle design in Berlin in May.”

Speaking about the circuit layout, Nick Heidfeld, said: “It’s going to be very special racing in front of my home crowd and I’m really looking forward to it. It will be the first time for me racing on somewhere like this so should have its own special atmosphere. It looks like it’s going to be a very twisty and challenging circuit with 17 turns in under 2.5km and I think the fans are going to have great visibility wherever they are. When I spoke to some friends recently they were all interested in coming to Berlin and I hope there will be a lot of other fans who will come and join us for the race.”

The race will be organised by German event company Gil Und Weingärtner who will also call upon the expertise of Hans Jörg Fischer – one of the main track consultants behind Russia’s new Moscow Raceway.