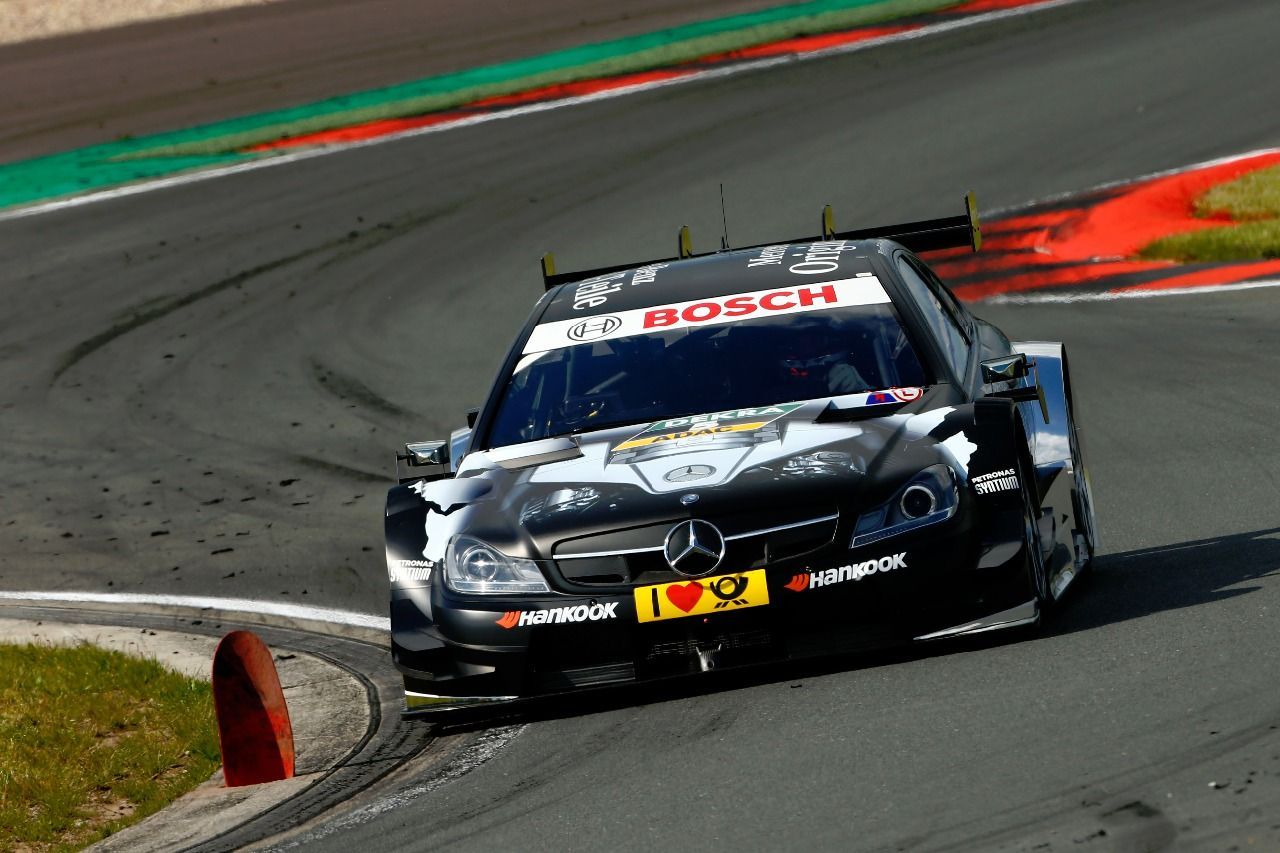 Surprisingly the Mercedes imposed ahead of Rockenfeller and Edoardo Mortara, second and third. Miguel Molina, penalized yesterday to start from last position was sixth and Marco Wittmann finished last for mechanical problems.

Chaotic race this morning at Oschersleben. There were doubts whether it would rain and drivers as Juncadella (who abandoned for accident) started on wet tires. In the fifth round the rain was already widespread. This has made drivers off the track like Wickens, which caused various outputs of the safety car. The race had to finish by time with only 44 laps completed.

On dry Miguel Molina was the king of the track. In four laps he advanced more than ten positions and continued strongly. But on wet he lost a lot of time and did some spins.

On the other hand, bad race for Marco Wittmann. Leading the race but after the safety car he lost eight positions on a runway. Continued escalating but due to mechanical problems it seemed he was leaving the race. Eventually he left the pits but to finish last, nineteenth.

The continuous rain and safety car neutralizations permitted Mercedes get good positions following good strategies as fourth place for Paul Di Resta (who also run wide some times) and eighth for Gary Paffett, who remained in first position some laps because of being the only driver without stopping even still wearing slicks.

The race finished in a battle between Vietoris and Rockenfeller in the last laps and surprisingly Vietoris could maintain his Mercedes AMG ahead of Rockenfeller’s Audi RS5 .

The championship leader is Rockenfeller, followed by Vietoris and Wittmann tied on five points away. Miguel Molina is eleventh.

Races as exciting and competitive as they have given us today is what is expected of a championship as DTM and certainly has satisfied all followers.

Next race is in two weeks in Hungaroring.