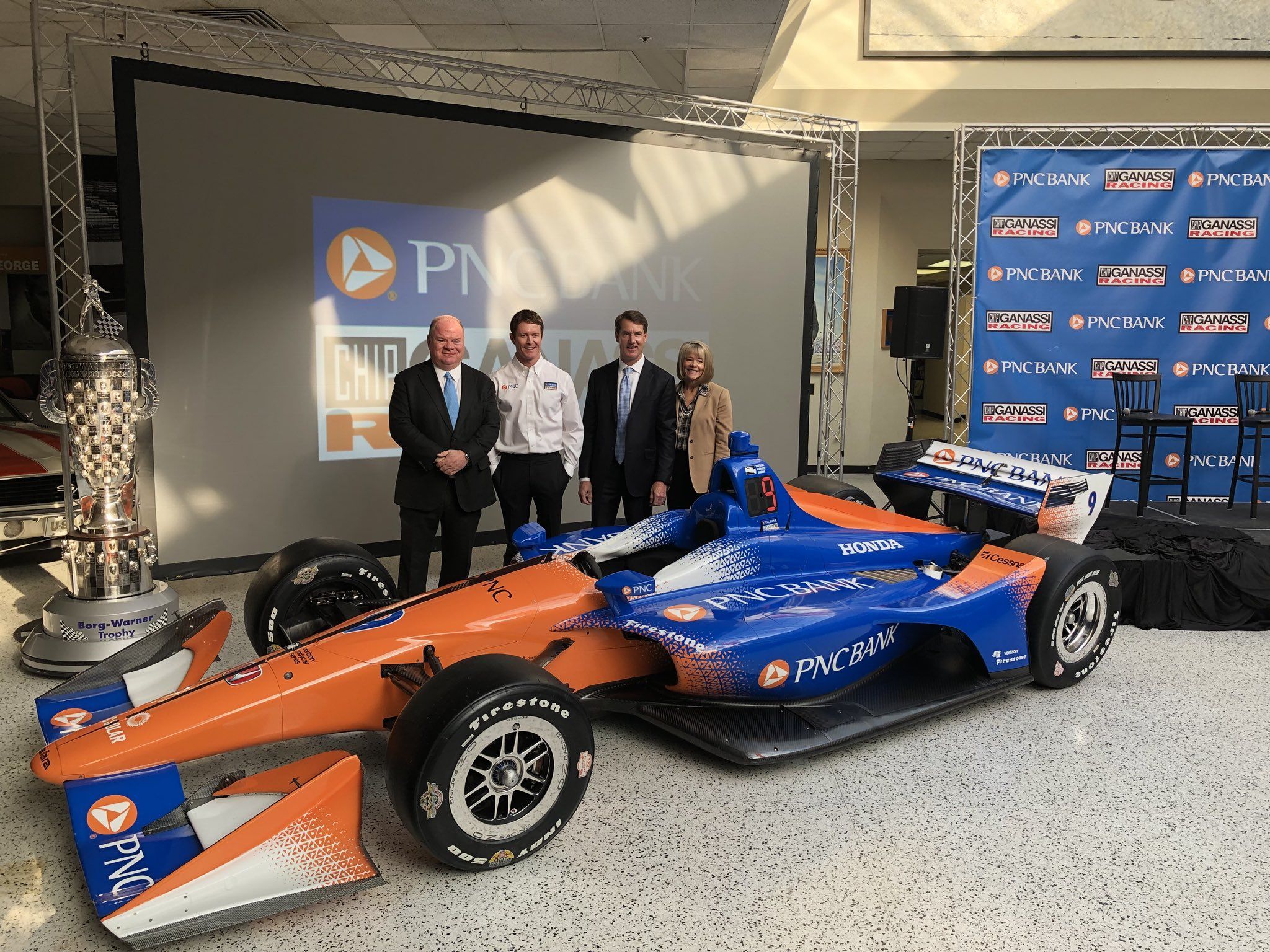 Chip Ganassi Racing has unveiled the livery of the team’s main driver, Scott Dixon. The nº. 9 Honda car will have a new main sponsor and, due to that, new colours. Blue and orange will be the predominant colours thanks to the presence of PNC Bank as the new main sponsor.

The departure from IndyCar of the Chip Ganassi Racing main sponsor, the American discount store retailer Target, meant the end of one of the longest associations between an IndyCar team and a sponsor. After 27 years together, the deal was broken in July of 2016. This caused a major change on the colours of the team’s cars, which had been usually red.

Today, in an event held in Indianapolis, Chip Ganassi has unveiled the new livery Scott Dixon will have on his nº. 9 car. The change is easily visible, and the car is split into two colours: blue and orange, with some white details. This change is due to the arrival of a new main sponsor, PNC Bank, who have imposed the choice of their colours for the livery of the New Zealander driver.

PNC Bank is a Pittsburgh-based bank and, after several years collaborating, they are going to increase their input in order to gain presence on the car. It has not been announced yet on which races will Dixon use this livery, but the sponsor’s plans for are to be used in most of the 17 rounds the upcoming season has.

“As we debut the Nº. 9 PNC Bank Indy car this season, the global brand visibility and the unique race track experiences we can offer clients around the country will bring new opportunities for us in an industry that attracts an estimated 54 million fans.” Said to Motorsport.com the PNC Bank CEO and president, William S. Demchak.

The 2018 Verizon IndyCar Series season will start next month, the 12th of Maarch in St. Petersburg, Florida. Winter testing sessions are currently underway this week at Sonoma Raceway.