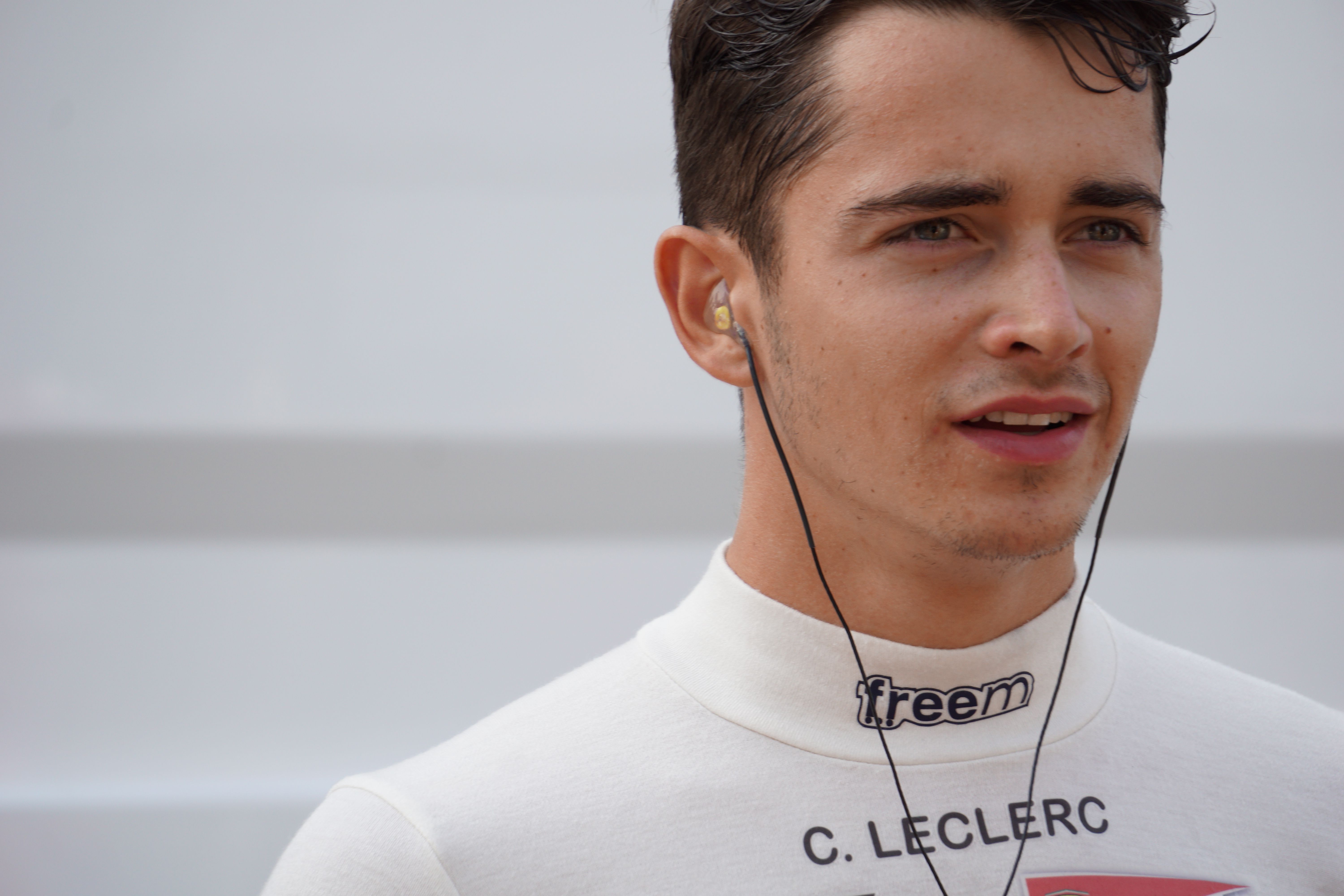 At the occasion of the seventh round of GP3 Series at Monza, FormulaRapida.net met the current leader of the Series, the ART GP Ferrari driver Charles Leclerc. The interview was realised on Sunday after the second race.

CL: We had a very good start with a superb qualifying session. Race 1 has not been easy. Race 2 seemed a bit better, we made some changes on all the cars. Unfortunately we did not make a lot of laps but the changes were effective as Nyck and Alex were very fast. Unfortunately I had contact with Nirei, he made a mistake, it happens. It is a shame but we are not losing much. We are still in the lead of the championship with two more points, so it is rather positive.

Q: We are at Monza, where you claimed your first victory in single seaters. What do you think about this mythical track?

CL: I love this circuit. It is my first time here as a Ferrari young driver and it makes it even more special are there are a lot of Ferrari fans here who also support young drivers. The support here is amazing, it’s heart-warming and I want to thank them for it. About the track, I have always loved it. Usually, when I have good results on a track, I like the track.

Q: Let’s come back to this week-end, you described your pole position as the most difficult of your career, did you expect to end fourth by the end of the race?

CL: No, I was not expecting that. I was expecting a bit better. I knew the Arden had new tyres and it would be difficult to be with them. But I wasn’t expecting Hughes to be that fast. It was a bit disappointing but we quickly found out what was wrong and we fixed it for race 2. Unfortunately we could not see the changes but we are going into the right direction.

Q: You are leading the championship with a rather comfortable margin from Fuoco (24 points after Monza), who do you feel in the “man to beat” position?

CL: Very well. I think it’s always better to have 24 points in the lead than to be second 24 points behind. I think he is in a situation where he cannot make any mistake and I am in a little easier situation. Then I obviously have the pressure of winning the championship but I give my maximum at every race since the beginning of the season.

Q: ART GP has a very impressive line-up this year and it’s the only team who had all their drivers on the podium. Does that spirit of competition -especially with Alexander Albon- helps you this season?

CL: I think it’s top. It makes us improve and evolve quicker. I have always had good teammates in my career but I have never had them as good as they are this year. We are four drivers to fight for the championship, it’s very positive for us four and it’s even more gratifying to be the first of them four.

Q: Thanks to your partnership with the Ferrari Driver Academy, you also are development driver for Haas F1 Team and we have seen you already three times is FP1. How do you cope with your F1 testing and your GP3 season?

CL: It’s quite difficult. To go from F1 to GP3 is extremely difficult are the cars are very different. I had a lot of difficulties in the beginning. It was not a problem of adaptation, but it was more about going from one car to the other on the same track. I will come back in Malaysia but I think it will be quite positive this time as no one knows this track in GP3 so I will learn the track before and longer than the others. Then I will finish with Abu Dhabi where I already did the GP3 post season testing so I already know the track. These are the two tracks where I think it will be the easiest but we will see how it will go. You can’t say no to such an opportunity, they taught me a lot and made me grow up. They gave me a lot of experience and I think it is rather positive although it is quite difficult to have GP3 just after F1 free practice but there are more positives than negatives.

Q: Last year you had 33 races in the Formula 3 championship, this year you only have 18, does that put more pressure on you?

CL: I don’t think so. As I said already, I try to be the best at every race and I will do it until the end of the year. I don’t have more pressure than last year.

Q: Do you still have time to watch or follow Formula 3?

CL: A bit yes. I did not really follow precisely but I know how it goes basically.

Q: What can we wish you for the future?