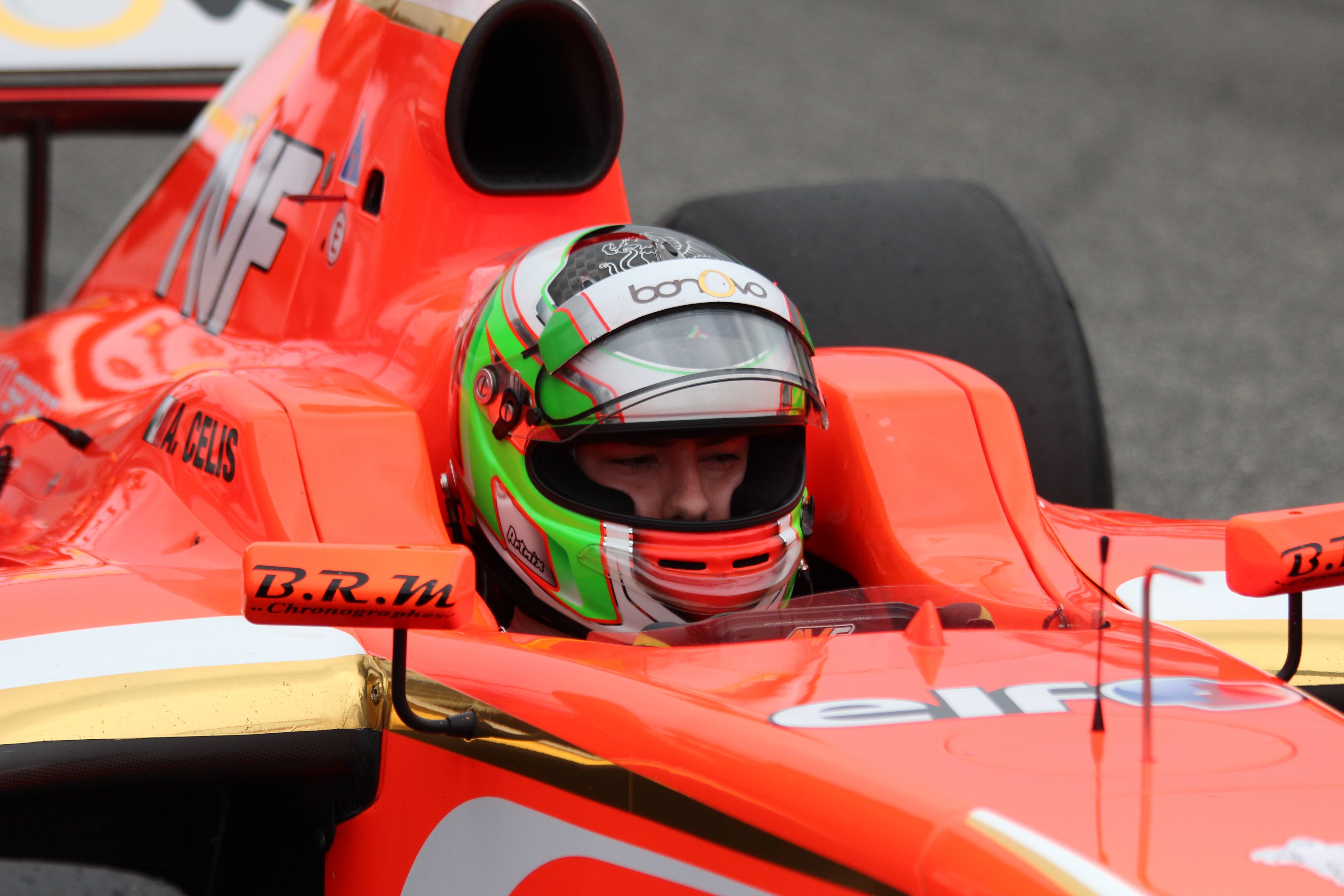 Alfonso Celis Jr is the first driver confirmed in the rebranded Formula 3.5 V8 series. Mexican will continue to drive for Catalan team’ AVF.

Celis already raced for Adrián Vallès team where he was a usual driver fighting for points positions. The Mexican continues in AVF for another campaign despite off last place in the Team’s Championship.

“AVF has been like a family for me this season. I really merged well with the team, and the car has been one of the best I’ve driven in my whole career” said the 19-years-old.

“As I’m set for my second year in the championship, staying with Adrian felt like a logical and natural choice, as he really helped me a lot growing up as a driver.”

“I’m delighted to have Alfonso with us again for the 2016 season.In addition to the fact that he is a great driver, he showed he is a phenomenal guy.

“He perfectly integrated with the team and everybody works with him really well. We are also proud to be the first team to sign a driver for the new Formula 3.5 V8 championship, a series where we hope to be among the leading contenders next year.”

We already don’t know if Celis will keep next year his combined season in GP3 and F3.5 V8, but we think that Celis will be a regular driver in the points positions.

The next Formula 3.5 V8 test will take place at Aragon on November 4-6.