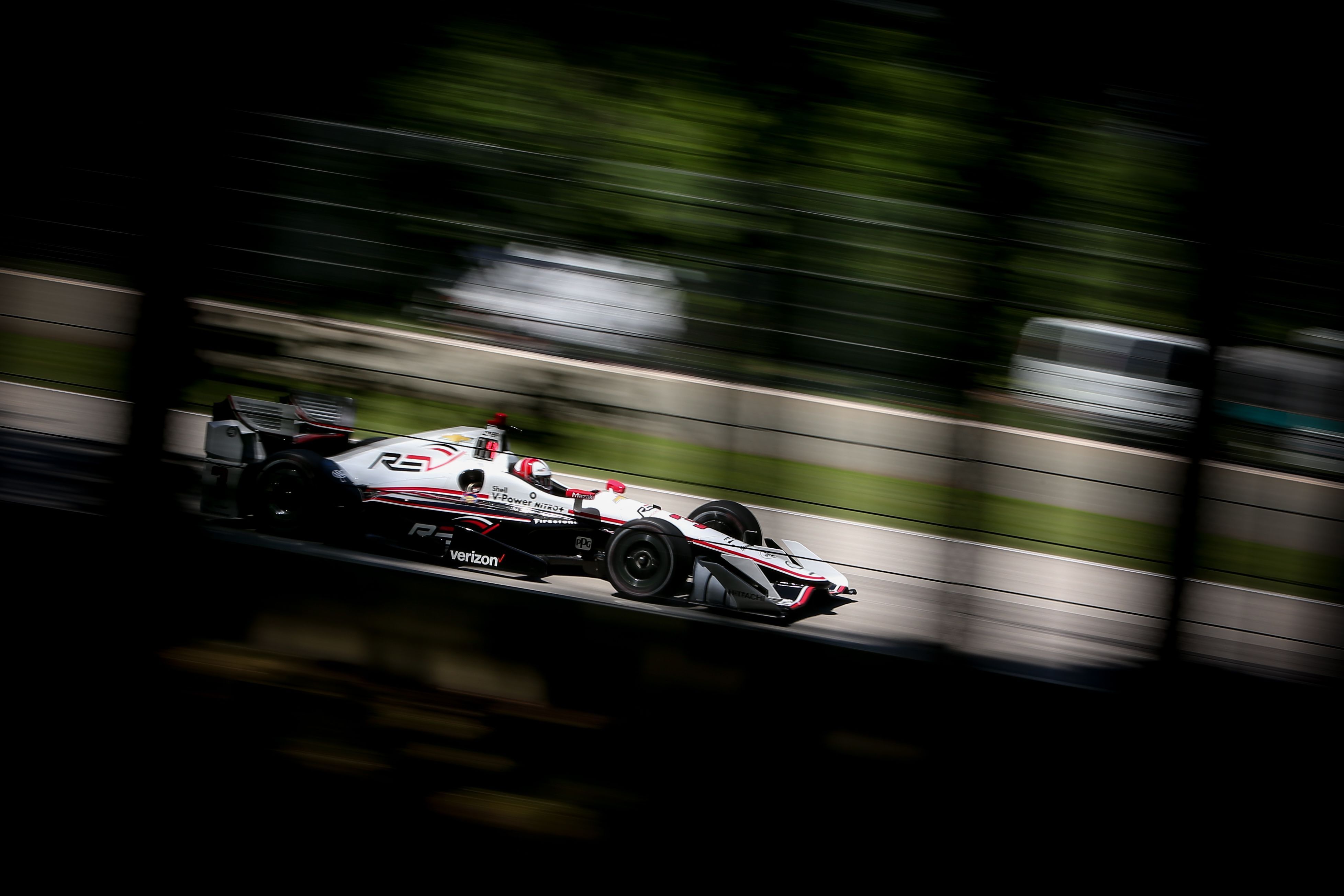 Helio Castroneves took the pole position after the qualifying session on the Road America circuit in Winconsin. The Brazilian driver advanced his three teammates from Penske.

On permanent and road circuits, the mode of qualification of groups and Fast 6 applies. Eliminated from the first group were Carlos Munoz, Alexander Rossi, Esteban Gutierrez and Mikhail Aleshin. In the second group, they were Spencer Pigot, Tony Kanaan, JR Hildebrand, Takuma Sato and Conor Daly.

In the remaining 12 drivers, the four Penske were already with a margin of 4 tenths overs their competitors. From the seventh to the twelfth place, we find on the grid : Max Chilton, Marco Andretti, James Hinchcliffe, Charlie Kimball, Ed Jones and Ryan Hunter-Reay.

In the Fast 6, Will Power seemed to be well on pole position but Helio Castroneves managed to set the fastest time in the final moments of the qualifications with a lead of 0.0604 seconds. Josef Newgarden and Simon Pagenaud completed the Top 4, then Scott Dixon and Graham Rahal, who ran on hard tires.