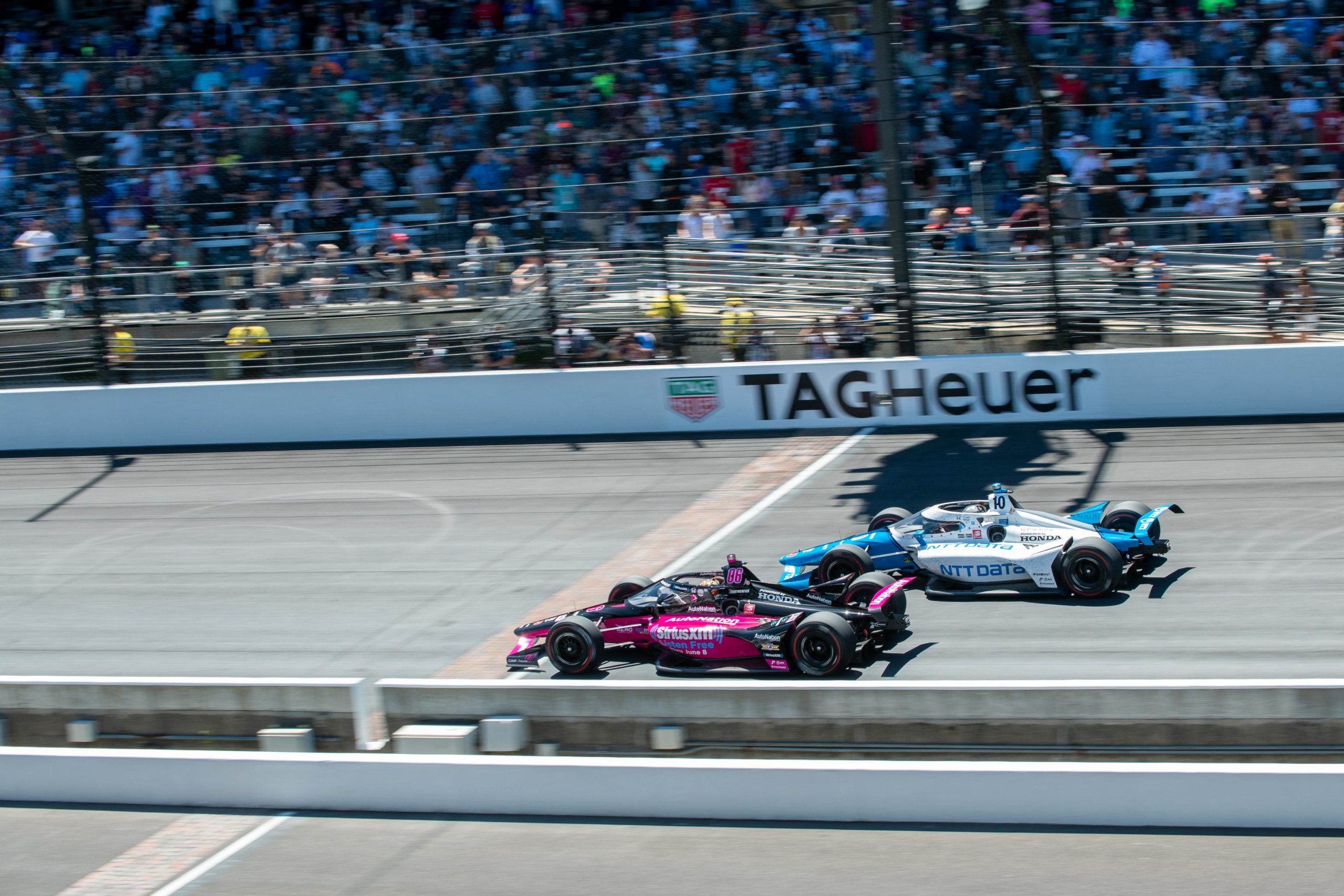 2021 Indy 500 champion Helio Castroneves (MSR) reflects on his Indy500, and offers some words of advice to runner-up Alex Palou (CGR).

After a move for the lead into turn one, Palou led Castroneves heading into lap 197 of 200. The latter didn’t attempt an overtake at any point in the following two laps, waiting until the 199th lap to pass his younger adversary in the entrance of turn one.

Castroneves says he was confident the race was his after his overtake, but he nonetheless faced an obstacle with traffic in front. “When I made the move, I said, That’s it. It was fun. When I saw Hunter-Reay in front of me, [I thought:] ‘is he going to block? What is he going to do?’

“Time again, make sure that Palou wouldn’t dive and bomb me. It was perfect. I was having a little bit of vibration towards the end, but didn’t bother me. I just kept on it, make the right tools to change the car a little bit. When I crossed the finish line, I was like, Can you believe it? I don’t believe it. Do you believe it? I was talking to myself!” Castroneves told IndyCar media.

The Brazilian didn’t just applaud himself, though: he also credits his team with providing him the best chance at victory. “Again, for me it was great to understand. I wouldn’t be able to do it without those peoples. I’m so grateful for that.”

Castroneves went on to call runner-up Palou an “incredible talent,” and encouraged the young Spaniard to think about how a second-place finish is an improvement upon his DNF in 2020’s race. “He is an incredible talent. He won the first race of the season. Nothing to be ashamed of. I finished second three times. Did I stop because of that? No.

“He did a great job. He had a great car. He did everything he possibly could. Last year he didn’t finish. This year he finished second. That’s a big improvement. He should think about the positive side, not the negative,” Castroneves insisted.

Palou himself admitted he was “hurt” that he lost, but acknowledged that it is difficult to be upset with a second-place result in only his second ever Indy 500. “It’s the beauty about racing. When it hurts, it’s good because you know there’s something better.

“When you win, it’s like the most satisfying thing. When you lose, for me, c’mon, we finished second in my second Indy 500. How can I be sad? I just hurts a little bit. Because I wanted that win more than anything, but Helio wanted it as well.

“I think all the 33 drivers wanted the same. I’m happy. I’m living the dream, man. I’m able to drive the fastest car for the best team around Indianapolis and and fight for it. Everything was good today,” Palou said.

Castroneves, meanwhile, kept his promise to visit the home of a fan, he went to pre-Indy500. The Brazilian promised to return if he won the fourth time and he kept it:

Promise made and promise kept.

When he was only a 3-time #Indy500 winner on Saturday, @h3lio visited the house decorated for him during #SpectacleOfHomes promising to return if he won on Sunday.