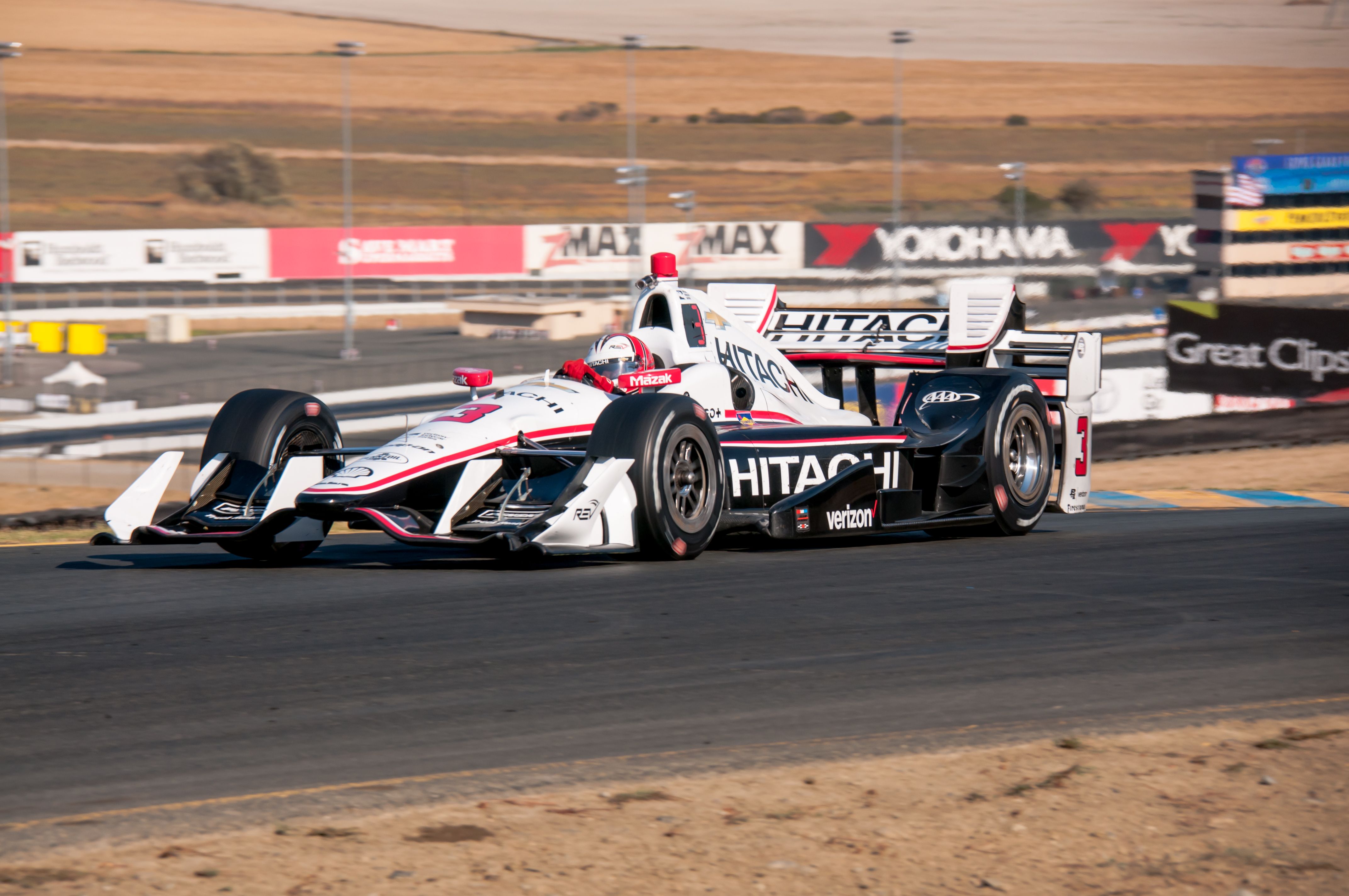 Hélio Castroneves was the quickest driver again in the second practice for the GoPro Grand Prix of Sonoma. Team Penske claimed all top-three positions as the Verizon IndyCar Series title contenders Will Power and Simon Pagenaud finished the session in second and third places, respectively.

Castroneves in the No. 3 Chevrolet set the quickest lap of 1 minute, 16.6678 seconds in the second practice, over 0.6 seconds below his quickest lap of the first practice.

Second in the Verizon IndyCar Series standings, Will Power in the No. 12 Chevy finished the session in second place, 0.0394 seconds behind his Penske teammate Castroneves. The championship leader Simon Pagenaud in the No. 22 Chevy completed the top three for Team Penske, losing 0.3079 seconds to Castroneves and 0.2685 seconds to his title rival Power.

Team Penske’s strong performance was completed by Juan Pablo Montoya in fourth place, 0.5158 from lead. The only drivers who could split the Penske quartet were Ryan Hunter-Reay in the No. 28 and Alexander Rossi in the No. 98 Andretti Autosport Honda. Hunter-Reay lost 0.3891 seconds and Rossi 0.4139 seconds to Castroneves.

In seventh place was yet another Andretti Honda, the No. 26 of Carlos Muñoz. The top ten was completed by the Chevy-powered cars of Sébastien Bourdais, Charlie Kimball, and Max Chilton, before the No. 28 Andretti Honda of Marco Andretti in 11th place.

The one-hour, fifteen-minute session was red-flagged twice in its final ten minutes. With ten minutes to go, smoke started to come out of Conor Daly’s No. 18 Dale Coyne Racing Honda, which looked like a blown engine. Daly finished the session in 22nd place as the slowest driver, 2.1734 seconds from lead.

The session could resume in its final five minutes, yet was quickly red-flagged again as Rossi’s No. 98 Honda had stopped on track. The session was no longer resumed after that red flag.

Full results of the second practice session can be found here. 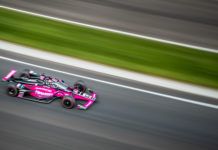