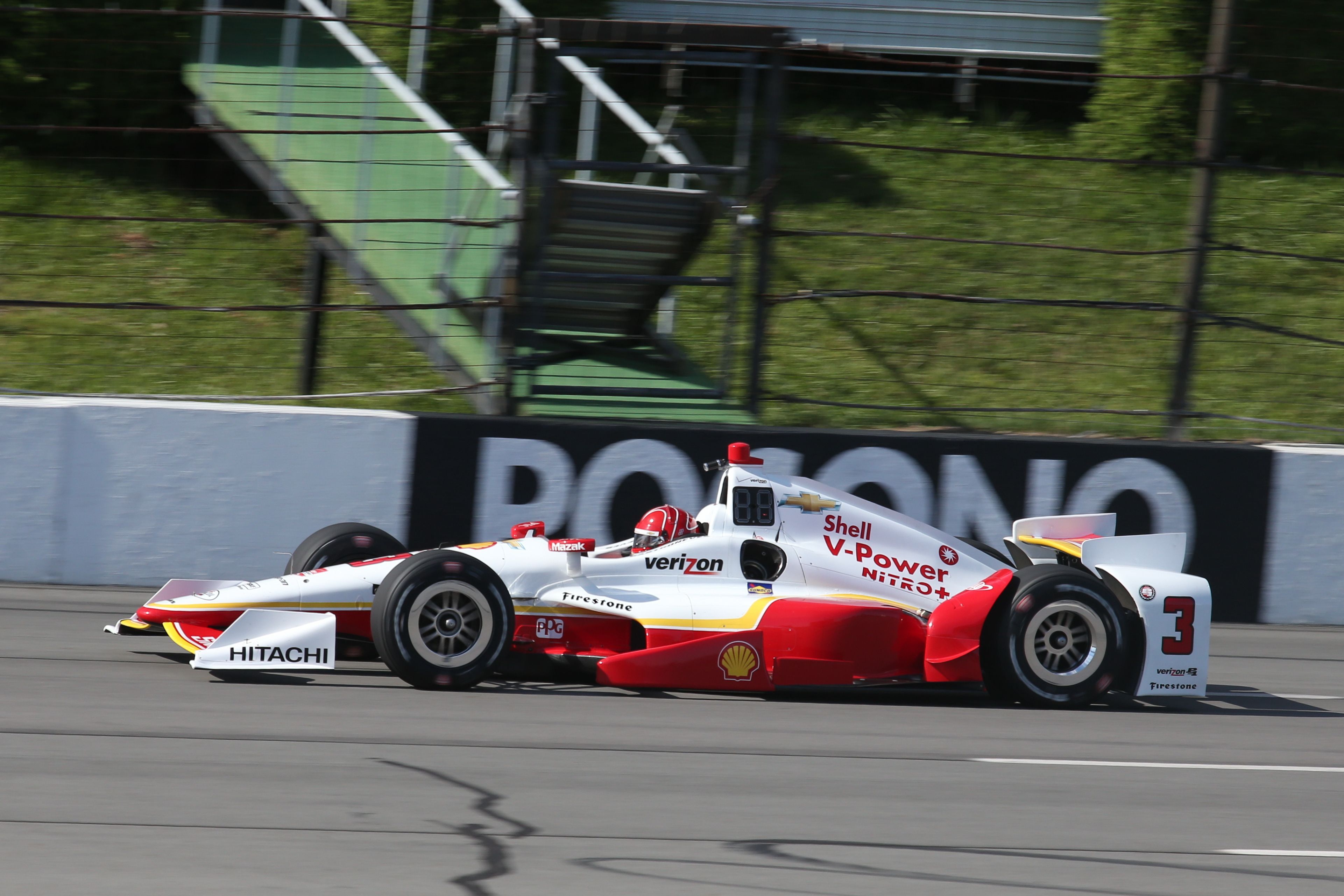 Helio Castroneves has been the fastest in Pocono to take his fourth pole position in Verizon IndyCar Series where he beat teammates, Simon Pagenaud and Will Power. Montoya, championship leader, will start from 19th place as the current runner-up of the championship, Rahal is the first Honda on fifth place.

Perfect lap times for Helio Castroneves. The 3 times Indianapolis 500 winner takes the pole position by 0.1 mph ahead of his teammates, Simon Pagenaud and Will Power. It’s the 45th pole for the Brazilian in his career. Top3 are for Penske but top4 is for Chevrolet with Josef Newgarden on P4 for tomorrow’s race.

The Honda dominated in the middle of the field with Rahal fifth, Muñoz sixth, Wilson seventh, Hunter-Reay eight and Sato ninth in front of championship contenders, Sébastien Bourdais and Scott Dixon.

Behind Dixon, his teammate and 2004 champion, Tony Kanaan who is follow by several Honda drivers, where the Dale Coyne cars of Vautier and Mann who did a great qualifying to finish on 13th and 17th.

On 19th will start Juan Pablo Montoya. The championship point’s leader did a mistake at turn 1 that cost him several positions.

But he wasn’t the worst driver of the session, Andretti almost crashed as Kimball spun off at turn 3 and crashed into the wall causing the red flag situation for an hour to repair the fence and the track. The driver walks away.

Last position for Coletti who after his crash on practice, he didn’t have the car ready for the qualifying.