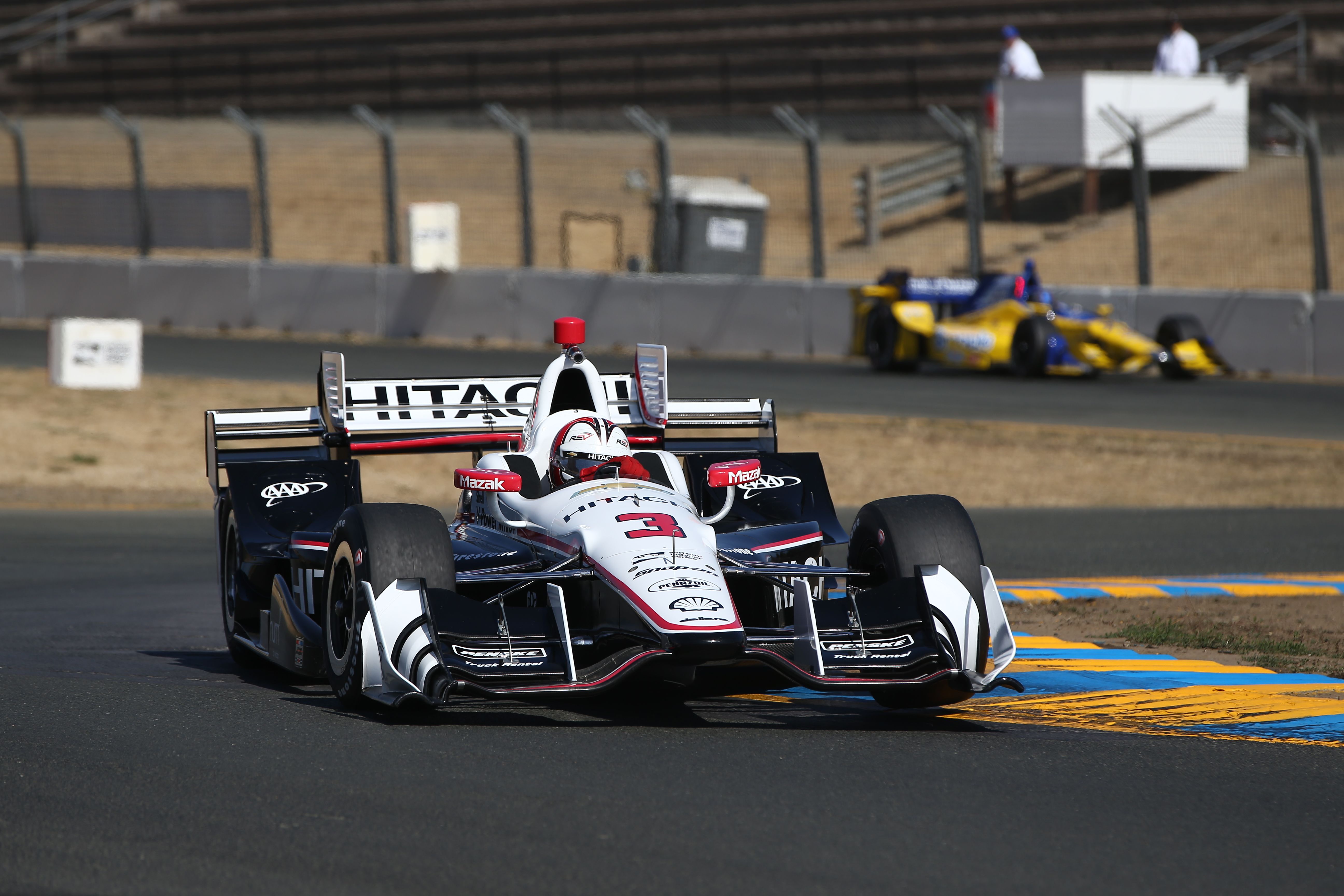 Hélio Castroneves set the quickest lap in the opening practice for the GoPro Grand Prix of Sonoma, yet his Chevrolet-powered Team Penske machine was followed by five Honda-powered cars.

Castroneves in the No. 3 Team Penske Chevrolet set the quickest lap by 0.1313 seconds to Marco Andretti who led the strong performance of Honda-powered cars in his No. 27 Andretti Autosport machine.

The big battle at Sonoma Raceway will be for the Verizon IndyCar Series title between Team Penske teammates Simon Pagenaud and Will Power. The championship leader Pagenaud in the No. 22 Chevy was 10th in the opening practice, 0.5198 seconds from his teammate Castroneves. Power in the No. 12 Chevy was only 17th, 0.7506 from lead.

However, the Penske drivers didn’t spend a lot of time on track in the session. Pagenaud turned five laps, Power and Castroneves four, and Juan Pablo Montoya eight laps, finishing in 12th place. For comparison, the second-placed Andretti turned 15 laps and the third-placed Rahal 20 laps.

Full results of the first practice session can be found here.

Friday at Sonoma Raceway will continue with the second practice at 2:45 pm Pacific time (11:45 pm CET).