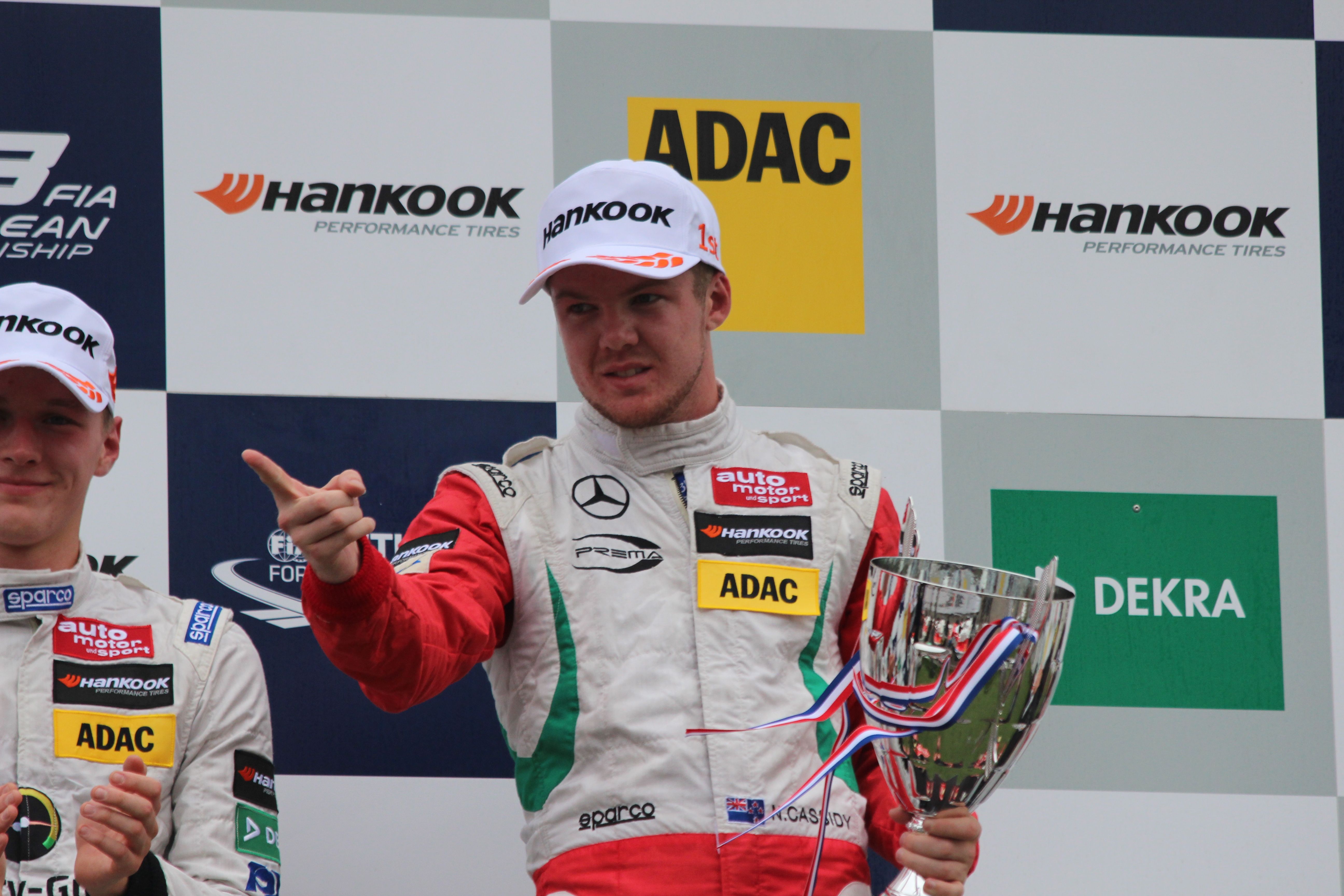 The second race showed and confirmed that Zandvoort this weekend is all about Prema Powerteam versus Van Amersfoort Racing.

Ilott lost the first place at the start and was overtook by Cassidy and Günther who escaped from the British to set another one-two for Prema.

Behind them Anthoine Hubert (Van Amersfoort Racing) finished fourth, driving really close to the leaders and been the first rookie driver. Alessio Lorandi (Carlin) confirms the good potential that he has got here and finished fifth out of problems.

In sixth place finished Ralf Aron (Prema Powerteam) who didn’t had any pace, that made David Beckmann (kfteile24 Mücke Motorsport) anxious and with radio problems the driver couldn’t overtook the Estonian, finishing seventh.

Completes the top10, Ben Barnicoat (Hitech GP) eight, George Russell (Hitech GP) ninth, and Joel Eriksson (Motopark) tenth. But who really finished tenth was Nikita Mazepin (Hitech GP) who received a penalty because his car wasn’t in the right position at the start.

Lance Stroll despite abandon, continues leading the championship with 259 points, “Maxi” Günther is second with 178, third is Callum Ilott with 165 points Nick Cassidy fourth with 154, Russell still fifth with 134, as Ben Barnicoat is sixth with 100 points.

The rookie championship still one to watch, thanks to his 4th position today, Anthoine Hubert is leading by 2 points over Aron, Barnicoat is third only 6 points behind.