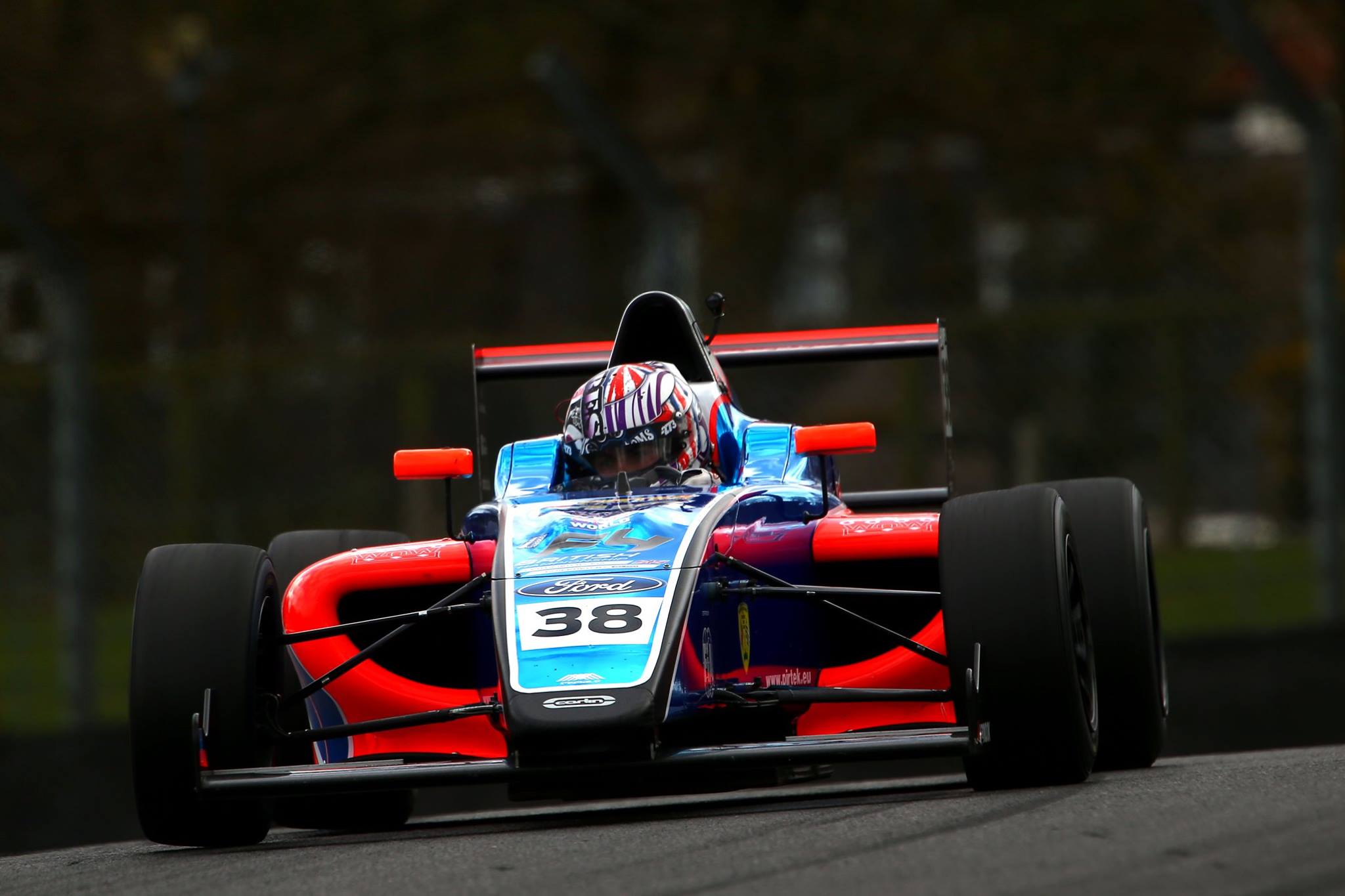 Jamie Caroline and Carlin doubled their victory tally in the opening weekend of the F4 British Championship certified by FIA – powered by Ford with another sublime win from pole position.

Caroline mastered the start and just as he did on his way to victory 24 hours earlier, pulled away from the field setting fastest lap after fastest lap.

However, as had been the case in race one the chasing TRS Arden pair of Oscar Piastri and Alex Quinn began to turn the tables, lapping faster than anyone else in the latter half of the race; Quinn recording fastest lap in the process.

It wasn’t quite enough to bridge the gap to Caroline who was flying out front; his second victory earning him another 25 points and ensuring he leaves Brands Hatch with a 19 point lead in the championship standings. A dream start to the season for the talented teenager from Warlingham, Surrey.

Behind Sargeant came Billy Monger in seventh who made it a hat-trick of Ford F4 Challenge Cup class wins, but he was pushed hard by Oliver York (Fortec Motorsports) who finished less than two tenths behind the JHR Developments driver.

Harry Webb (Richardson Racing) was the final points scorer, adding another point to his tally following his 10th place finish earlier in the day. Webb found himself in the thick of a six-car battle for much of the race which stretched from Sargeant in sixth all the way to Karl Massaad (Double R) in 11th.

Jamie Sharp (Sharp Motorsport) recorded his best finish with an aggressive drive which saw him race wheel-to-wheel with with Jacky Liu (GW Motorsport). At one point Sharp was dancing through the gravel as he tried to find a way around Liu on the outside of Paddock Hill Bend. Sharp persevered and found a way through, passing Baltas late on who was unlucky not finish in the points due to being hampered by contact late on.

Carlin’s Lucas Alecco Roy finished inside the top 15 with Double R’s Daniel Cao 16thand Lundqvist having to retire from the race.

The Ford EcoBoost-powered action resumes in two weeks’ time at Donington Park which is sure to provide plenty more thrilling wheel-to-wheel racing from some of motorsport’s brightest young stars.