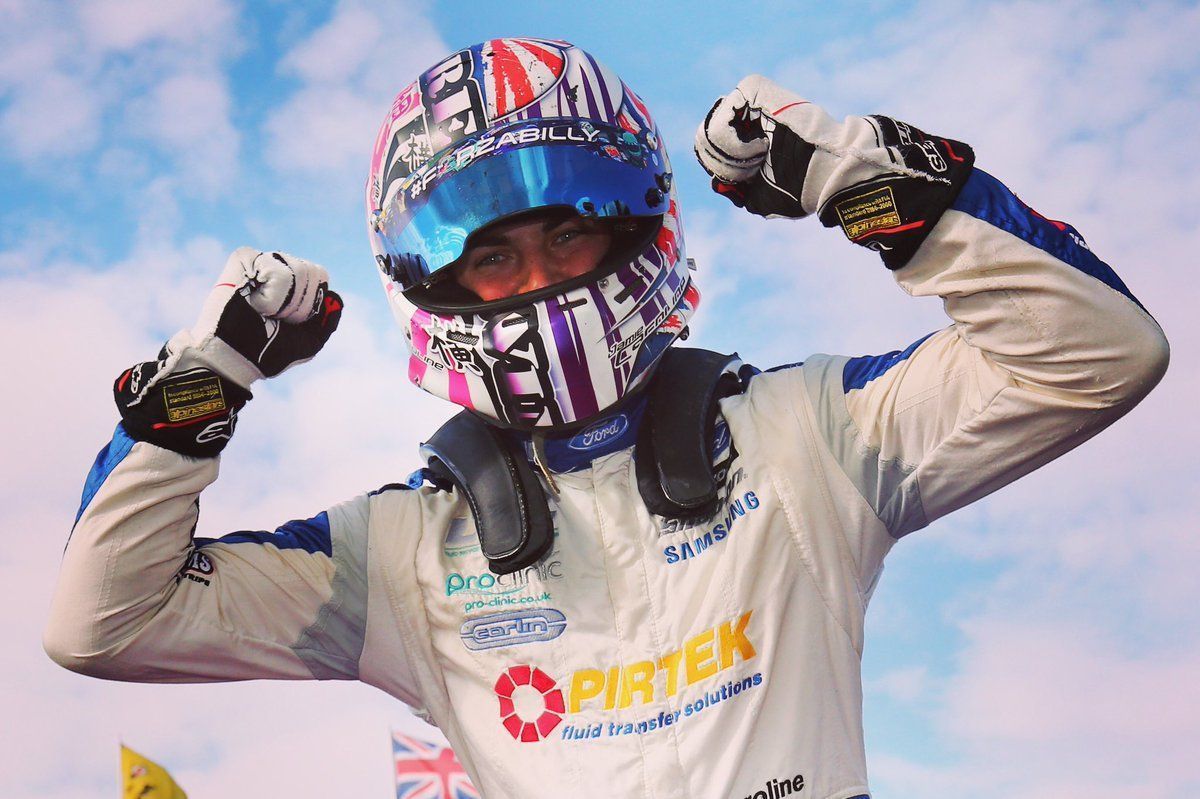 Jamie Caroline extended his advantage at the top of the F4 British  standings by winning the rescheduled Round 12 race from Oulton Park at Knockhill. He was followed home by team-mate Logan Sargeant who ensured Carlin recorded their second one-two finish of the campaign.

A lightning getaway from pole saw the Pirtek Racing-backed rising star unchallenged into turn one and proceed to execute a textbook race on the way to his 10th Ford EcoBoost-powered victory of 2017.

With clear air in front of him the 18-year-old unleashed his prodigious pace around the 1.27-mile Fife track, extending his margin over the field at a formidable rate. Not even a Safety Car period for the stricken car of team-mate Patrick Pasma, which wiped out Caroline’s 9.3 second lead on lap 11, could spoil the championship leader’s party.

He mastered the restart and had enough in hand to keep Sargeant at bay, recording the fastest lap of the race on the very last lap.

From third on the grid Sargeant put second place man Oscar Piastri under immense pressure from the outset, pulling off an intelligent move on the way to the chicane several laps into the race.

Not for the first time this season the F4 UAE graduates provided a thrilling squabble, although Piastri dropped down the order on lap eight due to a technical gremlin.

Piastri’s problems promoted Double R Racing’s Karl Massaad to the podium, who had already profited from his team-mate Linus Lundqvist’s demise earlier in the race.

It was the first time Massaad had been on the podium since the Thruxton meeting in May. The Lebanese karting champion kept his cool in tricky conditions to return to the rostrum.

As was the case in the earlier race Lundqvist was aggressive from the start and soon found himself tucked up underneath the rear wing of Quinn. He jinked from left to right repeatedly to try to force the Cornish ace into a mistake, but couldn’t find a way through.

Lundqvist wouldn’t relent however, and pulled off a sublime move around the outside of Quinn at Taylor’s Hairpin. However, his race came undone when going off track at turn one after running side by side with Piastri.

The Swede regrouped and embarked on a comeback through the field, but was later forced to retire due to overheating as a result of the off track excursion. Quinn didn’t fare much better, forced to retire on lap five due to a mechanical problem.

Just missing out on a podium spot was Fortec Motorsports’ Oliver York who had a storming race to make his way up the order from 10th on the grid. It also saw him take his eighth and final win in the Ford F4 Challenge Cup.

The talented teenager was allowed to fight for Class honours courtesy of this being the Round 12 race which should have taken place earlier in the year at Oulton Park when York was eligible to compete in the Class. The win means he was able to extend his advantage at the top of the standings by seven points.

Harry Webb looked a contender for fourth and the Challenge Cup win only for front wing damage to hinder his prospects. The Richardson Racing driver defended valiantly in the closing stages despite the damage and still salvaged a seventh place finish; behind Ayrton Simmons in fifth who made up several places from eighth on the grid and Piastri in sixth.

Jacky Liu rounded off a landmark day for GW Motorsport. Just hours after the team’s first top 10 finish, Liu followed it up with an eighth place finish to score his first points of the campaign.

Jamie Sharp was back in the points for Sharp Motorsport and despite venturing off track Lucas Alecco Roy doggedly persevered to bring home 10th and take the final point for Carlin.