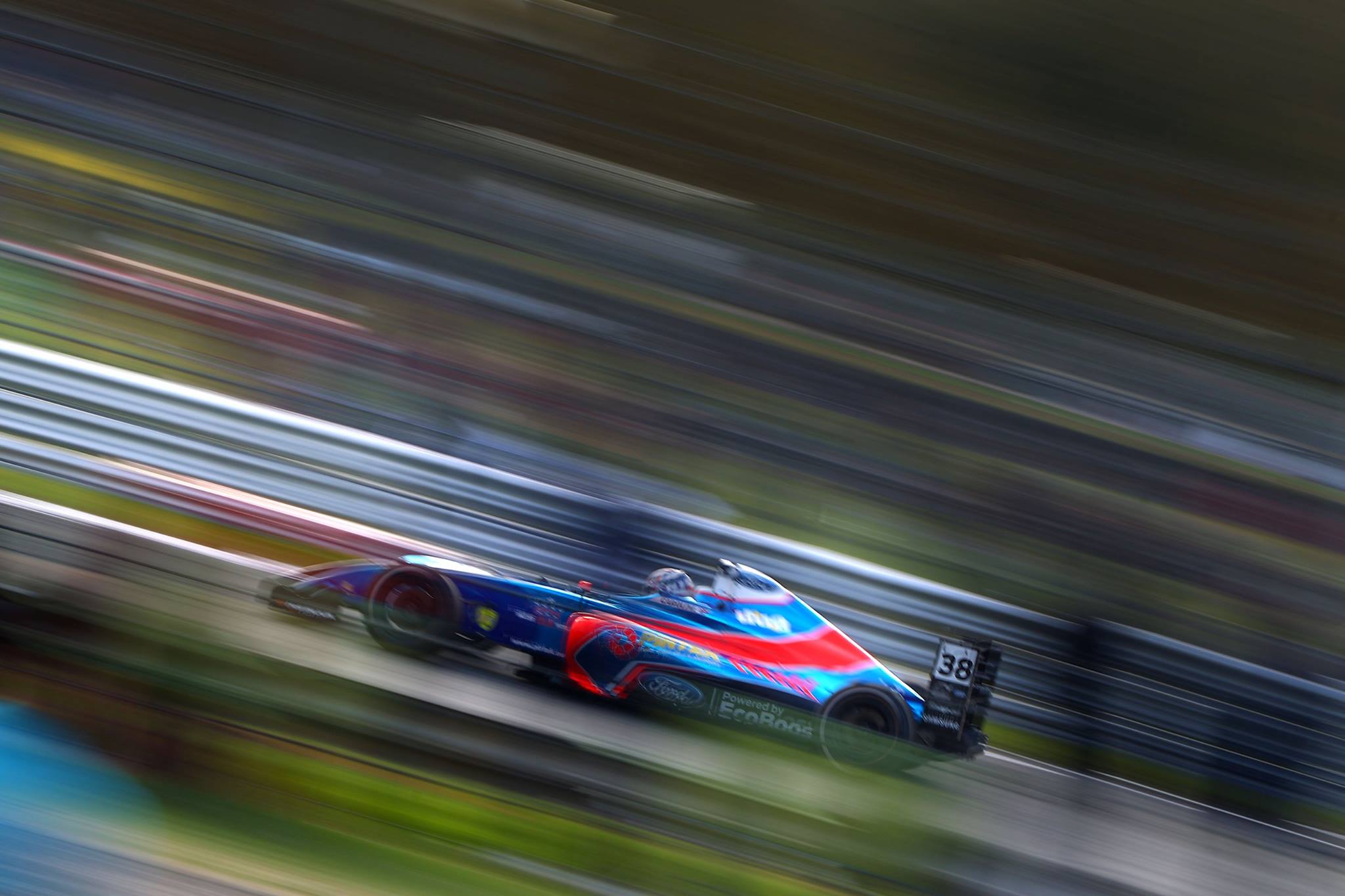 Jamie Caroline and Carlin made is two wins in quick succession at Donington Park in the F4 British Championship certified by FIA – powered by Ford EcoBoost following a masterful drive from sixth on the grid.

A trademark Caroline opening lap saw him scythe through the order with some truly audacious overtaking. The Warlingham racer running around the outside of Linus Lundqvist and Billy Monger into turn one, and immediately setting his sights on Oscar Piastri and Oliver York who he dispatched seconds later at McLeans.

Not content with second, the Pirtek Racing-backed star then snatched the lead of the race from poleman Patrik Pasma with an opportunistic lunge going into the final chicane. Vintage Caroline and British F4 at its very best.

Following his double win at Brands Hatch the championship leader proclaimed that he had his sights set on winning all three races in a single British F4 meeting. A feat never achieved in the series before. Yet on the back of this performance he stands on the brink of history going into the final race of the weekend.

Caroline’s opening lap heroics were far from the only wheel-to-wheel exploits in the race. Having got past Piastri at the start, York diced with Pasma in an entertaining battle for second. The Fortec Motorsports driver triumphed and impressively matched the pace of Caroline out front on his way to a maiden podium and his first class win in the Ford F4 Challenge Cup,

Despite losing out to York, Pasma was still content with third, especially after a thrilling race-long duel with Piastri, Harry Webb and Ayrton Simmons, which was also joined by Jamie Sharp in the final stages.

Piastri looked favourite for the final podium spot for much of the race, his TRS Arden-prepared racer had no shortage of pace as the young Aussie tried to fashion a deft overtaking manoeuvre to overcome Pasma’s robust defence.

However, in Piastri’s bid to get past, it was an opportunistic Harry Webb who seized the chance to squeeze by Piastri for fourth and then take the fight to Pasma. Although Webb couldn’t quite reach the podium is was a fantastic result for the Richardson Racing team. The best of the season for both them and their talented racer. A just reward following a pre-season full of promise.

Like his team-mate Piastri, Simmons showcased excellent pace, climbing five places from his starting position to bring home solid points in sixth. Meanwhile, having had his first taste of points in race one, Jamie Sharp was at it again, gaining a place to finish seventh for Sharp Motorsport to round off a fantastic day for Joe Sharp’s fledgling team.

JHR Developments driver Billy Monger was another who succumbed to a technical glitch on the opening lap. Elsewhere, Logan Sargeant (Carlin) and Yves Baltas (TRS Arden) looked contenders for the top 10, Sargeant running as high as fourth at one point. However, damaged front wings scuppered their chances, with Lucas Alecco Roy succumbing to a similar fate from accident damage.

Sargeant was rapid following his front wing change. Fastest lap and the only man to pass Jamie Caroline (albeit to un-lap himself) coming as some consolation as he finished behind JHR’s Manuel Sulaiman.